Listeriosis: WHO Cautions Nigeria, Others

The World Health Organization (WHO) has cautioned Nigeria and 15 other African countries over listeriosis outbreak that started in South Africa in 2107. The other African countries are Angola, Botswana, the Democratic Republic of Congo, Ghana, Lesotho, Madagascar, Malawi, Mauritius, Mozambique, Namibia, Swaziland, Tanzania, Uganda, Zambia and Zimbabwe. Listeriosis is a bacterial infection most commonly…”
Editor
News 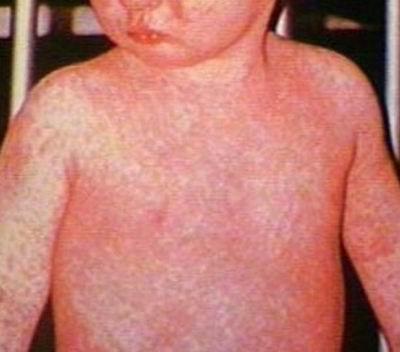 The World Health Organization (WHO) has cautioned Nigeria and 15 other African countries over listeriosis outbreak that started in South Africa in 2107.

Listeriosis is a bacterial infection most commonly caused by Listeria monocytogenes. It can cause severe illness, including severe sepsis, meningitis, or encephalitis, sometimes resulting in lifelong harm and even death. Listeria is ubiquitous and is primarily transmitted via the oral route after ingestion of contaminated food products.

The organization also confirmed its support for their preparedness and response to the disease.

According to WHO numbers, nearly 200 South Africans have died since January 2017 as a result of contaminated ready-to-eat meat products that are widely consumed in the country and may also have been exported to two West African countries and 14 members of the South African Development Community.

South African health authorities recently declared the source of the outbreak as a factory in Polokwane, in the country’s northeast.

This prompted a national and international recall of the food products.

However, in light of the potentially long incubation period of listeriosis and the challenges relating to large scale nationwide recall processes, further cases are likely to occur.

Whole genome sequencing of isolated strains of the Listeria bacteria was used to make the link between the contaminated products, the producing company and strains of Listeria isolated from the patients.

The WHO is currently supporting further genome sequencing to determine which cases are linked to this on-going outbreak.

In March, South Africa hosted a meeting of SADC health ministers to address regional preparedness and response to listeriosis.

The WHO, however, does not currently recommend any trade related measures in relation to the current outbreak of listeriosis in South Africa, other than the recall of products identified as sources of infection.

The UN health agency is working with the 16 priority countries to improve their ability to prepare for, detect and respond to potential outbreaks.

Immediate steps include increasing awareness on listeriosis, enhancing active surveillance and laboratory diagnosis, ensuring readiness of Rapid Response Teams, and strengthening coordination and contingency planning. Experts have been deployed to South Africa, Lesotho and Swaziland to support these efforts.

“This outbreak is a wake-up call for countries in the region to strengthen their national food safety and disease surveillance systems,” said Dr. Matshidiso Moeti, WHO regional director for Africa.

Alleged Molestation Of A Minor: Defilement Video Was Mere Rehearsal