List of what to watch out for the Emmy Awards

Hollywood’s A-listers will don their black-tie best on Monday for the 70th Emmy Awards, which honor the best in television. After a year off, HBO’s wildly popular fantasy epic “Game of Thrones” — which earned a whopping 22 nominations — is expected to make a big comeback. It already won seven Emmys in technical categories….”
Editor
Entertainment 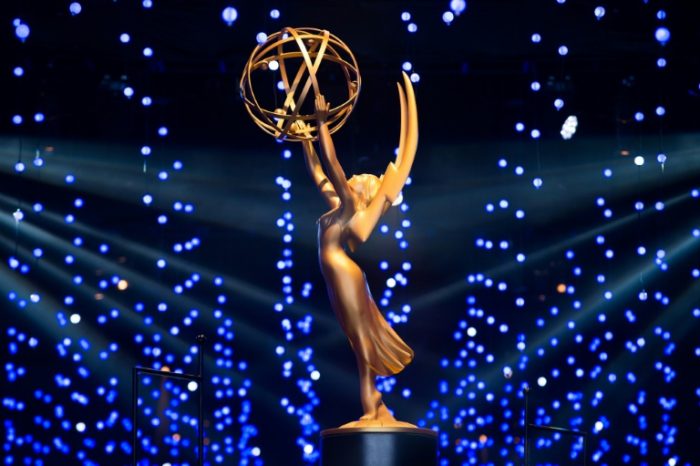 Hollywood’s A-listers will don their black-tie best on Monday for the 70th Emmy Awards, which honor the best in television.

After a year off, HBO’s wildly popular fantasy epic “Game of Thrones” — which earned a whopping 22 nominations — is expected to make a big comeback. It already won seven Emmys in technical categories.

But evergreen NBC sketch show “Saturday Night Live” is close behind with 21 nominations, and it too scooped up seven awards ahead of the main ceremony.

And “The Handmaid’s Tale,” Hulu’s flagship drama based on Margaret Atwood’s dystopian novel of the same name and last year’s best drama winner, is certainly in the hunt for more statuettes, with 20 nominations and three awards so far.

Here are five things to watch for on Monday night:

1. How will #MeToo be handled?

The #MeToo movement erupted after last year’s Primetime Emmys, meaning it is likely to hover over this year’s event.

Female-driven programs like “The Handmaid’s Tale” — star Elisabeth Moss is shown here — are among the top Primetime Emmy nomination getters this year, but a new study shows 70 percent of the non-acting nominations went to men
The departure from CBS of its powerful CEO Les Moonves under a cloud of sexual misconduct allegations will not go unnoticed at Monday’s gala.

Female-driven programs like “The Handmaid’s Tale,” “The Marvelous Mrs Maisel” and “The Crown” are among the top nomination getters this year.

But earlier this month, the Women’s Media Center released a report showing that 70 percent of the non-acting nominations went to men — and only six percent of the nominated directors were women, down from 10% in 2017.

2. How much will Trump weigh on gala?
Actor Alec Baldwin — shown here at the Toronto International Film Festival earlier this month — is up for another Emmy for his portrayal of Donald Trump on “Saturday Night Live”
With “SNL” stars Colin Jost and Michael Che hosting the Emmys, and Alec Baldwin once again nominated for his portrayal of President Donald Trump, this year’s gala is once again likely to be a political one.

Jost told Vanity Fair that he and Che hope to make the show “less political than normal,” but if recent awards shows are any indication, that might be difficult in resolutely Democratic Tinseltown.

At the Tonys in June, Robert De Niro got a standing ovation for using an expletive to condemn Trump. At the Oscars in February, Mexican director Guillermo del Toro made a plea for immigrants.

3. Will Netflix break through
For the first time, Netflix this year led all other platforms with 112 Emmy nominations, besting perennial heavyweight HBO
In July, the streaming giant finally wrested the top spot from premium cable network HBO in terms of most nominations — 112 to 108. But will that translate into more actual trophies?

Last year, HBO took home 29 Emmys, to Netflix’s 20. After the Creative Arts Emmys — the technical awards handed out ahead of the main event — HBO had a slim lead, 17 to 16.

HBO has “Game of Thrones” and “Westworld” in its stable, while Netflix heads into battle with “The Crown,” “Stranger Things” and 1980s women’s wrestling comedy “GLOW.”

4. Can stars of ‘The Americans’ win?
Actors Matthew Rhys (L) and Keri Russell — shown here in Hollywood in May — are both up for Emmys for their work on the final season of “The Americans”
Critical darling “The Americans” — a sweeping saga about sleeper Soviet agents in America — has earned 18 nominations over its six-season run, but only two wins — both for guest actress Margo Martindale.

Series stars Keri Russell and Matthew Rhys are both nominated for the third time this year for their work in the acclaimed drama.

Can one — or both — of them finally take home a final hurrah Emmy, as Jon Hamm did for “Mad Men”?

5. Another big night for Donald Glover?

On the comedy side of the Emmys, the field is wide-open, with perennial winner “Veep” out of the picture. Can “Atlanta” — Donald Glover’s funny take on the rap scene in the Georgia capital — take top honors?

US actor Donald Glover — shown at the BET Awards in Los Angeles in June — could have a big Emmys night on Monday
Last year, Glover won twin statuettes for acting and directing, after capturing two Golden Globes.

It’s been another big year for the multi-talented 34-year-old, who raps under the name Childish Gambino and took home a Grammy in January for best traditional R&B performance.

He lit the internet ablaze in the spring with his controversial single “This Is America” and its wacky video. He co-starred in the latest “Star Wars” movie. And last week, he launched a US concert tour.

A few more Emmys, including the best comedy prize, could be the icing on the cake of a ferocious 2018.

Demi Lovato Speaks Up After Her Drug Overdose

Tonto Dikeh Becomes The First Person To Write In Tongues

TeeBillz Defends Tiwa Savage After She Was Accused Of Copying Beyonce