Nigeria’s federal government has chosen to declare a war on hate speech. Some of its senior-most officers appear uncertain about the applicable laws. Keen not to be left behind, the ruling party seems willing to make a party political issue out of the matter. The desire of the government is not misplaced but any effort…”
Editor
Op-Ed 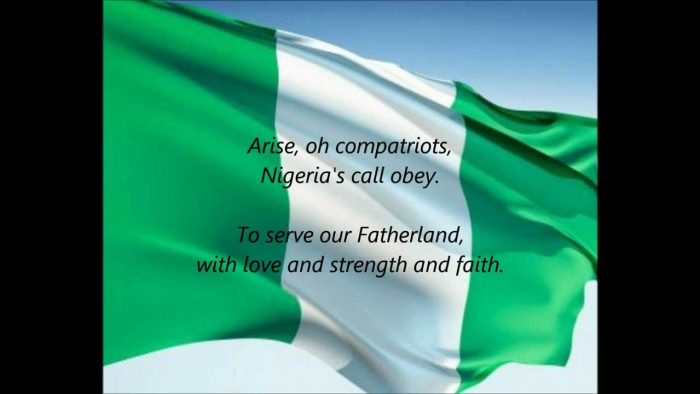 Nigeria’s federal government has chosen to declare a war on hate speech. Some of its senior-most officers appear uncertain about the applicable laws. Keen not to be left behind, the ruling party seems willing to make a party political issue out of the matter. The desire of the government is not misplaced but any effort to gain party political mileage out of hate speech risks destroying a currency that should be jealously guarded.

Addressing the National Economic Council in Abuja on August 17, 2017, Vice President Yemi Osinbajo announced that the government had “drawn a line against hate speech, it will not be tolerated, it will be taken as an act of terrorism and all of the consequences will follow it”. He explained that “hate speech is a specie of terrorism. Terrorism as it is defined popularly is the unlawful use of violence or intimidation against individuals or groups especially for political ends.”

Five days earlier, on August 11, Interior minister, Abdulrahman Dambazau, a retired General, informed the media at the end of a meeting of the leadership of the ruling All Progressives Congress (APC), that “a draft bill to the Ministry of Justice on hate speech which will go as an executive bill after passing through the Minister of Justice and Attorney General of the Federation to the National Assembly.” Right on cue, Senate president, Bukola Saraki, announced on August 15 that the National Assembly will consider such a bill on a fast track.

The optics of using a party meeting to enunciate a policy on hate speech didn’t look good. Even worse, the Interior minister was wrong in law and in fact: Nigeria does not need a new law to deal with hate speech. There are ample laws in the books.

Vice President Osinbajo clearly knows. He is a law professor, a Senior Advocate of Nigeria (SAN) and one of Nigeria’s brightest lawyers, and it shows. Nigeria’s Terrorism (Prevention) Act of 2011, amended in 2013, prohibits among many things, acts that “seriously intimidate a population”. These include acts that “incite, promise or induce any other person by any means whatsoever to commit any act of terrorism.”

The Electoral Act prohibits “abusive language directly or indirectly likely to injure religious, ethnic, tribal or sectional feelings”, as well as the use of “abusive, intemperate or slanderous or base language or insinuations or innuendoes designed or likely to provoke violent reaction or emotions.” Incitement to hate is a crime under both the Criminal and Penal Codes.

The rationale for this in law is obvious: hate speech is not protected speech.

Four questions, however, call for attention. First, what is hate speech? The answer to this is not easy. In September 2013, the United Nations Committee on the Elimination of Racial Discrimination (CERD) issued General Comment No. 35 on “Racist Hate Speech”, in which it clarified that, “hate speech can take many forms and is not confined to explicitly racial remarks.” The Committee pointed out that “speech attacking particular racial or ethnic groups may employ indirect language in order to disguise its targets and objectives.” The jurisprudence has somewhat tracked the famous formulation of US Supreme Court Justice, Potter Stewart, from 1964, in relation to obscenity: “I shall not today attempt further to define the kinds of material I understand to be embraced within that shorthand description and perhaps I could never succeed in intelligibly doing so. But I know it when I see it.”

Second, how often does hate speech occur in Nigeria and how serious is it? Digital expression has enhanced both the immediacy of hate speech and the capacity to monitor it. The Centre for Information Technology and Development (CITAD) in Kano, which tracks hate speech in Nigeria, has recently published an analysis of its monitoring, undertaken over six months covering June to December 2016. Over this period, it recorded 6,258 incidents, a monthly average of 1,043 incidents. Hate speech directed at religion accounted for 2,603 or 41.59 percent, while those directed against ethnicity or tribe accounted for another 39.13 percent. In other words, between them, religion and ethnicity were the focus of 80.72 percent of the incidents of recorded hate speech. With considerable understatement, CITAD concludes that “this means that Nigerians are becoming (more) ethnically and religiously insensitive, even intolerant.”

Third, why now? Hate speech in Nigeria is not new but it seems to have gotten worse with increasing political competition. In 2011, following the post-election violence (PEV) in parts of northern Nigeria, President Goodluck Jonathan constituted an Investigative Panel headed by Sheikh Ahmed Lemu, former Grand Khadi of Niger State. In its report, the Sheikh Lemu Panel found a pattern of “threats, verbal intimidation, hate speech, disinformation” and concluded that a major cause of the PEV was “inflammatory campaign utterances of politicians….reinforced by the preaching of divisive sermons of hate and hostility in mosques and churches across the country.” In its advisory on election violence in February 2015, the National Human Rights Commission complained of an election “characterized by bellicose rhetoric” and “a rise in hate speech”. Government has been somehow unwilling to act firmly with the instrumentality of the law but it’s never too late to do right.

Fourth, how can we deal with hate speech? Information minister, Lai Mohammed, claims that “all these fake news/hate speech is just to distort the hard work of the government,” and asks Nigeria’s media to “self-regulate or self-destruct.” The figures don’t support him and his effort to appropriate concern about hate speech for partisan political purposes is dreadful and desperate. His lines feed a strong perception that an increasingly intolerant ruling party has cottoned onto hate speech not out of any altruistic reasons but to undercut free expression. That is not allowable.

It is necessary to get the diagnosis right. In his Reflections on the Nigerian Civil War: Facing the Future, published in 1969, Ralph Uwechue laments that “the principal cause of our current tragedy is bitterness born of misunderstanding.” In October 1972, then head of state, General Gowon, condemned political activity “which tend to cause sectional hatred”. Far from progress, the country has retrogressed deeply in the intervening 45 years. The pathology of hate in Nigeria has deep roots and considerable resilience. We don’t have enough bullets to shoot it into extinction.

Effective and even-handed law enforcement can help. Government communication needs to be more honest and transparent. To achieve that, it will need to be conducted more in verbs and less in adjectives.

Above all, visionary leadership is needed to mediate bitterness and misunderstanding and give every section of Nigeria a sense of equal worth, not necessarily attained at the expense of others. In this enterprise, however, Nigeria has largely been luckless. Military rule profited from manufactured divisions while spouting hollow doctrines of unity. The PDP governments of recent years made a mess. President Buhari promised to change it but has deepened the mess. Segun Adeniyi is right when he wrote recently that “the post-election utterances of President Muhammadu Buhari energised certain subliminal impulses in our society.” Partisanship on hate speech will guarantee that we’ll never be able to get those impulses under control.

Is It Time To Occupy The National Assembly Until…, By Ilesami omabomi

Need To Be Cautious In Taking Drugs