Members of the Ladoke Akintola University of Technology’s Alumni Association have elected leaders into various positions. The election, which was held at the Ogbomoso campus of the institution on Saturday, 14th November, 2020, had delegates from all the 12 chapters. Hon. Onilede Solomon was returned as the Global President, while Hon. Olalekan Badmus, who is…”
Yusuf
News 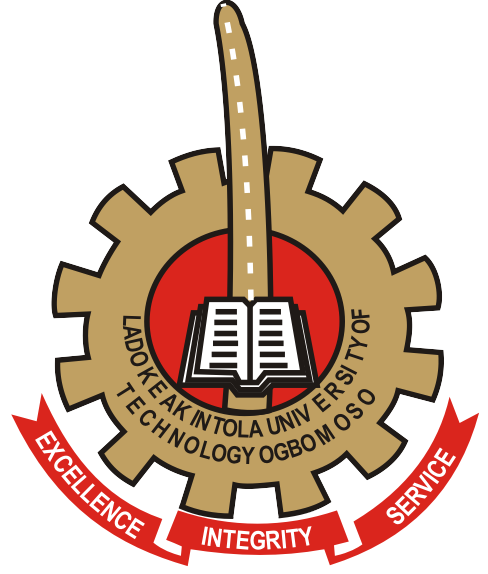 Members of the Ladoke Akintola University of Technology’s Alumni Association have elected leaders into various positions.

The election, which was held at the Ogbomoso campus of the institution on Saturday, 14th November, 2020, had delegates from all the 12 chapters.

Speaking the Electoral Chairman,Prof Remi Aworemi, said the electorates were scrutinized before the election was done so as to ensure that all votes count

Aworemi expressed delight at the conduct of aspirants who contested the election, urging those who lost to lend their support to take the association to an enviable height.

“There is no doubt that we have conducted a great election here today. We did our best in putting in place the necessary material to ease the process, while sensitization of members especially electorates was done before the election day to ensure that all our votes count.

“We have delegates from all the 12 chapters and it is a thing of joy to witness the determination of our members to be involved in the election of new leadership. In fact, it is interesting to have members from diaspora to even come around for this election. The election is over now and not everyone who contested is expected to emerge winner. The most important thing is for us to support those who won to forge ahead as an independent body.

In his acceptance speech, Onilede called on members burry their grievances and ensure there is unity in the association.

He said, “It is expected to see some aggrieved members who perhaps because of their interests would want to polarise the association. There is a philosophy I believe in which always serve as a source of inspiration for me in everything I do. And that is the fact that, every turn life takes must be accepted as God’s plan for us.”

The election had in attendance the representative of Alumni Relations office, Mr Yomi Odekunbi, Professors from the institution and security personnels.