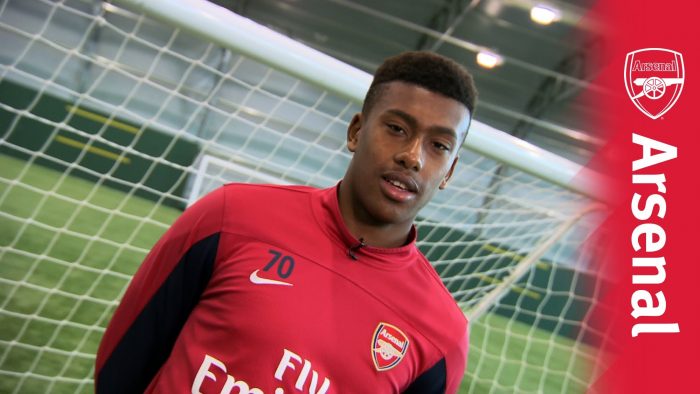 Born in Lagos before moving to England at the age of four, Iwobi is also the nephew of ex-professional footballer Jay-Jay Okocha.

Iwobi joined Arsenal while still at primary school and was first involved in a first-team match as an unused substitute in a League Cup match against West Bromwich Albion on 25 September 2013.

After playing youth football for England, Iwobi elected to play for Nigeria and made his senior debut on 8 October 2015, replacing Ahmed Musa in the 57th minute of a 2–0 friendly defeat to DR Congo in Visé, Belgium.

He was also selected by Nigeria for their 35-man provisional squad for the 2016 Summer Olympics.

Alex signed a new long-term contract with Arsenal in October 2015.