The Lagos State House of Assembly confirmed the nomination of Hakeem Dickson as head of the state’s Safety Commission despite the nominee being a convicted fraudster and a fugitive. An online news platform, Premium Times report that Mr. Dickson, a former Internal Auditor at the now defunct Nigeria Airways, was confirmed alongside three others –…”
Editor
featured News 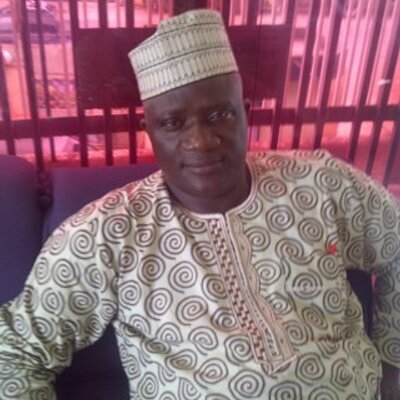 The Lagos State House of Assembly confirmed the nomination of Hakeem Dickson as head of the state’s Safety Commission despite the nominee being a convicted fraudster and a fugitive.

An online news platform, Premium Times report that Mr. Dickson, a former Internal Auditor at the now defunct Nigeria Airways, was confirmed alongside three others – Jokotola Ogundinmu as the Chairman, Lagos State Audit Service Commission; and Ayo Adebusoye and Mobolaji Aare as members of the Lagos State Public Procurement Board.

On October 4 last year, Governor Akinwinmi Ambode nominated Mr. Dickson as the Director General of the Lagos State Safety Commission, an agency empowered to set safety standards in the socio-economic activities in the state.

Mr. Dickson, an ally of the governor, was nominated despite fleeing from a 24-month jail term in the U.S. after being convicted for credit card fraud.

According to Judge Dickinson Debevoise of a U.S. District Court, Mr. Dickson had not served the sentence handed to him since June 1992.

“For 20 years, Defendant (Mr. Dickson) successfully evaded all United States government efforts to locate and arrest him,” the judge said in a judgment published by Sahara Reporters, last year.

Four months later, he pleaded guilty to Count One of a four-count indictment which charged that from August 29, 1990, to September 10, 1990, he “knowingly and willfully executed and attempted to execute” a scheme to defraud a federally insured institution in violation of U.S. laws.

On June 25, 1992, Mr. Dickson was sentenced to 24-month jail term, to be followed by a term of supervised release of three years.

The judge fixed August 3, 1992 for his voluntary surrender, despite opposition from the U.S. government, the plaintiff in the suit.

“The government had urged at sentencing that Defendant be remanded forthwith or at least surrender to the Bureau of Prisons no later than the following Monday, June 29, 1992,” the judge said.

“The court noted that while on bail Defendant returned on three occasions after being given permission to leave the country.

But on August 3, 1992, Mr. Dickson was nowhere to be found in the U.S., forcing the judge to revoke his bail and issue a warrant for his arrest.

Twenty years later, on January 27, 2012, Mr. Dickson, filed a motion seeking to adjust his sentence of 24 months incarceration in the U.S. by claiming that he had already served 17 months on the same sentence in a Lagos prison.

In his motion, Mr. Dickson claimed that a series of events after his sentencing, preceded by violent clashes between Muslims and Christians in Lagos, forced him to disobey the August 3 surrender date.

“During these clashes, two of Defendant’s sisters were killed and the family home was burned to the ground,” the judge quoted Mr. Dickson as claiming, in his judgment dated May 12, 2012.

“Following his sentencing Defendant returned to Lagos to bury his sisters, assess the damage to his father’s house and to take his mother for treatment.

“When Defendant arrived in Lagos, he was arrested at the airport and was told that since he was convicted in the United States he would also serve time in Nigeria. He was retained in custody until December 10, 1993, a total of 17 months.”

NO RECORD IN NIGERIAN PRISONS

PREMIUM TIMES’ investigations, in October last year, showed that the Nigerian Prisons Services does not have any record of Mr. Dickson serving a jail time in a Nigerian prison between 1992 and 1993.

“There is no name like that in our record,” a top Prisons source told this newspaper at the time.

“We checked both our Lagos and Abuja records.”

Francis Enobore, Nigerian Prisons’ spokesperson, said an individual convicted overseas and being transferred to Nigeria would be accompanied by his biodata and other relevant documents.

“If he escaped in the U.S. and he was arrested in Lagos for the same offence, whoever is arresting him will arrest him based on the information he got from the U.S. government, which will involve his name, the offence he committed, his address, everything they have about him,” Mr. Enobore told PREMIUM TIMES last October.

“If he was arrested in Lagos for a different offence, yes, it is absolutely possible for him to bear a different name.

Following his claim of release from Kirikiri Prison in 1993, Mr. Dickson immersed himself in public office, contesting and winning an election as Chairman of Surulere Local Government between 1998 and 2004.

Mr. Dickson also served as a committee chairman of All Local Governments of Nigeria (ALGON) for the drafting of laws, regulations and punishments for the Economic and Financial Crimes Commission and the Independent Corrupt Practices Commission.

He served as the CEO of Citiwide Construction and Transport Nigeria Limited which specializes in the construction of roads and buildings, before his appointment into government.

“Considering the nature of Defendant’s criminal activities in the United States, these are remarkable posts for Defendant to have held,” Judge Debevoise had noted in 2012.

“It is on the basis of these facts that Defendant seeks to credit the 17 months he served in Nigeria against the 24 months sentence imposed in the United States on June 25, 1992.

“Although Defendant’s request has a certain common sense appeal, he has found no basis for it in the law.”

The judge said Mr. Dickson made no request for leave before departing the U.S. in 1992, adding that the American government informed the court in September of that year that the convict had failed to surrender as ordered, and attempts to locate him were unsuccessful.

“The Court entered an Order revoking Defendant’s bail and issuing a warrant for his arrest,” said Mr. Debevoise.

“For the next 20 years Defendant successfully evaded all government efforts to locate and arrest him.

“The newly filed January 27, 2012 motion purports to fill the void. Defendant spent 17 months of the period in prison because of his United States conviction, and then went on to lead a successful political and business life.”

‘NO PETITION AGAINST NOMINEE’

In January, the Lagos House of Assembly confirmed Mr. Dickson’s nomination, with Speaker Mudashiru Obasa charging him to address the safety problems posed by articulated vehicles, fire incidents, pits, and wells in the state.

Steve Ayorinde, the Lagos State commissioner for Information and Strategy, did not respond, for weeks, requests for comment on whether the Executive arm was aware of Mr. Dickson’s criminal past.

But Tunde Braimoh, a lawmaker in the Lagos Assembly, said the House was not to blame for confirming Mr. Dickson’s nomination.

“Ours is to reject or ratify a nominee.”

Mr. Braimoh said the only problem the lawmakers had with Mr. Dickson was when he began parading himself as the Director General of the Lagos State Safety Commission before the confirmation of his nomination.

“We asked him to stop parading himself as the DG of the agency.

“On the issue of his confirmation, we did not receive any petition from any quarter, nothing was forwarded to us.

“His confirmation was done in open plenary, if there was anything like a criminal record, it was not brought to our attention.”

Olanrewaju Suraju, the head of the Civil Society Network Against Corruption, said a legal point of view of the matter is to the extent that if Mr. Dickson was convicted, he was meant to have served his jail term.

“So, if the U.S. government is saying he never served his term then it is also important to know that in no time he will be extradited to the US like every other criminal or there will be an arrangement, like the one ongoing now, for some of these convicts to serve their sentences in other countries.”

Mr. Suraju described the claims by the Lagos House of Assembly that no petition was brought against Mr. Dickson as “preposterous.”

“That is because they have a duty to do their own check,” he said.

“What is the essence of putting a nominee through the screening of the Parliament if it’s not that the Parliament should also check with security agents and also do their own independent check of the background of any nominee?

“Let us take, for the sake of the argument that there was no petition against Mr. Dickson, the Parliament has a moral duty now to conduct a special investigation on that past records of Dickson knowing fully well now that he has this baggage.”

Debo Adeniran, Executive Director of Coalition Against Corrupt Leaders, said the Lagos State government must have nominated Mr. Dickson “in error” because it would portray the administration as insincere, with a proclivity for harbouring people of shady character.

“I believe that the Ambode administration wouldn’t want to even use an ex-convict in a sensitive position, not to talk of somebody who is a fugitive to head any of the agencies and parastatals in Lagos state,” he said.

“It doesn’t matter whether he completed his jail term in Nigeria or elsewhere, as long as he’s an ex-convict, whether he’s pardoned or not doesn’t also hold water.

“That he was sentenced on any criminal issue means that he’s not somebody to be entrusted with anything that has to do with safety and welfare of the people, because whoever committed an offence will always repeat that feat anywhere he finds himself.”

Read Donald Trump’s View On The Impacts Of The Media