Dr. Abimbola Akintola, daughter of the late Premier of the defunct Western Region, Chief Samuel Ladoke Akintola, has told an Oyo State High Court sitting in Ibadan that her late father had no child outside wedlock. A judge of the High Court of Oyo State, Ibadan Division, Justice Ladiran Akintola, had in 2013 approached the…”
Editor
News 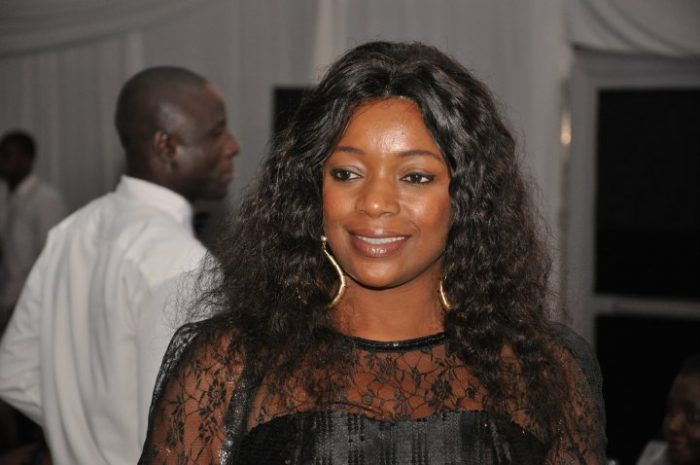 Dr. Abimbola Akintola, daughter of the late Premier of the defunct Western Region, Chief Samuel Ladoke Akintola, has told an Oyo State High Court sitting in Ibadan that her late father had no child outside wedlock.

A judge of the High Court of Oyo State, Ibadan Division, Justice Ladiran Akintola, had in 2013 approached the court seeking to be declared the biological son of the late premier, who was one of the founding fathers of modern Nigeria.

S.L. Akintola was assassinated in Nigeria’s first military coup d’etat of January 15, 1966 led by the late Major Chukwuma Kaduna Nzeogwu.
The suit, marked No I/451/2013 and filed at the state High Court, was previously pending before Justice S.A. Akinteye for pre-trial conference before it was assigned to Justice Eni Esan.

Counsel to the S.L. Akintola family, Olaseni Oyefeso, at the pre-trial conference, had challenged the locus standi of Justice Akintola (claimant) on the grounds that he could not have validly sued as a “beneficiary” in the estate of the late S.L. Akintola, arguing that it was the subject matter submitted to the court for determination.

In his ruling, Justice Akinteye dismissed the application and consequently, an appeal was lodged at the Court of Appeal against the decision.
But the trial court insisted on hearing in the matter, as an appeal does not operate as a stay of proceeding.

However, Abimbola, one of the main witnesses in the case, described the claim by the judge as untrue.
She averred that the late premier had told his nuclear family that he had no child out of wedlock.
She disclosed that sometime in 1972, a strange woman came to her, uninvited, with a child. She told the court that the strange woman informed her that the child was her father’s son.

She said she asked the woman why she had waited that long before coming forward with her claim. With no tangible reason from the woman, she said she felt something was not right, but so as not to belabour the matter, she requested the woman to furnish her with the child’s birth certificate and other necessary documents.

“The woman promised to provide the required documents only to return two weeks after with a photocopy of a parody of a birth registration,” Abimbola stated.

Abimbola said that though they both had an encounter twice at separate periods, all she could remember was that the strange woman claiming to be another wife of her father had tribal marks.

“We were never told about the son by my late father. My father kept diaries and he showed them to us his children but when he was assassinated in the 1966 coup, we could not find them.
“The fact is that they (the woman and her son) came together uninvited and were unknown to me in 1972. She begged me to accept the child and that he belonged to my father.

“I was afraid that the strange woman might attack me until she now said just take this child, but I refused to listen to her because my father I know, married legally according to the marriage ordinance.
“I equally told her that my father told us that he did not have any child outside his wedlock and I spoke to her woman to woman and advised her to take her child and go away.

“I also asked her how could you wait after 13 years (of the boy’s birth) to lay such a claim and when she pressed further, I asked her to get proof to show that the child truly belonged to my father and she later came back with an affidavit dated 1968 while my father died in 1966.
“So, my father did not commit bigamy and if he had done it, it would have been published because he was a prominent politician,” she informed the court.

Also, contrary to the belief in certain quarters that the death of Omodele Akintola, the first daughter of the late premier, in 1965, caused the premier so much pain and even affected his political fortunes, Abimbola said her father was a committed Baptist who believed that no death will ever occur without God approving of it.