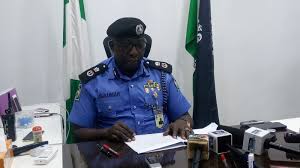 It was gathered that Obuekwe was beaten up after he wrote a memo to the council chairman to draw his attention to what he called massive corruption and diversion of funds in the council.

“He invited Obuekwe to his office and attacked him physically, using his shoes and other instruments available, leaving him wounded, particularly in his head,”.

Obukwe petitioned the Chairman of Local Government Service Commission over the attack.

Obuekwe’s lawyer, Gab Muoneke, had petitioned the Anambra State Commissioner of Police about the development.

When contacted on the telephone, Ifeadu admitted having “a little misunderstanding” with Obuekwe but said the matter had been resolved.

Speaking after he was discharged from the hospital, Obuekwe appealed to the governor and the Local Government Service Commission to look into the matter, especially the physical assault on him.

Women To Receive Equal Salaries As Men In Saudi Arabia

Succession Politics And The Limit of Ignorance