Young Aspirants in the Kwara State Chapter of the All Progressives Congress APC has demanded the suspension of the Senate President, Dr Bukola Saraki from the party. This is contained in a statement signed by the group’s General Secretary, Abubakar Jimba released to newsmen on Monday. Read The Full Statement below: KWARA APC YOUNG ASPIRANTS DEMAND…”
Yusuf
Politics 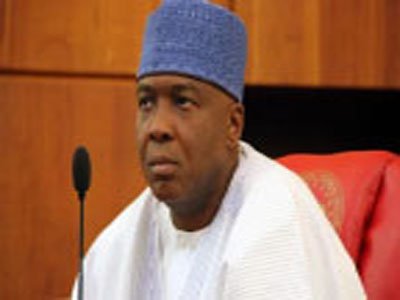 Young Aspirants in the Kwara State Chapter of the All Progressives Congress APC has demanded the suspension of the Senate President, Dr Bukola Saraki from the party.

This is contained in a statement signed by the group’s General Secretary, Abubakar Jimba released to newsmen on Monday.

Read The Full Statement below:

We wish to use this opportunity to congratulate our dear party, the All Progressive Congress (APC) and President Muhammadu Buhari for the success of the Ekiti Election where our party’s candidate Dr. Kayode Fayemi came out victorious.

The victory of Dr. Fayemi is a sign of continuous support for our party by the people of Nigeria and Ekiti in particular, it’s also a signal to the victory of President Muhammadu Buhari re-election in 2019.

Our meeting today became necessary in order to call the attention of our party stakeholders to the anti-party activities of Senator Bukola Saraki and some of his followers which is having negative effect on our people and the party.

Senator Saraki has continue to encourage and display various ant-party activities, some of his associate has recently made various derogatory statements about the party, some of them public announced their exit from the party without any caution from Sen. Saraki. The exit of his political associate Kawu Baraje, his Chief of Staff Baba Ahmed and all other Federal Law Makers from Kwara State are pointer to this.

The above and many more are part of anti-party activities of Saraki who is currently seating as a Senate President elected under the flag of the APC, his activities demoralizes the members of the party and we can no longer watch him

We hereby demand for the Suspension of Sen. Saraki from the party as a disciplinary action, this will further establish that discipline exist in our party as against other parties where they can do this and gone away with it

The future of Kwara state looks very bleak when a fief and the most sinister motive driven figure in the state’s political space has taken over the affairs of both parties recognised in the state.Do we need a soothsayer to tell us that gross inconsequentialness and underdevelopment will continue to be the lot of the hoi polloi if the situation is not rescued by the APC led federal government administration.

The senate president Bukola Saraki has always been known as the master of shenanigan and now APC is giving him what looks like a level field playing ground to orchestrate the same technique he used in 2015 to defeat the people’s democratic party in the state.

Allowing him to remain in APC is detrimental to the progress of the party in the state and at the federal level as well.

The likes of Bolaji Abdullahi who is a stooge of the senate president is still very much active in the party and this is simply the brainchild of a man who has over the years entrenched a pseudo developmental ideology into his core values and this is nothing but the ugly experience kwarans had in the past in the making.

If the senate president is suspended and eventually banished from the APC then the party will be able to go back to the drawing board and build a structure that will be expeditious enough to bring an end to poverty, gross unemployment and other aberrations from the norms and values that have become the other of the day in the state.

We must remind everyone that no one is bigger than the party, the party is supreme to every members.

Your Campaign Of Calumny Against Osinbajo Will Fail – Group Tells PDP

Despite Apologies Nigerians Still Suffer From Your Years Of Misrule, APC Tells PDP