After just a game into the new Nigeria National League (NNL) season, Kogi United have sacked their head coach Ishaya Jatau. An ffficial statement from the club revealed that Jatau was told “to step aside as a result of unconvincing start to the new season.” Jatau led Kogi United to a 0-1 defeat at FC…”
Yusuf
Sports 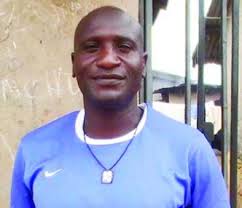 An ffficial statement from the club revealed that Jatau was told “to step aside as a result of unconvincing start to the new season.”

Jatau led Kogi United to a 0-1 defeat at FC Zamfara on the opening day of the NNL season which culminated in the club showing him the exit door so early in the season.

The Lokoja club further explained that their ambition in Nigeria’s second tier is to finish in a position that will win them promotion to the top division – the Nigeria Professional Football League (NPFL).

Kogi United say Jatau’s place will now be filled by his assistant, Musa Abubakar, in an interim capacity till a new head coach is appointed.

“We are aspiring to get promoted to NPFL this season. We tried that last year but we couldn’t succeed due to tactical deficiencies as we lost most games in the dying minutes, also our last result against FC Zamfara wasn’t encouraging, that reflected from the pre-season we had.

“We have a good team but unfortunately we don’t have a tactical approach, this resulted in our decision and I’ve asked the chief coach, Ishaya Jatau, to step aside for now and his assistant, Musa Abubakar, to act for now until a decision is reached in that regard for a new handler.

“It’s a very difficult decision to take, but that’s the game, Jatau is a nice and great guy, he’s tried all he could but things did not really work out for him so we wish him well,” said the statement signed by the club’s chairman, Abdul Sule.

Jatau, who held a 20-year-old record between 1990 and 2010 for being the first player to score 17 goals in the Nigerian top flight, was appointed head coach of the NNL in January 2016.