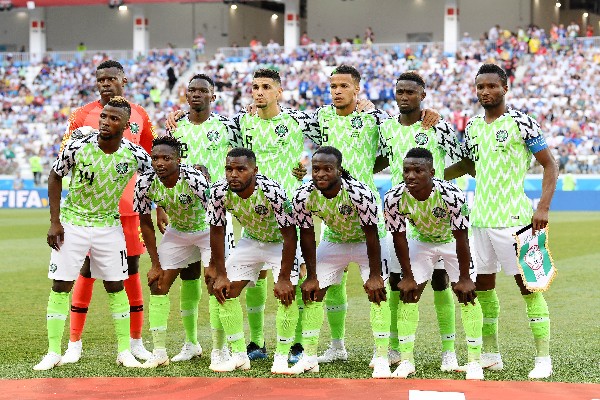 Former Super Eagles captain Nwankwo Kanu has backed the team to beat Argentina in their final Group D game in Saint Petersburg at the 2018 FIFA World Cup on Tuesday.

Gernot Rohr’s men sit in second position in Group D with three points following their 2-0 win against Iceland on Friday.

Argentina occupy last place with one point after they were thrashed 3-0 by Croatia on Thursday.

A win against the South Americans will send the Super Eagles into the second round while a draw will be enough depending on the outcome of the game between Croatia and Iceland.

“Nigeria 🇳🇬 vs Argentina 🇦🇷 KAN U BELIEVE?YES WE KAN and KAN WE DO IT?YES WE KAN HAHAHAHAHA Up Super Eagles.MARADONA believed and papilo believed 🙏🙏🙏💪💪💪🙌🙌 #supereagles #positivevibes #believe #wecandoit @thenffofficial #hardwork #nigeria #africa #thankgod,”reads a tweet on his Twitter handle.