By Sheikh Ibrahim Oladejo Raji ALL praise is due to Allah, The Lord of the worlds, The Entirely Merciful, The Especially Merciful. The Sovereign of the Day of Recompense; You alone we worship and from You alone we seek help. May the peace and blessings of Allah be upon Muhammad (SAW), the last of the…”
Yusuf
featured Op-Ed 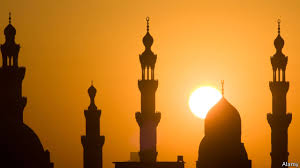 ALL praise is due to Allah, The Lord of the worlds, The Entirely Merciful, The Especially Merciful. The Sovereign of the Day of Recompense; You alone we worship and from You alone we seek help. May the peace and blessings of Allah be upon Muhammad (SAW), the last of the Messengers and the seal of the Prophets, upon his household and all of his faithful companions.

Allah The Most High, in order to rescue mankind from destruction, sent down many Prophets and Messengers, known in the language of the Qur’an as: Al-Ambiyaau and Ar- Rusul, respectively. An-Nabiyy is the singular of the former, while Ar-Rawsool is singular of the latter. According to the teachings of Islam, the Prophets are designated and purified individuals, randomly chosen by Allah through a genuine divine revelation during which some of them conversed directly with Him (Allah) or received the message via the Arch Angel Jibreel (AS). The primary task of all the Prophets was to create awareness for mankind that God really exists and that He is One and Only; The Supreme Being Who is incomparable to any creature. And that He must be worshipped without associating a partner with Him. They equally enjoined believers to perform virtue deeds and avoid evil ones. Finally, they taught people that there is a resurrection after death whereby everyone shall be rewarded according to his or her performance on earth.

Some Prophets are intermittently raised subsequently to continue the mission of the former Messengers. Such Prophets were not given independent scriptures of their own, but merely based their teachings on that of their predecessors’. There could be more than one Prophet at a particular period as was the case of Ibrahim and Lut (Abraham and Lot (AS)) also Musa and Haroon (Moses and Aaron (AS)). Of all the Prophets, the appointment of Haroon (AS) was a complement to that of his brother Musa, who personally invoked upon Allah to grant him that honour. This was recorded in Suratu Taa-haa, verses 24-36, where Allah, while addressing Musa said: “Go you to Fir’aun (Pharaoh)! Verily, he has transgressed (the bounds). “Musa (Moses) said: “O my Lord! Relieve my mind, and ease my task for me; and loosen a knot from my tongue. That they may understand my speech. Appoint for me a supporter from my family, Haroon (Aaron), my brother, Confirm my strength with him, and let him share my task (of conveying Allah’s Message and Prophethood); that we may glorify You much, and much remember you. Verily! You are of us Ever a well-Seer. Allah said: You are granted your request, O Musa.”

Aside from the Prophethood, there is Messengership.  Messengers were higher in rank than Prophets.  They were scripture bearers who usually brought new laws in addition or omission to what they met. Therefore, the law of each Messenger might slightly or considerably differ from that of his predecessor’s; nevertheless they are of the same origin. That exactly is the relationship between the teachings of Prophet Muhammad (SAW) and that of his immediate predecessors, Prophets Isa and Musa (Jesus and Moses (AS)). This explains why it is a commonplace to hear Muslims referring to other Prophets like Isa or Musa (AS), etcetera as their Prophets, and even quoting them in their preachings. One undisputable fact is that, the teachings of the designated Prophets and Messengers strictly circled around monotheism; nothing less, and nothing more. They all admitted to having been sent by A Supreme Being Whom they all worshipped and are accountable to.

Believing in all the Prophets and Messengers is mandatory for all mankind and jinns. That is a nonnegotiable fact. They were like an inseparable chain, hence believing in one of them entails believing in all, while rejecting any one of them means rejecting all. Allah says: “The Messenger (Muhammad SAW) believes in what has been sent down to him from his Lord and (so do) the believers. Each one believes in Allah, His Angels, His Books, and His Messengers. They say, “We make no distinction between one another of His Messengers” – and they say, “We hear, and we obey. (We seek) Your Forgiveness, our Lord! And to You is the return (of all).”Quran 2:285. The above verse has clearly outlined what it means to be a true believer.

Meanwhile, all the Prophets and Messengers were Males. And every Rawsool (Messenger) is a Nabiyy (Prophet) while a Nabiyy is not necessarily Rawsool.

The number of Al-Ambiyaau (Prophets) is greater than that of Ar- Rusul (Messengers).Once The Messenger (SAW) was asked by Abu Zarr concerning the number of the Ambiyaau. He replied: “One-hundred and twenty-four thousand. I then asked what about the Rusul? He said three-hundred and thirteen. I said: “O Messenger of Allah! Who was the first of them? He said Adam. I asked, “Was he a Prophet as well as a messenger”? He said “yes, Allah created him with His Hand and breathed into him from His Spirit and made him a perfect creature”. Then he further said O Abu Zarr! “Four of them were Syrians i.e. Adam, Shi’th, khunookh and Idrees. Four of them were Arabs, i.e. Hood, Saalih, Shu’ayb and your Prophet O Abu Zarr (i.e. Muhammad (SAW). I further asked: O Messenger of Allah! How many Books did Allah send down? He said one-hundred and four books. Shi’th was given fifty books, and khunookh got thirty books and Ibrahim got ten books, Musa got ten books prior to Ataorah, then followed by Ataorah, Injeel, Zaboor and Furqaan (i. e. Qur’an). Then I said O Messenger of Allah! How was Suhuf (scripture) of Ibrahim? He said they were all in form of parables; e. g. “O you the tested arrogant monarch! I did not create you in order to accumulate the worldly materials but I sent you to protect the interests of the oppressed people.  For if they, out of distress call on Me, I certainly will come to their aid even if they are non believers.”

In relation to that, Allah says: “Verily, we sent Messengers before you (O Muhammad (SAW)); among them those of whom we have related their story to you and of some We have not related to you their story, and it was not given to any Messenger that he should bring a sign (in form of a miracle) except by Allah’s permission, but when Allah’s commandment comes, (the cause) is judged aright, and the followers of falsehood will then be lost.”Quran 40:78. The Glorious Quran also affirmed that Allah appointed many of the Prophets among the Israelites, as stated in Quran 5:20: “And (remember) when Musa (Moses) said to his people: “O my people! Remember the favour of Allah to you, when He made Prophets among you, made you kings, and gave you what He had not given to any other among the ‘Alamin (mankind and jinns, in the past).”

Now, a frequently asked question is: “Apart from those Prophets and Messengers mentioned or alluded to in the Quran, are there a set of people who can be referred to as Prophets or Messengers of Allah”? As far as Islamic teaching is concerned, anybody after prophet Muhammad (SAW) that claims to be a Prophet is not only a blatant liar, but also an impostor. Such person unless repents is considered an infidel, for any claim that contradicts th e teaching of Quran, the last testament is regarded as infidelity. Allah said as regards the seal of Prophet-hood: “Muhammad (SAW) is not the father of any man among you, but he is the Messenger of Allah and the last (end) of the Prophets. And Allah is Ever All-Aware of everything.” Quran 33:40.

May Allah Who has bestowed upon us the favour of believing in Him, in His Angels, in His Books and Prophets without discrimination, continue to guide us till we meet Him. And may He count us to be among His righteous servants. May the peace and blessing of Allah be upon His Messenger (SAW).

Palliative: Would Oyetola Ever Name, Shame Suppliers Of Adulterated Rice?

EDITORIAL: A Season Of Witch-hunts?