By Ismaeel Uthman The approved Federal College of Education for the State of Osun has continued to dominate   ​political and community discussions in the state, following the agitations by some cities and towns to get the institution sited within their various communities. OSUN DEFENDER noted that some political and community leaders in the state…”
Yusuf
featured Osun 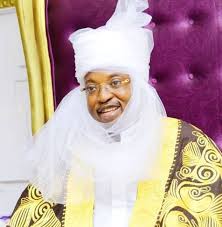 The approved Federal College of Education for the State of Osun has continued to dominate
​political and community discussions in the state, following the agitations by some cities and towns to get the institution sited within their various communities.

OSUN DEFENDER noted that some political and community leaders in the state have, since the announcement of the FCE, embarked on surreptitious moves to ensure that their towns hosted the new tertiary institution.

The Federal Government had in late December 2019, approved the establishment and immediate take-off of new six Federal Colleges of Education in each of the geopolitical zones in Nigeria.

The National Commission for Colleges of Education had through its Public Relations Officer, Mr Ameh Isaac, disclosed that the approved FCE would be situated in Bauchi, Benue, Ebonyi, Osun, Sokoto, and Edo states, where no such institution already exists.

According to Isaac, the initiative is meant to increase the number of qualified and trained teachers in the country, just as he appealed to communities where the FCE will be sited to give maximum supports that will aid smooth take-off of the institutions.

However, almost all the major communities in the State of Osun seem to be interested in hosting the FCE. Indigenes of these communities have taken the advantage of social media to appeal to the FG and the State Government to situate the institution in their various communities.

The agitation on the FCE took a new turn when the Oluwo of Iwo, Oba Abdulrasheed Adewale Akanbidemanded that the institution be sited in Iwo, premising his demand on the fact that the city is without any FG or state government’s infrastructure.

According to Oba Akanbi, Iwo is the fifth largest town in Nigeria, the most populous local government in Osun ,the Headquarters of the Osun West Senatorial District and has nothing to show for it.

Oluwo said: “I can tell you there is no state or federal infrastructure in this town. We have been isolated in term of siting of institutions that can move the town forward. As for Federal College of Education, I will not take it lightly, even if it will take me to lay down my life on this college of education, I will do it.”

Another traditional ruler, the Olufi of Gbongan, Oba Adetoyese Oyeniyi last week Tuesday joined the call for the demand of the FCE to be sited in his community, Gbongan, saying that the town deserved the institution because it lacks FG’s presence.

Oba Oyeniyi brought spiritual dimension into his demand as he directed residents of the community to embark on fasting and prayer to seek God’s intervention on the matter.

The Olufi said the community would continue with fasting and praying until the Federal Government approves that the institution to be sited in the town.

OSUN DEFENDER gathered that the Orangun of Ila, Oba Wahab Oyedotun has also been lobbying for the FCE to be sited in Ila Orangun, a community that plays host to Osun State College of Education.

Oba Oyedotun’s move came amidst insinuations that the FG is planning to upgrade the OSCOED to the Federal College of Education.

But there is nothing, as at the time of filing this report, suggesting that the state government is planning to get the FCE sited in Ila.

Also, the Akirun of Ikirun, Oba Abdrulrauf OlawaleAdedeji who is known for his influence in the APC government has been reported to be making frantic efforts to ensure that the FCE is hosted by his town, Ikirun.

The lawmaker representing Ifelodun/Boripe/Odo-OtinFederal Constituency, Hon Rasheed Afolabi has also sponsored a bill at the House of Representatives to make case for the FCE to be sited in Ikirun.

In the bill named ‘Proposed Federal College of Education (Technical), Ikirun, Osun State Establishment Bill”, Afolabi said Ikirun is the only zonal/administrative headquarters without any higher institution in the Osun Central Senatorial District.

Hon Yinusa Amobi, the lawmaker representing Ayedire/Iwo/Olaoluwa federal constituency at the Green Chamber has also sponsored a bill for an “Act to provide for the establishment of A Federal College of Education in Iwo.”

Amobi said in all the nine political zones in the state, Iwo is the only zone without a state or federal institution, calling on the FG to appreciate the support the people of the community have been given to it by situating the FCE in the town.

In her own remarks, the lawmaker representing Ayedaade/Irewole/Isokan Federal Constituency, Hon Taiwo Oluga commented that her town, Gbongandeserved the FCE because it has no any state or federal education infrastructure.

According to Oluga, Gbongan, the headquarters of Ayedaade Local Government is a suitable location for the FCE because it is a town on the highway that links the south with the northern part of Nigeria.

The lawmaker said her predecessor in office; Mrs Ayo Omidiran moved the motion for the establishment of the institution in the state.

She noted that Omidiran made frantic efforts on the floor of the House of Representatives before the bill for the establishment of the college was passed into law by the lawmakers, pleading with the Federal Government to consider Gbongan for the location of the proposed institution.

Some indigenes of Osogbo have also been agitating for the FCE to be sited in the town, saying that the state capital deserves the institution.

OSUN DEFENDER noted that the FCE has been creating acrimony in the state, particularly between communities in Osun West and Osun Central Senatorial districts.

Atiku’s Clandestine Visit To The U.S By Festus Keyamo

Eid-el-Kabir Festival: We Did Not Record Any Accident In Osun – FRSC