INTERVIEW: To Build Your Marriage, Have Sex 104 Times A Year – Adewale, Marriage Counsellor

Marital crisis and domestic violence are on the prowl in recent times, as a result of the lockdown occasioned by the outbreak of the Coronavirus pandemic. In this interview with SOLOMON ODENIYI, an international family coach, BisiAdewale, explains the reasons for the sad trend and the mechanisms to rein in the disturbing tide. Excerpts:  …”
Yusuf
featured News 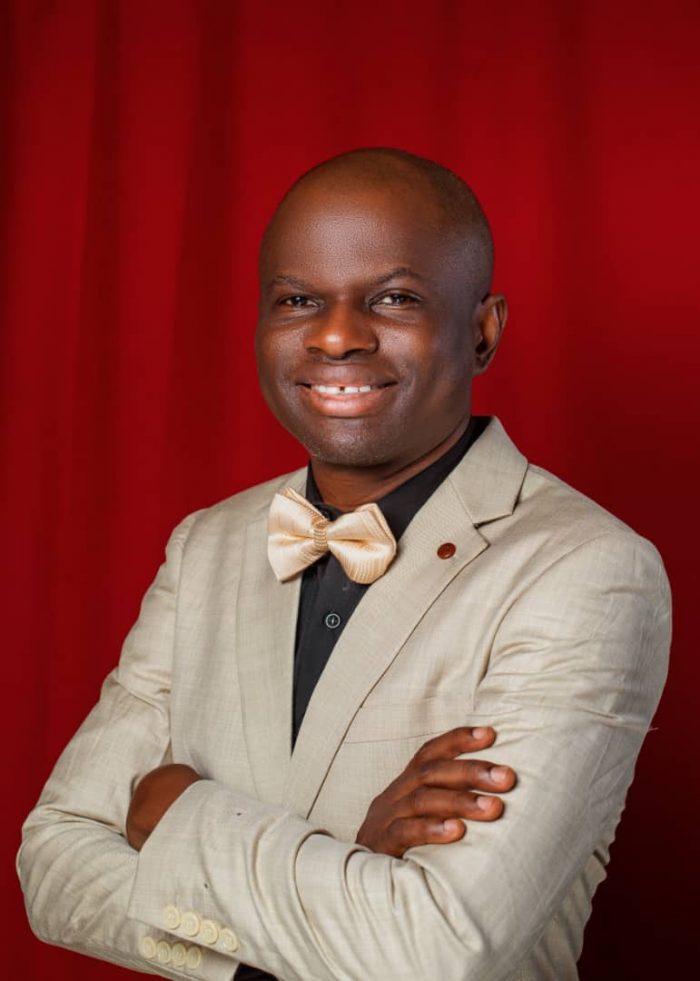 Marital crisis and domestic violence are on the prowl in recent times, as a result of the lockdown occasioned by the outbreak of the Coronavirus pandemic. In this interview with SOLOMON ODENIYI, an international family coach, BisiAdewale, explains the reasons for the sad trend and the mechanisms to rein in the disturbing tide. Excerpts:

What effect does staying at home together for longer periods by couples have on their marriage?

Staying together can be so problematic for couples who had been enduring each other, those who find joy at work, social gatherings and with friends, but who experience sorrow at home. But for couples who always want to be together, whose jobs and other commitments will not allow them, this gives them real opportunity to jell and bond.

There are four kinds of couples in this lockdown: Couples who are both locked down at home with children. Familiarity, boredom, lack of money, refreshing of old issues can be the problem of these couples. However, couples who are both busy in the lockdown; some couples who are doctors, nurses, essential service providers, medical lab experts, security personnel, and other critical part of the economy like people working in telecoms, electricity companies, journalists etc. These couples are still very busy or busier than before; this will create a great strain on their marriage and their children.

Also, there are couples who have only one of them in the critical part of the economy, so one has to go out while the other stays at home. The last kind of couples is those that have one of them or their lovedones sick and are in COVID-19 treatment centre. No matter the kind of couple you are, there will be challenges in this abnormal period, but the problem becomes more compounded if the marriage has been in murky waters before now.

How can couples live peacefully during this period?

Communication, tolerance and plenty of patience are needed now. Talk like friends. Troubles and problems should bring you together the more, it should not separate you. You have common enemies in COVID-19, lockdown, hunger, poverty and boredom. Don’t add to it, rather work as a team to win and conquer.

What are the mechanisms that can be put in place to avert marital crisis?

Keep yourself busy. There are lots of religious programmes going on online now, get involved in them. Make sure that you are not idle, get busy. I am busier now than before. I have finished writing two books since the lockdown began; they would have taken me weeks or months to write. Attend training online; Webinar meetings are now available online. I have done three trainings from America since the lockdown began. Be committed to your growth during this period, if you are idle, you will become the workshop for the devil.

What should be done in case of unavoidable marital crisis?

I don’t know what you mean by unavoidable marital crisis, but I know that no matter the kind of crisis, they have the same solutions, which are: effective communication, commitment to peace, seeing the future together, forgiveness and above all, patience. Talk and talk. You are team mates, not rivals, fighters or enemies.

What effects do you think parents who engage in fisticuffs could have on their children who are also at home with them?

It will have long-lasting effects on their children. Their sons will learn to fight in school and beat their wives when they get married. Their daughters will hate men and will be ready to fight to finish in their marriage too. Many of their children may not have successful homes because they will see marriage as a battle field and they will be prepared for war as they prepare for marriage.

How should the couple deal with excessive demand for sex by the other partner?

The word excessive demand for sex is relative. When do we say sex in marriage has become excessive? You see, the problem of excessive demand for sex in marriage depends on who is talking about it and the kind of marriage they have. A majority of women believes their husbands demand for too much sex. Men believe they are not having enough sex at home. That is what led to lots of trouble in marriage. The problem is about our gender make-up. An average man wants sex two or three times a week and an average woman wants it two or three times a month. When a man demands for sex more than two or three times a month, a woman will see it as excessive. When a man has not had sex for about three times a week, he sees it as a sexual denial. The truth is for a marriage to be strong and solid, sex must take place for more than 104 times a year, which is average of twice a week. It is even better if it is more than that. When sex takes place in a marriage less than 50 times a year, marriage counsellors tag that kind of marriage “sexless marriage” and it can be really turbulent.

So, every wife should know that sex is part of the package of marriage and should never be seeing sex as difficult, terrible, labourious, as a chore or difficult house work but as fun, pleasure and intimacy tools for better marriage. Husband and wife should talk about their sex life and see how they can spice it up. Men should support their wives with house work so that she will not be tired before “night work”, Sex should take place more now that both of you are not going anywhere. It is the city that was lockdown, your bedroom is not.

I will even suggest husbands and wives should read good books about sex in marriage and never think they know it until they study about it, because sex in marriage is beyond a man lying on a miserable wife, there are great skills to develop by husbands to make their wives rush to them every night.

How should wives deal with men who are enraged as result of their financial situation?

It is immature of a man who gets angry at his wife and causes trouble in the house because of money. He needs to be talked to, he needs to develop himself and stop being childish. The women should not also cause drama because he is financially broke. This is a trying period that requires the coming together of husband and wife to conquer. There have been calls by activists for victims of domestic violence to speak up so as to help stem the tide.

As an expert, do you see this as a means to curb domestic violence?

Yes, victims of domestic abuse should speak out, but government and law enforcement agents should step up their games. Most of the times, abusers do go away with their act. At times, police will even say it is a domestic affair. Anytime anybody is abused, it ceases to be domestic, private or family affair, it is a state affair, it is criminality; and should be handled as such. Since abusers know that nothing will happen as punitive, they continue their evil activities.

The tide of domestic violence is gradually shifting from the male violating the female to the wives hiring thugs or themselves beating up their husbands, what do you think is responsible for this?  What should be done to curb this ugly trend as well?

Lack of justice has led many to go wild. Either a man abuses a woman or a woman abuses a man, the case should be treated with greater seriousness to stop the trend. When two or three people are arrested and jailed, every other person will be careful.