Hon. Soji Adagunodo is the Chairman of the Peoples Democratic Party in the State of Osun. In this interview with OSUN DEFENDER, he speaks on the genesis of the crisis rocking the party in the state. Excerpts: WHAT could be the reason behind the plot to remove you as the PDP Chairman in the…”
Yusuf
featured Osun Politics 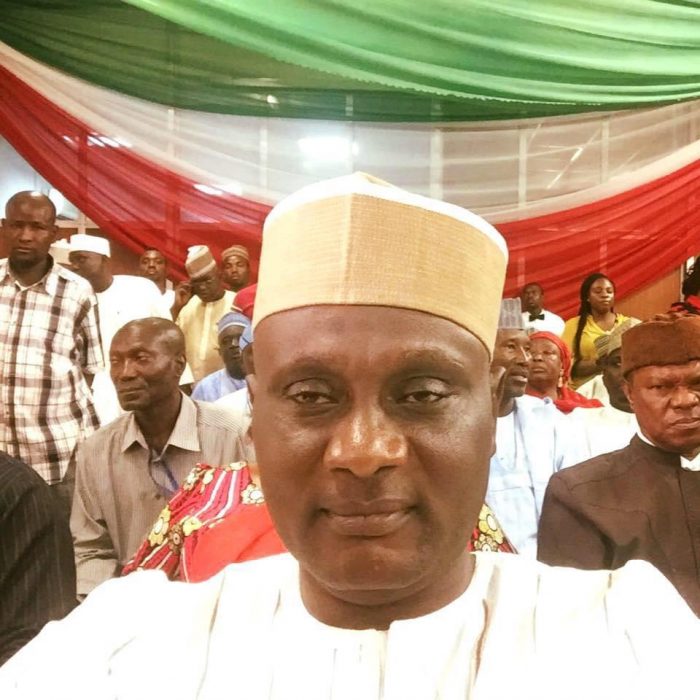 Hon. Soji Adagunodo is the Chairman of the Peoples Democratic Party in the State of Osun. In this interview with OSUN DEFENDER, he speaks on the genesis of the crisis rocking the party in the state. Excerpts:

WHAT could be the reason behind the plot to remove you as the PDP Chairman in the state?

What could be the reason for such other than selfish interest? There is nothing impossible in politics, but I pity our party, PDP. We are at a point that things like that should not be done. The issue is no longer a family affair, it is in court and we went to court after all the internal mechanisms to resolve the issues were exhausted and I was still aggrieved. Our party constitution allows that. If you read the court order very well, it is well spelt out that I can’t be sanctioned and other people involved in the process, which includes my working committee members. And I cannot sanction anyone until the case is concluded. I wonder where they will get the power to suspend me as being planned in some quarters.

Who are those you think are behind the move?

I don’t know, we are all politicians and people say and do whatsoever would reinforce their followers’ belief and even win more.

Won’t the plot to suspend you frustrate the efforts of the Senator Bukola Saraki-led reconciliation committee?

That is the main reason I said the plot to expel me from the party would be futile. Who is even going to do it? Is it the ward chairmen or local government chairmen or the state executive or myself? Is it the national body that just set up a reconciliation committee? Does that make sense?

It is being said that you have a running battle with the Adeleke’s dynasty, which is the reason you are wanted out of your current position, how true is this?

I don’t need to have a cordial relationship with them. All I need to do is to have a fair relationship like I do with all card-carrying members; that is what is expected of anyone at the helms of affairs of a party. That is where I think I have issues. They are not used to that, they are used to doing things the old way and somebody doing things differently is strange to them.

I don’t think I have issues with the Adeleke dynasty. I am only having issues with my fellow politicians who have been going about misinforming the Adelekes just to get money from them. I worked with the Adelekes during the West Senatorial District by-election and the relationship was beautiful. At that time, a lot of people were unable to make frivolous money and they were not pleased. We won nine out of 10 local governments in that election. But by the time they caused crisis between the Adelekes and I, you could see the results of the elections yourself. Despite the money spent by the Adelekes, they did not get the kind of results I got for them in the West. We won nine local governments when I was involved and spent less; but they could only manage to win three local governments in 2018 with the huge money spent. These people have penetrated and are extorting the Adelekes.

They Adelekes fell into the trap because they did not listen to me. I will be frank here: Dr Deji Adeleke and I spoke last in 2018 before the election. We hardly talk and that was not the practice during the by-election, we talked on daily basis, strategising and re-strategising. Then, if anything came from his end he would call me, if anything sprang at my end I would call him. It is a pity some people sat in Ede and shifted the party hierarchy there, making decisions without consulting others in the party. That also forms part of the problems. The Adelekes should have confronted me with the allegations levelled against me and avail me with the privilege to answer them; that is what I expected, it is so unfortunate.

It is said that you do not want Sen. Ademola Adeleke to emerge as the standard bearer of the party in 2022. How true is that?

What is my own? Why would I deny anyone as the party’s candidate? I went round the 30 local governments in the state to campaign for Senator Adeleke as our candidate. And I have told our people that the scenario in 2018 will be different in 2022. At the same time, I told them that the right of first choice would be given to Senator Ademola Adeleke, being our last candidate, if he is still interested. But if there is a clear reason that the PDP will lose the governorship election if he runs, don’t expect me to support that. As a party chairman, I want to win every election I take part in. I am not against and not discouraging anyone. I have been canvassing for this and many people in the party and all can attest to it. I am not God, and I can’t take decisions in the party alone. I may be the chairman but I can’t know the mind of all the members of the party. You see, a delegate election is the most dangerous one anybody can think of. You can be so sure of going to the poll with 100 delegates and may not have more than 20 votes when the results come out. It is the party people that would decide who they want as their candidate. I have no say on this.

How will you feel if the court does not rule in your favour at the end of the day?

I will leave everything to God.

Will you consider defecting to another party?

The issue of defecting to another party does not arise here, except they chase me out of the PDP themselves. But as a foundation member of the PDP, I wish to remain in the party. But if they chase me out, you can’t tell me not to go to another party. It is like suffering to build a house and you invited people to come and live there and they say they don’t want to see you in the house again. What right do they have? If they don’t chase me out, I am not leaving. We will fight and settle everything within. My fight is not about the chairmanship position, but the soul of the party. If I am no longer the chairman, I will continue to fight it, provided I am still in the same house. If you chase me out and think I will be peeping, forget it! I will go to another house and I will from there be throwing missiles like I am doing to APC. So, if you chase me out of the PDP and still feel like I should be involved in politics and APC is the only party available for me, I will go there and show PDP pepper.

Do you have confidence in the reconciliation committee set up by the national body?

I have full confidence in the committee. About five months ago, no one set up a reconciliation committee. Go and look at the first letter I wrote in April where I urged the National Chairman to look at the reconciliation option because the allegations against me were frivolous. Are the people that signed the petition against me members of our party? Two of them are not members of our party. They only came when the tribunal declared Senator Ademola Adeleke the winner of the election and they are signing a petition against me on an issue they knew nothing about.

How soon do you think this will be laid to rest, considering the 2022 governorship election?

It is only the court that can answer that, but I pray it ends tomorrow if possible, the earlier the better. More so, the crisis is affecting a lot of things, part of which is playing the role of a virile opposition. We should try and maintain peace within the party, for the good of the party and the people of the state.