The Rainy Season Is On And It Has Always Been Mixed Feelings And Reactions. While Some Are Happy About The Abundance And Greenish That Is Associated With The Season, Others Fear Flooding With The Loss Of Lives And Properties It Might Brings, As Water Must Find Its Way. In The State Of Osun, It Is…”
Editor
News 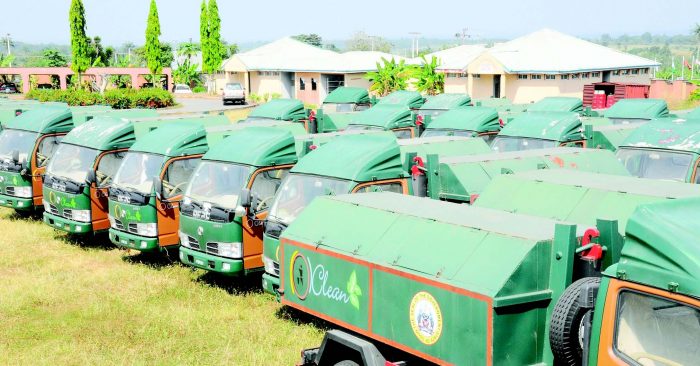 The Rainy Season Is On And It Has Always Been Mixed Feelings And Reactions. While Some Are Happy About The Abundance And Greenish That Is Associated With The Season, Others Fear Flooding With The Loss Of Lives And Properties It Might Brings, As Water Must Find Its Way. In The State Of Osun, It Is A Clear Departure From The Usual Since The Administration Of Ogbeni Rauf Aregbesola Assumed The Leadership Position In The State.

In This Interview, With Sola Jacobs, The Commissioner For Environment And Sanitation, Mr Idowu Korede, Share Some Proactive Stance Of The State Government To Avert The Perennial Flooding Which Often Result Into Loss Of Lives And Property. Excerpt:

OSDF: It is observed that there is less of flooding reports in Osun since the assumption of the present administration, what has been the secret?

Korede: It is the proactive stance of the Ogbeni Aregbesola’s administration that has curtailed the incidences of flooding in the state. It is on record that Osun State government has dredged 250 kilometres of its waterways since he assumed the leadership position in the state. Moreover, we are distilling our waterways as we speak right now. The ministry has distilled Oora stream in Ilesa, Eesinminrin and Opa streams in Ile-Ife, Omi-okun in Ife through Odo-Okun in Modakeke and many others. It is just that we have to remind our people that dumping refuse especially pet bottles and other non bio-degradable items on our waterways is hazardous. Despite the measure that the government has been taking on dredging of waterways, government is also taking disposable refuse through waste van collection on daily basis and the government will not fold its arms and allow only few recalcitrant individuals to inflict pains on the overall population. The Ministry of Environment will through its enforcement unit, O’clean marshal start waste policing and prosecution of offenders who have turned waterways to dump sites.

OSDF: On O’clean marshals, there are complaints that they just arrest indiscriminately and seal off houses on frivolous charges?

Korede: In any system, there abounds bad eggs, but the complaints about the operations of the O’clean marshal are not entirely true, as they work within the ambit of their duty. They are to enforce laws on refuse disposal, discourage street trading, ensure that each residential apartment in the state have toilets. Most of the people that complain have been established to have flouted one or two of these offences. Therefore, our people should not politicised issues, as the government will continue to promote healthy living among its citizens. Be that as it may, we are committed to ensure that justice is served and whoever feels he has been unjustly arrested should complain to the appropriate authority and I can assure you that justice would be done.

OSDF: On the major dump site at Onibueja in Osogbo along Iwo road, residential houses have surrounded the dump site, a scenario that is considered to be hazardous, what is the state government doing to relocate the dump site from the present site?

Korede: We have acquired 50 hectares of land elsewhere and about to relocate to the new site very soon. The government is embarking on waste to wealth programmes which will require a lot of tonnage of wastes, even from other towns and cities in the state which in turn will create jobs and energy for the usage of our people. Therefore, the government is aware of the situation and has taken appropriate measure to address it.

Korede: We have embarked on public enlightenment and advocacy programme on the need to dispose refuse rightly; we cannot revert to old ways of doing things, as it is not healthy for us to be burning our refuse. My advice and plea is that the public should cooperate with the refuse collectors in their locality to ensure clean and healthy state. Indiscriminate refuse dumping is a crime against the state and when the result of it comes, it is not only the person that commits the offence that will suffer for it, the entire people of the area where the offence is committed will face the health danger attached to it.

So, the government will not wait for that time to come, we will take preventive measures by ensuring that whoever is caught, is made to face the music.

OSDF: Illegal dump site are back in some locality in the state, based on complaints that some of the dump sites are not functioning in other major cities and towns in Osun, what is the true position of things?

Korode: All local  governments in the state has its dump site and so, the issue of illegal dump sites in other towns and cities should not arise, as the sanitary officers in the affected areas, will definitely swing into action and arrest those who dump refuse illegally in unauthorised places. I can assure you that the dump sites are there functioning, except for those who have decided to be indiscriminate.

OSDF: There are food vendors, both individual/cooperate across towns and cities in Osun, what is your ministry doing to ensure that they maintain healthy practices in their trade?

Korede: The sanitary officers are doing this through inspection of their premises and training of the food vendors to ensure that the citizens have value for their money and that they maintain healthy stance in cooking and serving foods to the populace, we train and retrain them periodically and we will keep it up in the state. Our concern is that the people of Osun should remain healthy through cleanliness of their environment and what they consume and we are very much committed to it.

From time to time, we are also reviewing our activities and as well as training our men to be more efficient and effective in their various fields. Therefore, we are soliciting the cooperation of our people in ensuring that they obey all the rules that would promote healthy living in the state.

OSDF: What is your advice to Osun people especially in this rainy season?

Korede: Rainy season is a blessing to us all and we should not turn it to something else. The people should not dump refuse on water ways and avoid building of anything whatsoever on water ways. Ensure right disposal of waste as the state government will arrest and prosecute those who dump wastes indiscriminately in undesignated places.