Some members of the House of Representatives have proposed that the National Assembly be shut down to force the President, Major General Muhammadu Buhari (retd.), to wake up to his responsibility of ensuring protection of life and property in Nigeria. This is just as a lawmaker called for the resignation or sacking of the National…”
Victor
News 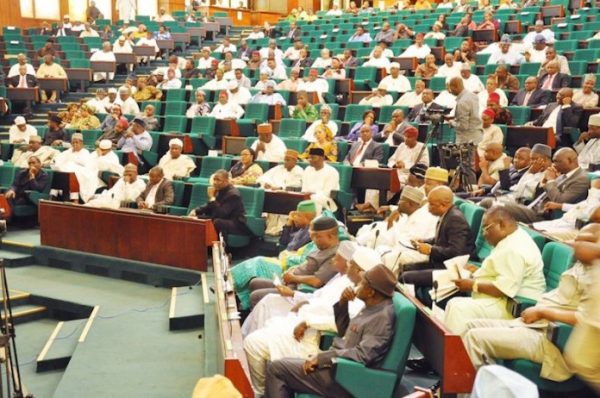 Some members of the House of Representatives have proposed that the National Assembly be shut down to force the President, Major General Muhammadu Buhari (retd.), to wake up to his responsibility of ensuring protection of life and property in Nigeria.

This is just as a lawmaker called for the resignation or sacking of the National Security Adviser, Maj.-Gen. Babagana Monguno, saying he should have been sacked along with the last set of service chiefs.

The House cut short its plenary on Thursday, following an extended debate on the growing insecurity in the country, during which emotions ran high in the chamber.

Items on the Order Paper for the day, which contains the agenda for each plenary, were stepped down after the lawmakers, mostly members of the ruling party, All Progressives Congress, spent over one hour criticising the Buhari-led regime and security agencies.

A member of the House, Shehu Balarabe, had moved a motion of urgent public importance on the killings in Kaduna.

The Majority Leader, Alhassan Ado-Doguwa, noted that he would use his “emotion-laden voice” to speak in his capacity as leader of the House and the “ambassador of the government on this floor.”

Ado-Doguwa said, “You can see how this chamber is thrown into disquiet and into an emotionally-disturbed manner. When you have a government in place, the major responsibility of that government, especially a democratic one which was elected by the people, is to ensure safety of lives and properties of its innocent citizens.

“This is an elected government under a popular democracy but we continue, day in day out…killings, massacre, banditry, armed robbery left, right, and centre. This is just a report of one local government area out of the 774 of the federation.”

The majority leader asked why several parts of Kaduna State have been under attack despite the existence of several military and paramilitary institutions and bases, “the highest number you can count in the northern part of the country,” in the state.

“The government, in this case, has to rise up to its responsibility and call a spade a spade,” he stated.

Ado-Doguwa pointed out that the National Assembly had always appropriated more funds for the security agencies, while relevant committees have been following up on the use of the funds in the implementation of the budget.

Contributing, Aminu Suleiman said the situation “is going beyond the control of our security agencies,” adding that nobody can explain “this clear case of what I will call ineptitude – absolute ineptitude.” He decried that the entire country is now insecure, with the crisis in the North-West growing at an alarming rate.

Suleiman said, “I am beginning to interrogate the power of our resolutions here. We have passed several resolutions, we have lamented. Is there any way now that we can ensure enforcement of our resolutions? Can’t we as a House take more drastic action?

Nations to gather in UN Conference on global warming