Insecurity Has Returned To Osun Big-Time Under Oyetola

Below is an opinion of a university lecturer on the incessant bank raids and other criminal activities that are taking place in the state.  THE news of the deadly robbery attack in Iragbiji, Governor Gboyega Oyetola’s hometown, is poetic in a sense. If Oyetola cannot protect his hometown, how possibly can he protect the…”
Yusuf
featured Op-Ed Osun Security 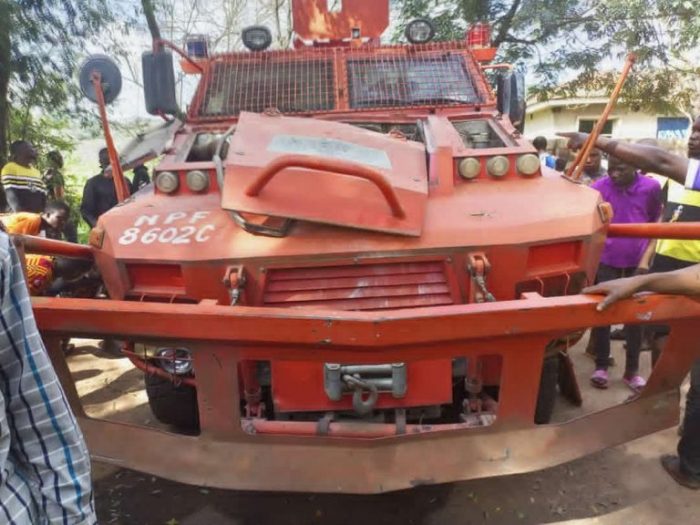 Below is an opinion of a university lecturer on the incessant bank raids and other criminal activities that are taking place in the state.

THE news of the deadly robbery attack in Iragbiji, Governor Gboyega Oyetola’s hometown, is poetic in a sense. If Oyetola cannot protect his hometown, how possibly can he protect the state?

It is an indication that his hubris and mediocrity is costing Osun very huge. Oyetola has no interest in governance, as he is obsessed with his predecessor, Ogbeni Rauf Aregbesola.

The robbers came and attacked the Divisional Police Headquarters, killing two Police officers and also attacked a bank in a daredevil fashion. Totally unrestrained, and then vanished into thin air, as usual.

Bank robberies and insecurity of lives and property have been the defining characteristics of the Oyetola administration. Deadly bank robberies in some parts of the state have become regular. Haa! N’ilu to l’oba t’oni ijoye!

The government has gone to sleep, in delirious celebration of the 30th anniversary of the creation of the state, governed at present headed by Oyetola. He paid journalists to sing his praises. Where are Reuben Abati, Festus Adedayo and Martins Oloja, the poodles and lickspittles of Oyetola, who continue to adorn him in borrowed robes as robbers take over the state? Awon igi da, eye fo!

This is another indication of the squandering of the envious and incomparable legacies left to him by Aregbesola. The last time we had this level of insecurity in the state was under the satanic government of Oyinlola, when we slept with the two eyes wide open.

When Aregbesola was governor, he procured Armoured Personnel Carriers, patrol vans and motivated the security agencies. Bank robberies were foiled and the robbers took a leave from Osun. But now they are back with full force, thanks to Oyetola and the Police commissioner.

The Police Commissioner has no time for security of lives and property, having lent himself to be used to persecute political opposition in the state. In a most bizarre display of partisanship and miscarriage of justice, the Police Commissioner shielded the Governor’s thugs who attacked APC members that brought their petition to the APC appeal committee and arrested the victims of the attack and even had the temerity to arraign them before a judge.

Now his comeuppance has come. Robbers have taken over his territory and the people are groaning. There is blood, tears and sorrow in the land. He should go. He is not capable of providing security in the state.

As for Oyetola, his inglorious tenure shall come to an end after next year’s election. These lines from Edward Fitzgerald, the poet who wrote in Omar Khayyam, will suffice for him:

“The Moving Finger writes; and having writ,

Moves on: nor all thy Piety nor Wit

Shall lure it back to cancel half a Line,

Nor all thy Tears wash out a Word of it”