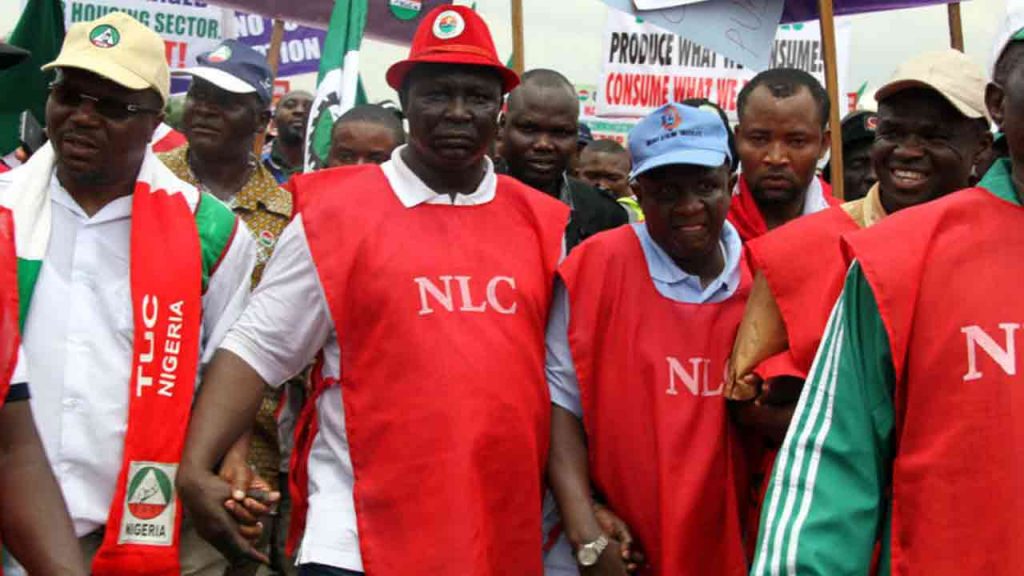 In an inelastic supply situation, where there is no expansion in production, whereas more money is pumped into the system, consumers will be subjected to the shylock tendencies of entrepreneurs who want to make more bucks.

Consider this argument of Adam Smith: “The man who wanted to buy salt… and had nothing but cattle to give in exchange for it, must have been obliged to buy salt to the value of a whole ox,” which will be more than his need.
If you can’t divvy the ox into portions equal to the value of salt needed, and the consumer may then have to take the entire ox for the small amount of salt that he needed, the ox would be likened to “too much money chasing too few goods.”

If Nigeria’s economy were run in a way to grow organically, the argument against increase in the national minimum wage would be tenable. But what obtains in Nigeria is a “sharing system,” and not quite an economy in the real sense.

The money shared at the FAAC meetings enters into the Nigerian system as salaries of all grades and cadres of public servants, government contractors, security votes of state actors, and sundry other dubious and opaque schemes and stratagems.

That the Nigerian economy is just an emporium, or place of trade, can be explained by the manner in which rural Nigerian marts converge on one village, empty at the end of the day, and converge on the next village, day after day in an endless circuit.

To confirm former President Olusegun Obasanjo’s claim that Nigeria is a trading outpost of the metropolitan economies, take a look at the long queue of trailers and fuel tankers waiting to evacuate imported goods from the Lagos Tin Can Island Port.

Those who make economic, fiscal, and monetary policies, at the federal, state, and local government levels, deserve no breather. They must be challenged to figure out incentives for Nigeria’s merchant class to invest in business startups, or revive those that have become moribund due to infrastructure deficits, faulty currency exchange, etc.

Those who think that the demand for N30,000 minimum national wage is irresponsible must be told that labour was even dovish in asking for what is due to the workers. The labour leaders should have stood their ground on the N66,500 they earlier demanded.

Those who also think that labour should have only asked for amenities, like healthcare, education, water, transport, and electricity, miss the point. In addition to appropriate salaries, those amenities should be a given, a separate and additional, part of the conditions of service of every Nigerian worker.

That is the modicum guaranteed by Section 16(2)(d) of Nigeria’s constitution, which provides that, “The State shall direct its policy towards ensuring that suitable and adequate shelter, suitable and adequate food, reasonable minimum living wage, old age care and pensions, and unemployment and sick benefits and welfare of the disabled, are provided for all citizens.”

Even brazen capitalist economies, like America, the United Kingdom, France, Germany, and latter-day converts to capitalism such as China and Russia have these social infrastructure provisions. They also guarantee a minimum living wage and a mechanism for regular wage reviews.

Those spoilsports may want to know that Senator Bernie Sanders, a former American presidential aspirant, is leading a drive to raise America’s national minimum wage to $15 per hour. And it looks like the proposal is going to receive a right-on in the American Congress.

If you multiply $15 by America’s standard 40 hours of work per week, the minimum weekly wage of an American worker will be $600. If you convert the $600 to naira, even at N300, which is slightly below the Central Bank of Nigeria’s official rate, the resulting N180,000 minimum weekly wage of an American will be equal to six months wages of a Nigerian worker, after the N30,000 minimum wage comes into effect.

Globalisation has made the world “flat” and the economies of the world are interconnected to the extent that consumers throughout the world can almost be said to be trading in a single market. Therefore, President Buhari must quickly dispatch the national minimum wage bill to the National Assembly for the enabling Act.

Senator Ben Murray-Bruce has promised that the Senate will speedily pass the bill if President Buhari forwards it on time. So, the labour unions must closely monitor the bill from the Executive Branch to the legislature.

This dogged vigilance is what will get all Nigerian governments – federal, states, and local governments – to create a conducive environment for businesses that pay taxes, and employ labour that will also pay taxes.

When Buhari’s aides denied he ever committed to any figure, the presidential candidate of the Peoples Democratic Party, Atiku Abubakar, threw him a jab by reportedly raising the minimum wage throughout his business empire to N33,000. He also suggested that President Buhari may disappoint the workers.

Minister of Information and Culture, Lai Mohammed, created a lacuna between the recommendation and the approval of the new national minimum wage. He seems intent to make a liar of almost venerable Ama Pepple, Chairman of the Technical Committee on Industrial Relations Matters in the Federal Public Service.

Also, the National Industrial Court resumed hearing on a suit filed by the Federal Government to prevent the now suspended strike of November 6, 2018, to order the plaintiff, and respondent to submit the report of their negotiations on minimum wages.

Advocates of price control also miss the point. They forget the hardship of the attempt by the military regime of Maj.-Gen. Muhammadu Buhari to ration the so-called “essential commodities” at controlled prices. They also forget the stress that Nigerians encounter whenever there is shortage of petroleum products, which are even subsidised.

These price control advocates should hold government responsible for Section 16(1)(c) of the constitution, which provides that “The State shall… control the national economy… to secure the maximum welfare, freedom and happiness of every citizen on the basis of social justice and equality of status and opportunity.”

Perhaps, this is the time to review the Second Schedule of Nigeria’s constitution, so that items like fishing, inland waterways, railways, electricity, tourism, mining, even common law marriages, can be assigned to state governments or private enterprises.

If you check out the immense contribution of the private sector to the domestic telecoms and aviation sectors, you will understand why it is imperative to take a long and hard second look at the Federal Exclusive List.

Nigeria’s economy must conform to ideal economic principles, and grow organically, to enable the minimum wage to reflect the cost of living.

Imperatives Of Nigeria’s Leadership In The Gulf Of Guinea By Chiagozie Udeh And Oseloka H. Obaze

2019: Let The Others Simply Run Away By Femi Adesina

The Shape Of The 2019 Presidential Election