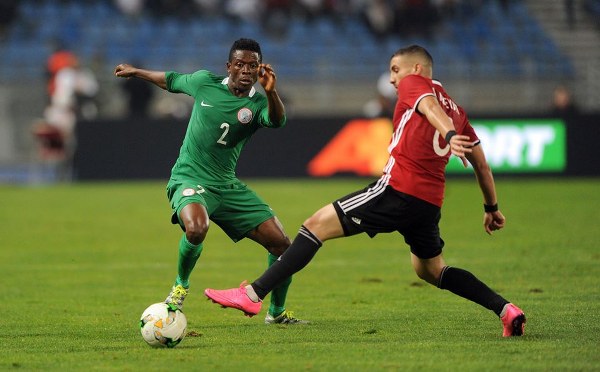 Home-based Super Eagles duo Kalu Orji and Osas Okoro are keen on securing move abroad after failing to renew their contracts with seven-time Nigeria Professional Football League champions Enugu Rangers.
Centre-back Orji and and right-back Okoro were part of Nigeria’s Home Eagles team that came second at the recently concluded African Nations Championship (CHAN) in Morocco.
They have been key members of the Rangers team in recent years and played pivotal roles in title success two seasons ago, the club’s first in over 30 years.
Orji , who had a brief spell with KF Tirana of Albania last year, Completesportsnigeria.com scooped is close to securing a move to a Kazakhstani club
“My contract with Rangers ended last season and I didn’t renew it,” Orji told CSN.
“Right now, I’m talking to some clubs in Europe and all things being equal I should move abroad soon.”
The versatile Okoro who can also play as a winger also confirmed to CSN that he is close to joining a foreign club.
“My mind is set on playing abroad and I have some offers on the table which I’m studying,” he said.
”I don’t want to reveal anything for now until everything is settled.”