A member of the National Youth Service Corps, Becky Godfrey, and three other travellers were abducted on Monday by some gunmen. The victims were reportedly on a bus travelling to Bayelsa State when the kidnappers lay in ambush for them on Okene-Auchi Road It was learnt that Becky, who is serving in the Sagbama Local…”
Editor
News 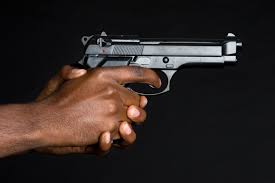 A member of the National Youth Service Corps, Becky Godfrey, and three other travellers were abducted on Monday by some gunmen.

It was learnt that Becky, who is serving in the Sagbama Local Government Area of Bayelsa State, was travelling back to her place of primary assignment to sign a clearance form for her monthly allowance when the incident happened.

News reports gathered that one of the assailants, who was in a police uniform, had flagged down the bus. As the driver stopped, other members of the gang came out of a bush and seized the corps member.

They were said to have picked three other passengers, while other occupants, including the driver, were freed before the gunmen disappeared into the bush with their victims.

It was gathered that the driver reported the incident at the Okene Police Division.

A few hours after the abduction, the assailants contacted Becky’s father, Braima Godfrey, on the phone, and demanded N5m in ransom.

Braima, who spoke with our correspondent on the telephone, said efforts to negotiate with the kidnappers were futile, adding that the police eventually rescued Becky and other victims around 12pm on Tuesday.

He said, “They said I should bring N5m. I bargained with them on Monday, but they did not agree. I called them more than 20 times, but they insisted on N5m. I called them again this morning (Tuesday), they were adamant.

“My daughter told me on the phone that some of her abductors wore masks and that three other passengers were kidnapped. She graduated last year from Auchi Polytechnic, Edo State, where she studied Marketing. She will finish her service in May.

“When I got to the Okene Police Division on Tuesday, I was told that the Area Commander and some officers had gone to the scene of the incident.

“Around 12pm, my daughter and the three others were rescued and one of the suspects was arrested.”

Thirty-year-old Becky, who spoke to our correspondent on the phone shortly after she was rescued, described her experience in the kidnappers’ den as traumatic.

She said was awoke all night without being given food, adding that the abductors offered them dirty water when they complained of thirst.

She said, “As we were travelling, an armed man in a police uniform stopped our bus. We were 11 on that bus. Our driver thought he was a policeman and stopped for him. He suddenly fired his gun and some men came out of the bush.

“They collected our money and phones and took four of us with them into the bush. Some of them were Fulani. They beat me up and forced me to disclose my father’s phone number.

“My experience in the bush was terrible. They didn’t give us any food. Later, they gave us dirty water to quench our thirst. The water was smelly. None of us drank it. I was the only female; the three other victims were males.”

The Kogi State Police Public Relations Officer, William Aya, said two persons were arrested and had been transferred to the State Criminal Investigation and Intelligence Department.

He said, “The Area Commander led a team to the bush and rescued the four victims. One of them is a corps member. We were able to arrest two suspects and efforts are ongoing to arrest fleeing members of the gang.”

Police Arrest Mother Who Sets Her Daughter Ablaze In Ogun