Gunfire In Abuja, As Pro, Anti-Buhari Groups Clash And Other News Headlines Today 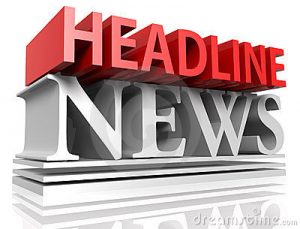 Pandemonium broke out at the Wuse market, Abuja, in the Federal Capital Territory (FCT), yesterday, following attempt by popular musician and leader of ‘Our Mumu Don Do’ group, Charles Oputa, better known as Charlie Boy, and his allies to mobilize traders to join the protest against ailing President Muhammadu Buhari

Police shot into the air yesterday, after protesters demanding that President Muhammadu Buhari should resume or resign, were confronted by supporters of the President in Abuja.

Riot In Abuja Over Buhari

Renowned music star and actor Charles Oputa (Charlie Boy) and other anti-President Muhammadu Buhari protesters yesterday escaped death by hairsbreadth when an angry mob, suspected to be members of the pro-Buhari group, attacked them at the popular Wuse Market, Abuja.

The Minister of Education, Mallam Adamu Adamu, yesterday assured Nigerians that the industrial action embarked upon by the Academic Staff Union of Universities (ASSU) may end in two days.

Forensic Audit Of N30b Given To ASUU Coming