The Ondo state chapter of Asiwaju Grassroots Foundation, AGF has expressed its unreserved condemnation of the unwarranted attack against the person of the Osun state Commissioner for Regional Integration Hon. Bola Ilori describing the act as a serious embarrassment to Ondo state and a serious dent on Ondo state credential of civility. The group in…”
Editor
News Oduduwa 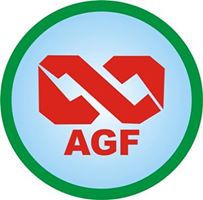 The Ondo state chapter of Asiwaju Grassroots Foundation, AGF has expressed its unreserved condemnation of the unwarranted attack against the person of the Osun state Commissioner for Regional Integration Hon. Bola Ilori describing the act as a serious embarrassment to Ondo state and a serious dent on Ondo state credential of civility.

The group in a release issued in Akure and signed by the state co-ordinator Mr. Olanrewaju Akinkuotu said: “the despicable act is totally alien to Yoruba culture of upholding human dignity and civility towards one’s guests”.

“The APC Zonal Consultation on restructuring was advertised as an open invitation event and all Nigerians were encouraged to be in attendance to share their opinion on the future of Nigeria. Its therefore strange where the logic that Bola Ilori should not have attended the event came from. If anything, the scenario has portrayed the Ondo Government functionaries that anchored the event has lacking in basic understanding of what their mandates were”

“To the best of our knowledge, Hon. Bola Ilori is a Nigerian and that grants him the basic right to be at the event. When you now add that to the fact that he was there as part of the delegation of another sister state duly invited for the programme, then the harassment suffered by Hon. Bola Ilori smacks of arrant lack of sense of accommodation of divergent opinions which is the hallmark of true democracy. This is undemocratic and brutish totally unjustifiable and we condemn it in its entirety.

“We are also surprised and embarrassed by the acute display of lack of tact by the Ondo state commissioner of Information. What any knowledgeable government functionary would have done was to immediately condemn the attack and distance the government from the act even if they are the actual sponsor. The rationalization of the violence by the information commissioner has in a big way escalated what could have been better managed. We sincerely believe that our Governor Bar Rotimi Akeredolu (SAN) is not part of this dishonourable act but mere thoughtless action of some overzealous aides”

“This is not the first time Oranmiyan would intervene in Ondo politics. We remember that the same Oranmiyan with the same flag the information Commissioner tries to cast aspersions against in a bid to defend a miscreant who tore Hon. Bola Iloori shirt was in Ondo state in 2012 to campaign and set up structures throughout the state to support our current Governor Bar. Akeredolu, simple search on google would have reveal this to our commissioner. Our information Commissioner should not be seen to be helping the governor source more enemies, we should all promote unity and good neighbourliness”.

“We hereby call on law enforcement agents to immediately arrest and prosecute the perpetrators of the attack and their sponsors. The allegations against the Secretary to the state government should also be investigated. We call on leaders of APC to immediately intervene in the matter to prevent further escalation of the unwarranted crisis. The possibility of what this sad event can lead to is beginning to manifest with the condemnable violence between Sunshine stars supporters and Osun United where Sunshine stars suffered two injuries and about six Osun Government buses were destroyed in the fracas. Whoever thinks it cannot get beyond this if no effort is made to intervene would only be playing ostrich” AGF concluded.