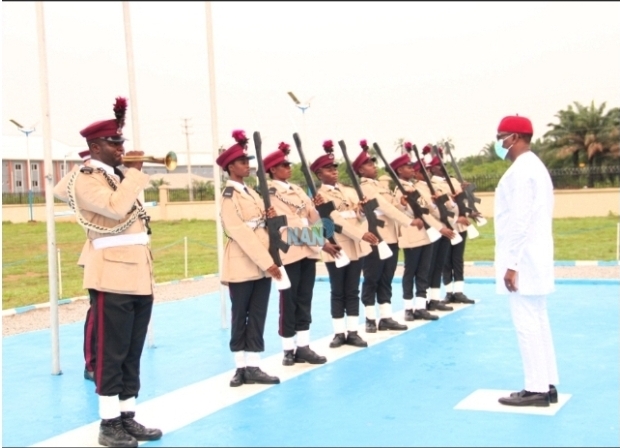 The Delta Governor, Ifeanyi Okowa, has called for a national emergency on road transport to address incessant road accident and prevent commuters from avoidable deaths in the country.

He said his administration was proud to have made contributions to road safety and called for a national emergency to reduce road crashes in the country.

Okowa said that latest figures from the National Bureau of Statistics (NBS) showed a decline in the number of road accidents in the second quarter of 2021.
Read Also Ramadan: Ansar-Ud-deen Implores Muslims To Alleviate Sufferings Of Less privileged
He, however, said that the number of road crashes on our roads was still a matter of serious concern.

“According to the NBS, road accidents fell marginally from 3,301 in the first quarter of 2021 to 3,185 in the second quarter, representing a decrease of 3.51 percent.

“The report also indicated that commercial vehicles accounted for 64.92 per cent of the total vehicles involved.

“From all indications, speed violation, wrongful overtaking, and dangerous overtaking are some of the major causes of road accidents in the country.

“It is my considered view that the issue of road safety should be treated as a national emergency. There are just too many people dying from avoidable road accidents.

“I believe that as a first step to drastically reduce the number of accidents on our roads, public enlightenment is crucial.

“I dare say that most drivers on our roads, commercial and private, are not conversant with road signs and safe driving habits.

“It is going to take more than sanctions to curb the indiscipline and recklessness on our roads and our approach should be proactive,” he said.

“The FRSC must, as a matter of exigency, educate Nigerians continually and continuously on the meaning of road signs, the importance of observing them, and the need for them to regularly service and maintain their vehicles.

“For it to be effective, the enlightenment campaign should not be done on ad-hoc basis; it should be part and parcel of the daily activities of the agency.

“This is the only way to ensure that our people imbibe the culture of safe driving and nobody who has not been properly taught, tested, and found worthy of driving should be entrusted with a Driving Licence.

“The process for obtaining one must be strict and rigorous, and enforced without fear or favour,” Okowa said.

He congratulated the first set of Corps Marshals trained in the facility.

“It is a thing of joy for me that in less than a year, we are already reaping the fruits of this investment by the state government in partnership with the FRSC,” Okowa added.

According to him, the school has helped the FRSC in the training of its professionals.

“The school has produced 600 drivers that would be deployed across the country to assist in stimulating operational efficiency.

“Drivers were given six months regimental training which will go a long way in reducing carnage on the nation’s highways,” Oyeyemi said.

He added that the training would enable the drivers become instructors.