Why the Fury on President Buhari’s Health? By Okunrinboye Olu 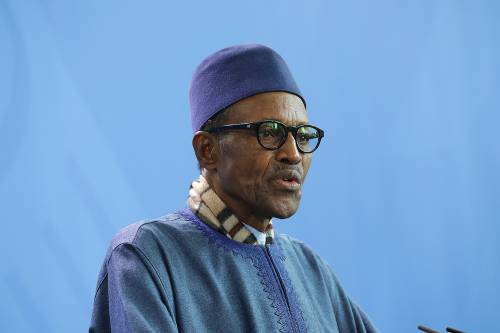 A Yoruba axiom suffices that: “The lizard that jumped down from a top tree would praise itself if no one else did.” The systemic appraisal which justified the president’s performance on the fight against corruption should also be complemented by ordinary Nigerians. These are people who feel the direct brunt of socio-economic challenges and mostly affected by dividends of democracy.

To sustain good governance, a step should be taken further from fighting corruption to achieving remarkable socio-economic growth that can mitigate the hardship of Nigerians. The Nigerian economy must be elevated to a reasonable point on the developmental continuum that can guarantee better life for citizens. Our social environment must be safe enough for people to survive without unwarranted threats to their lives. There must be enabling environment for direct investments such that high level of unemployment will be eliminated. With the above conditions in place, the template for achieving good governance will be in line with the government programme.

Similarly, former president Olusegun Obasanjo was quoted as having admitted that “Our generation has failed us.”Upon closer and intuitive analysis, former president Obasanjo’s statement could mean that the present Nigerian challenges, and its accompanied social imbroglios, were the creation of people of his generation who maintained tight grips on power for the past forty (40) years. Again, the elder state-man implied that conducts of past Nigerian leaders have bred high level resources mismanagement; a condition which paved the way for monumental corruption.

Furthermore, the pronouncement underscored that the lack of focus of that generation led to present socio-economic problems. And funny enough, Nigerian leaders then lacked required clout and moral capacity to address the nagging political situation head-long in order to eliminate apparent indices of economic catastrophe. For example, the oil boom era which should have been harnessed for intensive national cohesion and development was shoddily managed by the then weak political and military leaders. To cap the above statement of former president Obasanjo, contemporary young leaders are tactically advised to take ‘the Bull by the horn’ and become absolutely responsive to the task of nation building. They must not follow the footpath of their mentors who grossly mismanaged the polity in pursuance of selfish interests.

I understand and as well sympathize with majority of Nigerians presently agitating for the reversal of national economic downturn. Under the present demeaning economic condition, majority people can no longer live decently and have become skinny ghosts of their previous personalities. Various national challenges that led to the above condition have been reiterated by different writers and social critics. They include: epileptic infrastructures, frequent religious crisis, lack of security to life and properties, and nepotism that debased the national identity.

The living condition of downtrodden Nigerians who cast their votes to elect the present government in 2015 with the false hope to achieve better life has been met with disappointment. Some Nigerians who can no longer stomach their frustrations with the system have committed suicide.

To draw the crowd of Nigerians away from their pressing challenges, the president illness has become unnecessary arguments among some unproductive leaders. There is no contention to the fact that our president is sick and has travelled abroad to seek the-state of-art medical treatment. It is another plain fact that the president handed-over the nation’s administration to his Vice President who has shown beyond mere rhetoric that he has the capacity to resolve the knotty socio-economic challenges and thereafter move the nation forward. Political trouble makers masquerading under religious and tribal cloaks must not hold the nation to ransom.

Presently, we have a healthy and vibrant Vice President, Professor Yemi Osinbajo, who is effectively running the Nigerian government. All we need do now as positive change agents is to exercise patience and resolute commitment towards ensuring that governmental schemes for change become effective. From the hitherto paralytic economic conditions, Nigerians must begin to work collectively to actualize the governmental political agenda.

It is unfortunate that political leaders in the present government have spent valuable time throttling around the globe to locate the particular hospital in which president Buhari is being hospitalized. Rather than spend such valuable time to enact supportive laws that can sustain good governance and economic recovery, they frantically jet out to other nations in their droves to identify the hospital bed on which president Buhari was admitted. We find it difficult to understand if some of these law makers elected from various constituencies are still working for the nation or getting involved in frivolous national issues.

The above reminds me of a middle aged Chinese lady who migrated to Nigeria some years ago. The lady was interviewed by a British Newspaper and was quoted that she and her mother discovered Nigeria on-line as a nation with relative calm for business and friendly to Chinese people. She said that her business is “the sale of electronic gadgets, household equipment, general supplies and business odds and ends”. She was asked if Nigerian people were friendly but she quickly replied that:
“I didn’t come here to make friends.”

In 1919 president Woodrow Wilson of United States of America suffered a paralyzing stroke and was bed-ridden for seventeen months during which time his wife, Edith Wilson, managed the governmental affairs in the country and the government did not falter or fail.

She became the de-facto president of United States while her husband struggled to bail out of his sick bed. Whatever happens to any foremost leader in decent society, existing leadership succession must take precedence to move the concerned nation forward. The present situation relating to ill-health of Nigerian president must not be considered as an exception. If we must achieve leadership relevance in the shortest possible time, considerations like place of origin, quota system, social group stratification, selfish pursuits, etc., must be eschewed for credible basis of leadership selection. We must remove political party sentiment towards the election of national leaders for vibrant ideas, solid career exposure, national experience, sound health, overwhelming abilities, resources convertibility knowledge, etc.

The old Nigerian political reform was successful because the then politicians of note (“the great ZIK, Awo, Zadauna of Sokoto, Enahoro, Taka, Adebanjo and many of their peers) fought relentlessly for the national independence. They also encouraged diverse voices through the promotion of free speech that led to the creation of vibrant political culture.” However, the culture of free speech must not be sacrificed on alter of indecency by modern day politicians. How reasonable is it for some Nigerians with youthful exuberance, operating under whatever nomenclature, issue out inconsequential ultimatum to people from other tribes to vacate their homeland? During a hazardous time when Nigerians ought to suggest diverse ways to achieve national cohesion, some fifth columnists are already fuelling embers of disunity to perpetuate tribal hara-kiri! The ugly tribal ultimatum must be considered as arrant senseless action of some terrible Nigerians. Such diabolical call can only originate from youths full of bitterness against other tribes, venomous bickering and religious bigotries!

Also, a sit at home order recently issued by MASSOB when celebrating the ‘Biafra Day’ was most unfortunate. It is an irony that the ghost of Biafra war, which lasted for almost three (3) years and in which over three million Nigerians were killed, can still be awaken to torment those presently living and have no ties with it. We ought to have learned tour bitter lesson of senseless slaughter of brothers and sisters during the war. If the most principal actors and those who lost their loved ones during the war were still alive, would they have opted out for ‘another exchange of fire’ on the battle-field with brothers termed as enemies? How can children-born-yesterday who cannot do without food be clamoring for another war when we can resolve our differences amicably? How can Nigeria move forward with the ensuing tribal bickering, religious maladies and ignominious political threats? Every tribe in Nigeria attempting to subjugate other tribes to the state of irrelevancy must be cautioned considering the aftermath effect. Any threat of secession when the framework for commonwealth Nigeria is being tactically laid must be met with stiff caution. Nigeria must stay together as a COMMONWEALTH nation but suggestively under a restructuring agenda that can motivate timely development.

Twenty years ago, India was considered as an archetypal developing country and home to the largest concentration of poor people in the world. The nation had low economic growth and violent religious conflicts. But today, India is a powerful economic hub of the world with a democratic tradition that has remained intact and stable. India has stepped up to become the world’s largest democratic nation which maintained her geographical integrity and also become the beacon of global hi-technology since 1947alongside Russia, Brazil, China, etc. Today, some wealthy Nigerians usually choose between India and South Africa for medical treatments. Presumably and along the path of societal development, India has achieved something great to offer the world.

So far, there is no doubt that the moderate triumph from Buhari’s war against corruption had been systematically won. This was achieved at the expense of some of the president’s political associates and to the glaring disappointment to many skewed politicians who survived as multi-billionaires by looting the public treasury. These disappointed politicians, influential men and women that are subtly disparaging the president’s efforts are not greater than Nigeria.

Robert Moses created highways around New York City in USA and in the process wiped out minor neighborhoods thereby turning such communities into wastelands. He once remarked famously: “In order to make an omelet, you’ve got to break a few eggs.”Our leaders must find a lasting peace among Nigerian citizens by “fixing right” existing relationship lacuna and the national economy without further delay. They must always remember the wisdom of Albert Schweitzer, the Nobel peace winner who once said: “Until he ends his circle of compassion on living things, man will not himself find peace.”

Nigerians must think out of the box of ‘circulating corruption’ towards exploring developmental angles that can bail out the nation from her present economic downturn. We must also make effort to eliminate myriads of socio-economic challenges that have belittled the nation. Another vital area of focus is the neutral stuff option that was deliberately abandoned by successive Nigerian leaders because of the ‘easy-and-free-fund’ from crude oil income.

In brevity, our national slogan in Nigeria should change immediately to become “What can we do to uplift Nigeria rather than what we can gain from the nation?” This strong ethical re-orientation must first be imbibed by political leaders and ensure the immediate spread across the country.

“Buhari Must Overhaul His Cabinet”

Dele Giwa: Not Yet Uhuru For Nigerian Journalists By Israel Ebije