At least 95 people were killed in central Mali when gunmen stormed a village overnight, carrying out an especially bloody attack in the West African nation, which has been gripped by surging extremist violence and ethnic tensions. Nineteen other villagers are missing, the Malian government said in a statement on Monday, as authorities continued to search…”
Yusuf
News 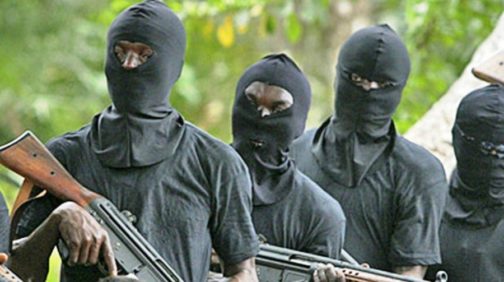 At least 95 people were killed in central Mali when gunmen stormed a village overnight, carrying out an especially bloody attack in the West African nation, which has been gripped by surging extremist violence and ethnic tensions.

Nineteen other villagers are missing, the Malian government said in a statement on Monday, as authorities continued to search for bodies. No group immediately claimed responsibility for the massacre in Sobame Da, a rural community populated mostly by people of the Dogon ethnic group.

The Malian government blamed “armed men, suspected of being terrorists,” who it said “launched a murderous assault on this peaceful village.”

The latest violence follows a March ambush that killed more than 150 Fulani people in the same region, stoking concerns that the ambush was motivated by revenge.

Fighting has skyrocketed in recent years between the two ethnic groups, who have a long history of disputes. The Dogon people, whose roots as farmers in the area span centuries, have clashed over land with the Fulani, who are majority-Muslim herders ranging across West Africa.

Islamist militants pouring into a country twice the size of Texas have aggravated the problem, experts say, by sowing unrest, spiking paranoia and making it easier for people to arm themselves.

Each side has charged the other with fueling bloodshed. Dogon leaders have accused Fulani self-defense groups of working with the extremists.

The United Nations is investigating the March attack in Mali’s Mopti region, which devastated the Fulani village of Ogossago. Intercommunal violence has killed 600 people there since March 2018, according to U.N. estimates.

Advocates are urging the government to ramp up its efforts to ease tensions and prosecute those responsible.

“The pace and brutality of the communal violence, perpetrated by both armed Islamists and ethnic self-defense militias, is alarming and has left hundreds of dead and scores of burned villages in its wake,” said Corinne Dufka, West Africa director at Human Rights Watch, which is also looking into the attacks.

Soumeylou Boubeye Maiga stepped down as prime minister in April amid criticism that the country was failing to protect its citizens — weeks after visiting Washington to ask the United States for help.

Maiga warned at the time that the Islamic State’s downfall in Syria could push more fighters to the Sahel, a region that includes parts of Mali, Niger, Chad and Burkina Faso. Weak borders and underfunded troops exacerbate the problem, he said.

The vast expanse of desert and semiarid land is home to militants with ties to al-Qaeda and the Islamic State.

Terrorists violence has doubled every year in the region since 2016, according to the Africa Center for Strategic Studies in Washington. The death toll has swelled over the past three years, from 218 to at least 1,110.

Mali, where four terrorist groups are active, remains at the epicenter, the group found, accounting for two-thirds of the bloodshed since 2018.