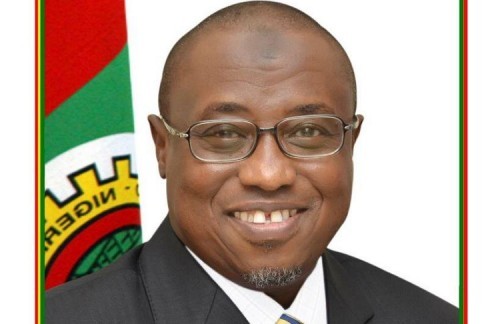 The Group Managing Director of the Nigerian National Petroleum Corporation, Maikanti Baru, has finally responded to allegations of corruption and violation of contract laws raised by the Minister of State for Petroleum, Ibeh Kachikwu.

Mr. Kachikwu met with President Buhari on Friday, but despite the weight of the allegations, no government official reacted publicly until now.

RE: ALLEGATIONS OF LACK OF ADHERENCE TO DUE PROCESS IN NNPC CONTRACT AWARDS

Following the publication of alleged lack of adherence to due process in the award of NNPC contracts, the President ordered the Group Managing Director (GMD) and Management of the Nigerian National Petroleum Corporation (NNPC) to consider and respond expeditiously to the allegations.

The substance of the allegations made by the Minister of State for Petroleum Resources, in a letter to the President dated 30th of August 2017, is that a number of “major contracts were never reviewed or discussed with me (sic) the NNPC Board.”

It is important to note from the outset that the law and the rules do not require a review or discussion with the Minister of State or the NNPC Board on contractual matters. What is required is the processing and approval of contracts by the NNPC Tenders Board, the President in his executive capacity or as Minister of Petroleum, or the Federal Executive Council (FEC), as the case may be. There are therefore situations where all that is required is the approval of the NNPC Tenders Board while, in other cases, based on the threshold, the award must be submitted for presidential approval. Likewise, in some instances it is FEC approval that is required.

It should be noted that for both the Crude Term Contract and the Direct Sale and Direct Purchase (DSDP) agreements, there are no specific values attached to each transaction to warrant the values of $10billion and $5billion respectively placed on them in the claim of Dr. Kachikwu. It is therefore inappropriate to attach arbitrary values to the shortlists with the aim of classifying the transactions as contracts above NNPC Tenders Board limit. They are merely the shortlisting of prospective off-takers of crude oil and suppliers of petroleum products under agreed terms. These transactions were not required to be presented as contracts to the Board of NNPC and, of course, the monetary value of any crude oil eventually lifted by any of the companies goes straight into the federation account and not to the company.

Furthermore, contrary to the assertion of Dr. Kachikwu that he was never involved in the 2017/2018 contracting process for the Crude Oil Term Contracts, Dr. Kachikwu was in fact expressly consulted by the GMD and his recommendations were taken into account in following through the laid down procedure. Thus, for him to turn around and claim that “…these major contracts were never reviewed or discussed with me…” is most unfortunate to say the least.

The contracting process in NNPC is governed by the following:

iii. Procurement method and thresholds of application and the composition of Tenders Board as
provided by the Secretary to the Government of the Federation (SGF) Circular reference no.
SGF/OP/1/S.3/VIII/57, dated 11th March, 2009.

The SGF Circular (iii above) on procurement threshold provided the following authority limits for NNPC transactions as well as the composition of the NNPC Tenders Board:

Table 2: Composition of Tenders Board (SGF Circular (iii) above)

NNPC had cause to clarify severally from Bureau of Public Procurement (BPP) as to the composition of NNPC Tenders Board and the role of NNPC Board appointed by Government. The following clarifications were made.
a. The BPP expressly clarified that NNPC Tenders Board (NTB) is NOT the same as NNPC Board. The governing board (NNPC Board) is responsible for approval of work programmes, corporate plans and budgets, while the NTB is responsible for approval of day-to-day procurement implementation.

As can be seen, all these clarifications were sought and obtained prior to August, 2015 and were implemented by Dr. Kachikwu as the GMD of NNPC. Dr. Kachikwu also constituted the first NNPC Tenders Board on 8th September, 2015 and continued to chair it until his exit in June, 2016.

It is important to state that the COTC is not a contract for procurement of goods, works or services; rather it is simply a list of approved off-takers of Nigerian crude oil of all grades. This list does not carry any value, but simply state the terms and conditions for the lifting. It is therefore inappropriate to attach a value to it with the aim of classifying it as contract above Management limit.

In arriving at the off-takers list for 2017/2018 COTC, the following steps were followed:

This has been the standard procedure and it is the same process adopted during the 2016/2017 COTC when the HMSPR was the GMD.

In conclusion, due process has been fully followed in the shortlisting of the off-takers of the Nigerian crude oil for the current term 2017/2018.

Like the COTC, the DSDP is not a contract for any procurement of goods, works or services, rather it is simply a list of off-takers of crude oil and suppliers of petroleum products of equivalent value.

This list does not carry any value, but simply state the terms and conditions for the lifting and supply of petroleum products. It is therefore mischievous to classify it as contract and attach a value to it that is above Management’s limit.

In arriving at the off-takers list for 2017/2018 DSDP, the following steps were followed:

In conclusion, it has been confirmed that due process has been followed in arriving at the shortlist of the DSDP partners for the 2017/2018 cycle.

The AKK Gas pipeline project is a contractor financed contract. The process adopted for this contract is as follows:

BPP and ICRC certificates have been obtained, while that of NCDMB is being awaited after which the contract will be presented to FEC for consideration and approval.

Thus, due process is being followed in the processing of this contract.

The financing arrangements reported as contracts are part of the process of exiting Cash Call approved by the FEC. It entails negotiations with JV Partners on alternative funding of some selected projects through third party financing to bridge the funding gap associated with Federal Government’s inability to meet its cash call contributions.

The third party financing option emanates from the appropriation act provisions that allow sourcing of financing outside regular cash call contributions. Upon approval of the calendar year’s operating budget, the NNPC in conjunction with its JV partners commence the necessary process for accessing financing to bridge the funding gap.

Section 8 sub-sections (1) and (4) of the NNPC Act CAP N123 requires that all NNPC borrowings must be approved by Mr. President. Specifically, it provides that:

(1) Subject to the other provisions of this section, the Corporation may, from time to time, borrow by overdraft or otherwise howsoever such sums as it may require in the exercise of its functions under this Act.

(4) Where any sum required aforesaid –

Financings taken under this Administration: Approx. $3bn are as follows:

All established due process as enumerated above has been observed leading to the securing of financing for the following projects in 2016/2017:

These are not procurement projects as described by the PPA, 2007. However, all established due processes as enumerated above were followed.

From the foregoing, the allegations were baseless and due process has been followed in the various activities.

Trump Says He Has ‘Absolute Right’ to Share Info With Russia