The Federal Government has taken a swipe at the Peoples Democratic Party (PDP), following the release of the Dapchi schoolgirls abducted by Boko Haram terrorists. Minister of Information and Culture, Lai Mohammed, faulted the party’s reaction to the girls’ release on Thursday in a statement by his media aide, Segun Adeyemi. The abducted girls regained…”
Yusuf
News 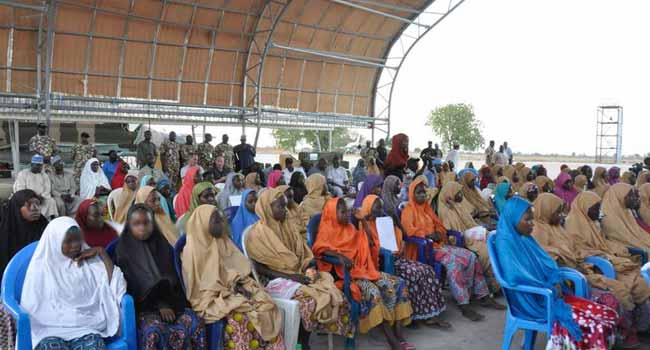 The Federal Government has taken a swipe at the Peoples Democratic Party (PDP), following the release of the Dapchi schoolgirls abducted by Boko Haram terrorists.

Minister of Information and Culture, Lai Mohammed, faulted the party’s reaction to the girls’ release on Thursday in a statement by his media aide, Segun Adeyemi.

The abducted girls regained freedom on Wednesday, more than four weeks after the insurgents invaded the Government Girls Science and Technical College, Dapchi, in Yobe State.

Of the 110 girls snatched by Boko Haram on February 19, the government said 104 were returned by the terrorists with six unaccounted for.

In its reaction, the PDP accused the Federal Government and the All Progressives Congress (APC) of ‘scripting’ the abduction of the schoolgirls.

The party had also called on the United Nations and the International Criminal Court (ICC) to investigate the incident, which it said was a scripted drama by the APC in the bid to seek re-election in 2019.

Mr Mohammed, however, condemned the claim by the opposition, saying such postulation portrays the PDP as an “inhuman, insensitive, unpatriotic and unworthy party”.

He said since the release of the Dapchi girls were negotiated by friendly countries and reputable international organisations, it would have taken a conspiracy of global proportion to have stage-managed the adoption and release of the girls.

The minister noted that the PDP’s reaction amounts to an expression of sour grapes, alleging that the party failed – when it was in power – to quickly resolve a similar abduction of schoolgirls.

“As we have said many times since the abduction of the Dapchi schoolgirls, no government is exempted from its own share of tragedies,” he said. “What makes the difference is the way such tragedies are managed.”

“Whereas it took the PDP all of 18 days to even acknowledge the abduction of the Chibok girls in 2014, the APC Federal Government acted promptly and responsively when the Dapchi schoolgirls were abducted on February 19, 2018, hence their quick release,” Mohammed added.

He further claimed that the party that failed when it was in power has also failed as an opposition, going by its response to the release of the Dapchi schoolgirls – a development he said calls for a non-partisan celebration.

According to the minister, “In its 16 years in power, the PDP redefined governance as cluelessness, massive looting of the public treasury and crude exhibition of power. In its over three years in opposition, the PDP has again shown it does not understand the role of the opposition in a democracy.”

“How then can the PDP convince Nigerians that it has learnt its lessons and that it is ready to rule the country again? he questioned.

Mohammed explained that the Federal Government has ignored statements from the PDP because the party has failed to learn the ropes of being an opposition party.

He, however, said the government broke its own rules because “the PDP over-reached itself and scored an own goal at a time it could simply have congratulated the government and people of Nigeria on the release of the girls or just keep quiet.”

The Minister assured Nigerians that the Federal Government would intensify the ongoing efforts to secure the release of the remaining Chibok girls and return them safely to their families.