Evans Pleads Guilty, Weeps In Court And The Newspaper Headline 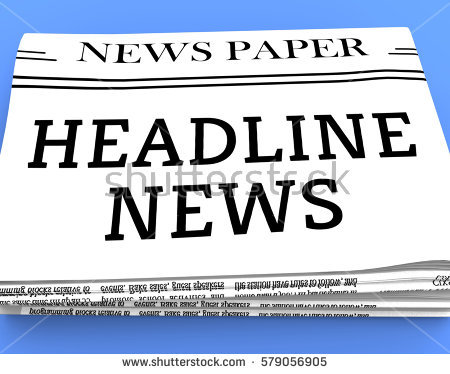 Suspect billionaire kidnapper, Chukwudumeme Onwuamedike a.k.a Evans, yesterday pleaded guilty to the offence of kidnapping upon his arraignment before Justice Hakeem Oshodi of an Ikeja High Court.

ABUJA- THE Federal Government has expressed regret over the on-going ASUU strike, even as the Vice President, Prof. Yemi Osinbajo, was yesterday appointed to lead the Federal Government Negotiation Team to interface with striking Academic Staff Union of Universities, ASUU, to resolve contentious issues that led to the industrial action.

My Lord, I did it

Notorious kidnapper, Chukwudumeme Onwuamadike a.k.a Evans and his five accomplices were yesterday arraigned before a Lagos High Court, ikeja Presided over by Justice Hakeem Oshodi on two count charge of conspiracy and kidnapping.

ACF to S/E govs: Talk to your youths

The Arewa Consultative Forum (ACF) has called on the South-East governor to make use of the Sallah period and talk to agitators of independent People of Biafra (IPOB) to respect the Sovereignty of Nigeria.

There seems to be no end in sight to the strike by the Academic Staff Union of Universities as the Federal Government says it is still the fresh demands made by the union.

Ezekwesili Chickens Out Of Presidential Race