The European Union and several of its member governments gave embattled Venezuelan leader Nicolas Maduro an ultimatum on Saturday, saying they would recognise opposition leader Juan Guaido as president unless he calls elections within eight days. But Venezuela’s foreign minister rejected the warnings, saying “nobody is going to give us deadlines or tell us if…”
Editor
News Politics World News 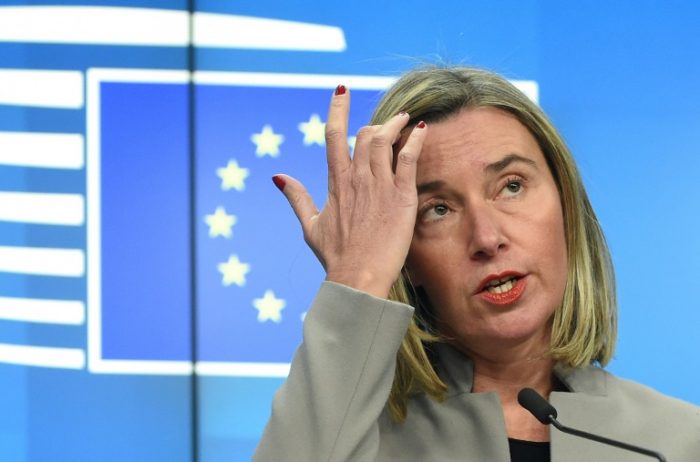 The European Union and several of its member governments gave embattled Venezuelan leader Nicolas Maduro an ultimatum on Saturday, saying they would recognise opposition leader Juan Guaido as president unless he calls elections within eight days.

But Venezuela’s foreign minister rejected the warnings, saying “nobody is going to give us deadlines or tell us if there are elections or not”.

The coordinated announcements are the most explicit yet from EU countries as the 28-member bloc struggles to draft a joint statement with regards to its position on the crisis in Venezuela.

Here is a roundup of European statements after the United States, Canada and major South American governments recognised opposition leader Juan Guaido, who proclaimed himself acting president in a challenge to Maduro.

The European Union “will take further actions” if new elections are not called in Venezuela in the coming days, EU diplomatic chief Federica Mogherini said. This would include “the issue of recognition of the country’s leadership”.

Prime Minister Pedro Sanchez, was the first EU leader to issue an ultimatum, saying that “if within eight days there are no fair, free and transparent elections called in Venezuela, Spain will recognise Juan Guaido as Venezuelan president”.

Spain is closely linked to Venezuela, a former colony, as some 200,000 of its nationals live there.

Spain was “not looking to impose or remove governments in Venezuela, we want democracy and free elections in Venezuela”, Sanchez said.

French President Emmanuel Macron said in a tweet that “the Venezuelan people must be able to freely decide on their future”.

– Britain –
British Foreign Secretary Jeremy Hunt said that “after banning opposition candidates, ballot box stuffing and counting irregularities in a deeply flawed election, it is clear (president) Nicolas Maduro is not the legitimate leader of Venezuela”.

“@jguaido is the right person to take Venezuela forward,” he said in a tweet.

“If there are not fresh & fair elections announced within eight days, UK will recognise him as interim president to take forward the political process towards democracy.

“Time for a new start for the suffering ppl (people) of Venezuela.”

The Netherlands is closely following developments in Venezuela as several of the Dutch kingdom’s Caribbean territories such as Aruba, Curacao and Bonaire are just off the coast of the troubled South American country.

“The Venezuelan people must have the right to determine themselves what their future will look like,” Foreign Minister Stef Blok said, calling for “free, transparent and democratic elections”.

Portugal joined its fellow EU members’ call, saying that one week was “an appropriate timeframe” for Maduro to announce fresh elections.

“In our opinion it is impossible to end the political deadlock and the very serious social crisis in Venezuela without free, transparent and credible elections,” said Foreign Minister Augusto Santos Silva.

Italy’s Foreign Minister Enzo Moavero Milanesi called for “a rapid return to democratic legitimacy, guaranteed by new free and transparent elections” in Venezuela, although his statement contained no mention of a timeframe.

“With heartfelt thoughts for the Venezuelan people and the many with Italian origins, we express our closeness to the families of the victims in the face of the dramatic events taking place,” he said.

Austria and Greece have been reluctant to join other EU members’ initiatives to put pressure on Maduro.

Greece’s ruling party Syriza has publicly backed him, with party secretary Panos Skourletis voicing “full support and solidarity” to what to he called “the legal president”.