Piers Stefan O’Meara popularly known as Piers Morgan is a British journalist and television personality currently working as a presenter on a breakfast TV show and also the editorial director of First News which is a British newspaper for children. He recently went on air to vent about the problem of gender in the world…”
Editor
Entertainment 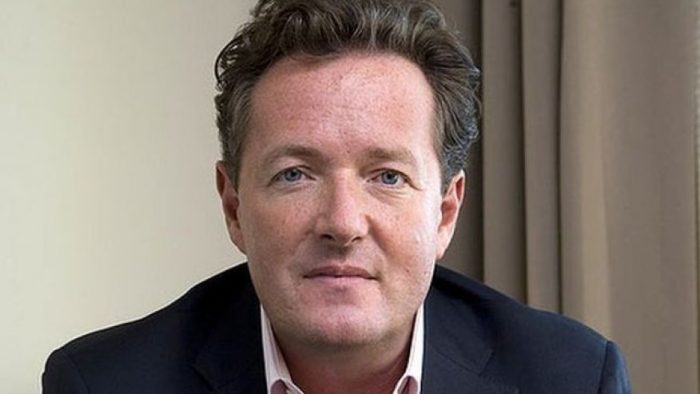 Piers Stefan O’Meara popularly known as Piers Morgan is a British journalist and television personality currently working as a presenter on a breakfast TV show and also the editorial director of First News which is a British newspaper for children.

He recently went on air to vent about the problem of gender in the world speaking about the importance of various genders. Read his comment below;

There, I’ve said it. At the risk of offending the world’s increasing army of hypersensitive PC-crazed snowflakes, I am proudly and unapologetically identifying as a male.

I realise that for some people, this admission alone is currently tantamount to having me fired, arrested and possibly publicly executed. Think I’m being ridiculous? Think again.

Last night, popular US Teen Vogue writer Emily Lindin tweeted this to her 22,000 followers: ‘Here’s an unpopular opinion. I’m not actually at all concerned about innocent men losing their jobs over false sexual assault/harassment allegations.’

So yes, for some people like Ms Lindin, just being a man right now is enough to warrant a career and life being wrongly destroyed. She is the very worst kind of radical feminist, the kind that hates men so much it blinds her even to basic fairness and justice. Yet Ms Lindin’s tweet wasn’t even the most outrageous gender-related thing I read today.

No, that accolade goes to a speech by Natasha Devon, former British government mental health tsar, to the UK Girls’ School Association annual conference. In it, she advised that teachers should no longer refer to female students as ‘girls’ or ‘ladies’, or to male students as ‘boys’. Ms Devon explained: ‘I would never walk into a room in an all girls’ school and say girls or ladies because it would be patronising.’

She added: ‘I don’t think it’s useful to be constantly reminded of your gender all the time and all the stereotypes that go with it.’

Warming to her theme, Ms Devon stated that ‘boys’ holds connotations of being macho and not talking about feelings, whereas ‘girls’ prompts a sense that everything must be done perfectly, which can stress them out. Today, she doubled down on her comments after they sparked a furious reaction.

‘There are several unfortunate, negative and largely unconscious connotations attached to gender,’ she tweeted. ‘In that context, the words ‘boy’ and ‘girl’ can come with a whole heap of invisible expectation which can stifle and cause anxiety in young people.’

I’ve never heard such utter garbage in my entire life, and given I judged talent shows for six years that is a very high bar of garbage. Speaking as a father of four children – three boys and a girl – I’ll tell you what I think might just cause young kids more anxiety than being called ‘boys’ and ‘girls’ – and that is telling them they CAN’T be called ‘boys’ and ‘girls’.

These children will have spent years happily being boys and girls, and for the vast majority of them that’s exactly how they wish to remain. To banish these descriptive terms now is to the first step to banishing gender altogether, thus disrupting and destroying one of society’s strongest and until now, least contentious norms: i.e. that we’re all either male or female.

I suspect the real reason for Natasha Devon’s speech can be found buried away as almost an afterthought. She said she was also advising the abandonment of the terms ‘boys’ and ‘girls’ to protect the feelings of transgender children. ‘You can’t presume that because somebody presents as a gender,’ she insisted, ‘then that’s what they are.’

Erm, yes you can actually. A girl ‘presenting’ as a girl is a girl and a boy ‘presenting’ as a boy is a boy. This belief doesn’t make me transphobic, as some seem to think. I fully understand and respect that some people genuinely feel they were born to the wrong biological sex.

I recently spent three hours interviewing Caitlyn Jenner for my Life Stories show and came away massively impressed by her extraordinary courage and determination in transitioning from all-American male Olympic gold medal hero Bruce Jenner to a woman.

This is not something anyone does lightly and those who do it should be treated with full rights, respect and equality. But what I don’t support is the creeping eradication of conventional gender altogether, as if somehow it is a bad thing.

They basically want anyone, including very young children at school, to be free to identify how the hell they like, and their campaign has been undeniably successful. That’s why Facebook currently provides over 70 different gender ‘options’, from ‘two-spirit person’ to ‘neutrois’ and ‘transmasculine’. One is simply: ‘neither’. Now, I don’t care if adults want to identify themselves as giraffes or parrots if it makes them happy. That is their right, so long as they abide by the laws of the land.

But I do care when massive pressure is applied on the rest of us to stop using words like ‘boys’ and ‘girls’ because it may offend the gender fluid brigade.

I also care that kids as young as five are being encouraged to embark on a journey to change their gender and/or sex before they even really know what either of things even mean.

Anyone who’s had children knows they go through all kinds of confusing emotional turmoil before, during and after puberty.

Why add to that confusion by making them think that ‘boys’ and ‘girls’ are offensive terms. There are so many obvious unresolved problems with this surging transgender activism.

Some schools have begun eliminating gender distinction in their sports programmes, so any boy who feels he’s a girl can play on the girls’ team. This obviously puts most female athletes at an immediate physical disadvantage. Other schools now allow boys who identify as girls (apologies to anyone offended by those words…obviously) to use the female bathrooms. How can that do anything but create huge unease and discomfort?

Companies are being bullied and harangued into converting to non-gender-specific merchandise lest they get branded ‘trans bigots’ on social media. We see it in our high street stores and on our TV commercials. The problem gets even more acute when we consider sexual offenders in prison.

Already, we are getting cases of male rapists identifying as female so they can switch to female prisons. It doesn’t take a genius to work out why they may want to do that. So self gender identity is a very complex and potentially very dangerous thing.

We’re told this this is the new civil rights movement, that gender is the newskin colour. But is it? What does the word ‘gender’ even mean?

Well, check any dictionary and it will provide a simple answer something like this: ‘The state of being male or female.’ Therefore we are all either boys or girls, men or women.

If, on reaching adulthood, someone like Caitlyn Jenner reaches an informed, mature and unchanging belief that they were born to the wrong sex, then I will be the first to offer respect and encouragement for them to transition and fight for them to have equal rights.

But until then, for God’s sake enough of this madness. Let our boys be boys, and our girls be girls.

Davido Celebrates His Fathers Birthday With a Bentley(Photo)