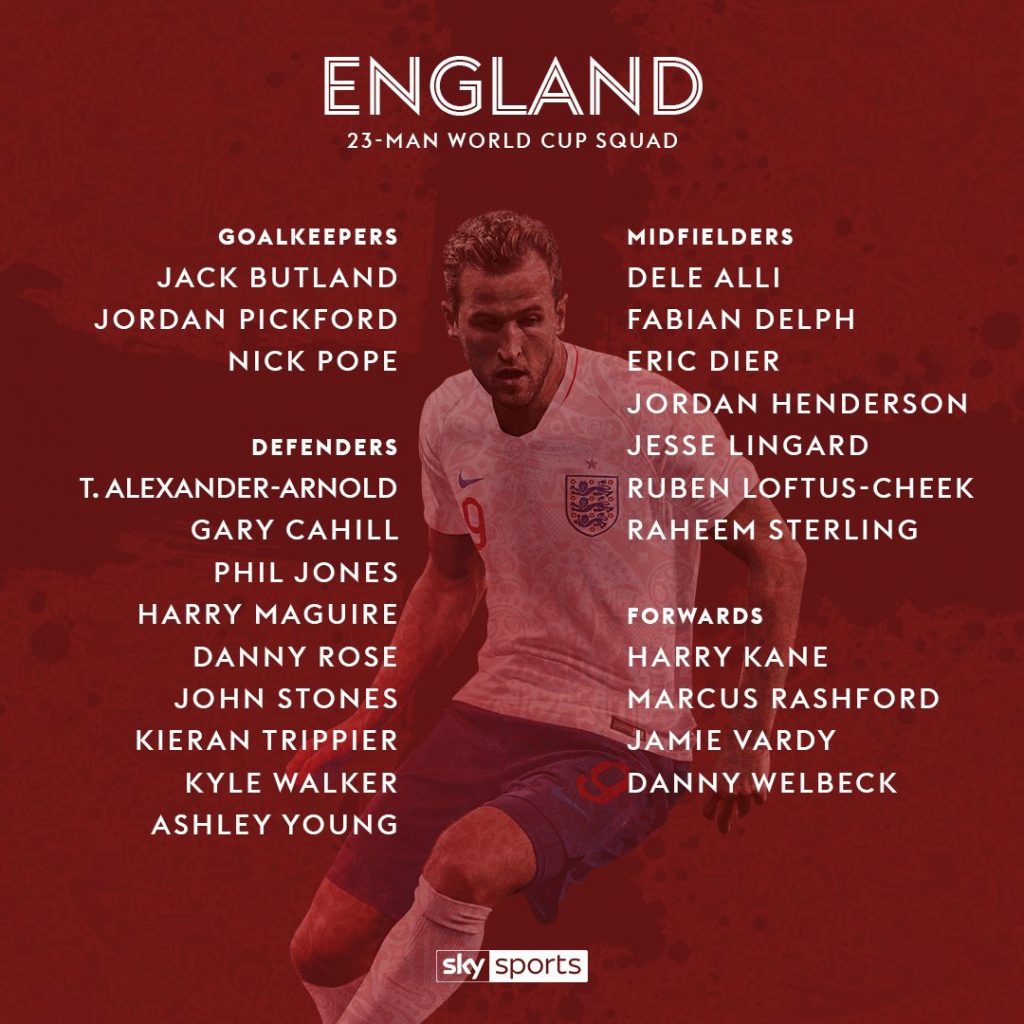 Former England centre-back Southgate made the announcement via the official England Twitter handle on Wednesday.

However, there is no room for Manchester United defender Chris Smalling, Arsenal midfielder Jack Wilshere and Manchester City goalkeeper Joe Hart in the squad.

England will face the Super Eagles of Nigeria in a friendly in London on June 2 before playing Tunisia, Belgium and Panama in the group phase in Russia.

Ronaldo To Make Serie A Debut Against Against Chievo