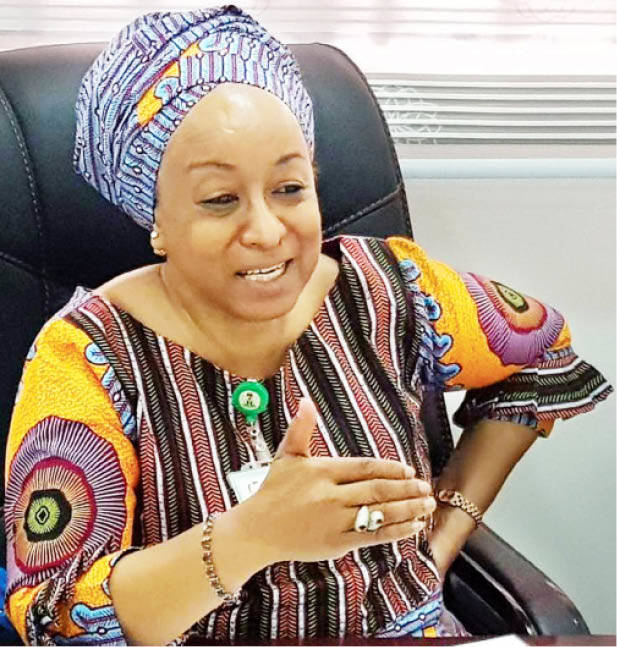 Hajiya Maryam Uwais is the Special Adviser to the President on Social Investments, Office of the Vice President. In this interview, she provided an update on the national social investment programs, among other activities of her office. Excerpts:

You have been coordinating the social investment programs of the Buhari administration in the last two years now. What exactly are you doing?

There are over 26 different programs that we discovered. We did a lot of research and found that some of them were quite effective but there were challenges. The beneficiaries were not really the poorest. A lot of them were selected in a manner that was not transparent. There was no defined method of ensuring that they were actually the poorest of the poor.

The other intervention had people from federal working at state level and that created a lot of tension. The federal officer would assert himself that the money was coming from the federal and that negatively impacted on monitoring and accountability. The state now refused to cooperate because whenever they demanded for information relating to what was happening from the federal, the federal would assert itself and say “I am in charge”. Thus, a conscious decision was taken to actually encourage the state to take ownership of these programs. We had to design a strategy for getting to the poorest of the poor.

Our trained officials now go to those households that have been identified and ask them questions like “how many people are in this household?  How many children? How many go to school?” You put it all down in a device that has a proximity testing formula that ranks everybody that you put on that device, from the poor down to the least poor. It is only those below a dollar a day that we actually pay.

Now because it is a process, some states have been faster than others. Some states tell us “we already know who our poor people are” and they send us away. We tell them that we have to do it ourselves. We really need to get to the poorest people. There are many statistics, almost 80 million or thereabout are poor in this country. So you can give me poor people, but that doesn’t mean that they are the poorest. The National Social Register is where we pick people that are under a dollar a day in various communities. Reality is that a lot of these communities are very far from where you can get an ATM, or any bank. Some of them are so poor, that having a phone is a luxury.

What we did now is to work with the mobile money operators who have agents in the field. We pay them and they sign an indemnity with us. They go to those communities and pay them. We have communities as facilitators because we have people we work with that are elected by the communities. The person that receives the money signs off. Anybody that did not turn up, by the next payment, you would refund us the money. We would look and reconcile all the documentation. We were using the banks before but our banks are not interested in handling poor people. They want high network individuals that would pay thousands and millions of dollars. For our poor people, we have to handle them.

We are training the caregivers in basic financial skills and we see very interesting stories coming up. They are doing things like charcoal business, shea butter, weaving, and the rest. We pay them N10,000 every two months.

But your office is popularly known with N-Power instead of other activities?

This is because N-Power has youths, they have social media, they are graduates that can speak English and can engage within the media. My passion is also with cash transfer because they are poor people and are as important. And journalists don’t go to interview them. I advise that you go to these people and amplify their stories. I tell you they have beautiful stories to tell.

Talking about school feeding, it was designed to boast pupil enrollment into schools. You know we have about 11 million out-of- school children. It was designed also to boast their nutrition. Then go empower our women in the rural communities; as well as boast production for our small holder farmers.

On this, we signed an MOU with the states. We had a stakeholder meeting with the states where they called the Ministry of Agriculture, Women Affairs, Finance, Education, Health to talk about what we intend to do where they designed a menu affordable in each state. We rely on the state to have an open process of selection. We hope they invite the school-based management committee, to invite the PTAs, sit down and do something that the community would feel is helpful. After they select the women, we go and train them on hygiene, allergy and sanitation.  We need the chairpersons if SUBEBs in the states because they know where the schools are located, the number of children to be fed, and so on. We are targeting Primary 1-3 because unfortunately the federal government doesn’t have enough money to cover Primary 4-6. They give us the numbers. We then asked the states to assign to each woman, not more than 150 children and not less than 70 children, because we want quality.  We did that because we want to track who is feeding who and where. So, when the cooks were selected, we also opened account for them because we want to pay them with their BVN. We identified cooperatives in the states where these women will be getting some ingredients such as eggs in bulk and in subsidized price.

There have been challenges. We have had situations where the state officials want to have a piece of the action. They have tried to divert monies and have spoken to the banks that they would do the supply. We have actually gone to SSS and EFCC to try to trace where those monies went because these women are not literate.

N-Power was designed as a Federal Government program to address unemployment of our youth, graduates and non-graduates, to support our artisans and also address the gap in our communities.

We found out that in some states we can have up to 300-400 children with no permanent teacher only if there is a youth corper there but there may be a head teacher. We needed to address that gap so we decided to employ teaching assistants. They can’t be teachers because they haven’t gone through the normal process.

We sat down with the Ministry of Agriculture who sat down with the private sectors in agric to draw up what their needs are. Our youths are not being groomed to be employed by government. It is about them setting up their own business. So if for two years, you are on a program, you will know where your interest lies. Is it in planting, harvesting, or packaging or export? You have been working there for two years so you know where the challenges are.

In the health sector, we sat down with the National Primary Healthcare Development Agency (NPHCDA), and asked them to train them on the modules.

We also have motivational talks on taking charge of your own life, entrepreneurial skills, how to start up your own business, all of it is in that device. Each one of them gets that device.

We then decided to give everybody an open level playing field. When you apply on the portal, you would put in your BVN, your date of birth, your first, second and third name, and your phone Number.

At the end of the exercise, we had applications from over 774 Local governments. Many states didn’t actually believe even though I had briefed the governors on this matter. Very few of them designated business centers for youths to apply for the exercise. We had to use the information we had to do the selection. We decided to take 40 percent of each state application. Those states that were less than 1,000, we added a certain percentage.

On the issue of Abadan (in Borno State), it was first brought to my notice by Senator Kyari, who is in charge of that constituency. I was alarmed when I saw the names. When you open the portal and click on the local government, the first drop down was Abadan Local Government. My presumption then was that a lot of the people just put it in without realizing that they made a mistake. We later removed all of those people after a meeting. We then asked for the people of Abadan and found that only six people who actually lived in Abadan had applied. We now filled up the numbers with those that lived around Abadan so that they would be able to go and teach in the schools there.

When they applied, we then conducted tests for those that were in huge numbers. Those that were selected were about 200,000. We sent them texts informing them that they had been selected. We wanted to ensure that their qualifications were authentic and that they could be deployed to the nearest place that they lived. The state now sent back the deployment lists to us.

You recall that there were protests. Some of those protests were in states that were cosmopolitan. We discovered that states had replaced names, put their own indigenes and had dropped those that had actually received texts from us. For those of you who we sent texts to, we would set up a new verification exercise. I told the state leadership that if they wanted to do an employment intervention for their states, they should use their own money. This is a Federal Government programme. Thus we can’t say that because somebody doesn’t come from your state, he can’t work in your state. This is how we were able to address and start paying backlogs of people who had not been paid because they had been changed by their states. These are just the practical issues behind the N-Power.

The N-Agro is the most commercially viable. We hope to increase the number of the N-Agro this year. We also have the N-Zed, we’ve entered agreement with the automotive council and we’re selecting 20,000 graduates. We did an audit around the country and that was a long process. We would be paying those N10,000 for training in three months and they would now be interns in government or private owned institutions.

We’ve done the audit of all of that and we’ve done the deployment already. We are targeting a primary and secondary school in each senatorial district around the country but we don’t have the funds yet. We have agreed with the CISCO Academy to train them further. We would be putting in computers for the children to be taught programming, coding, animation, graphics and anything to do with ICT. We encourage them to begin to look at those topics while they’re young. For any government school that has more than 20 computers, we would send these trained ICT personnel to them.

You have activities involved so much logistics. How much is your budget?

The first year, we got N500 billion and we were only paid N80 billion. For the 2017 budget, we were given N400 billion and so far we got N55billion. This is why we strive very hard to cut our costs.

Finally, how long would it take you to achieve what you have designed?

If a state is not ready to give us people that would work with us, we can’t work. If they are not giving us information, we can’t do anything. We have targets and these targets are subject to so many other things. We need the money, unless we have money to accommodate those issues, we can’t accomplish anything.

Culled From The Daily Trust Newspapers