Toba Ajisafe, is a reporter working directly with the Online Unit of the OSUN DEFENDER Newspaper in Osogbo, State of Osun. He was attacked along with another reporter of The Point Newspaper, Timothy Agbor by officials of Directorate of State Security (DSS) on Monday, 11th September, 2017 while covering the Nigeria Union of Local Government…”
Editor
hero News Osun 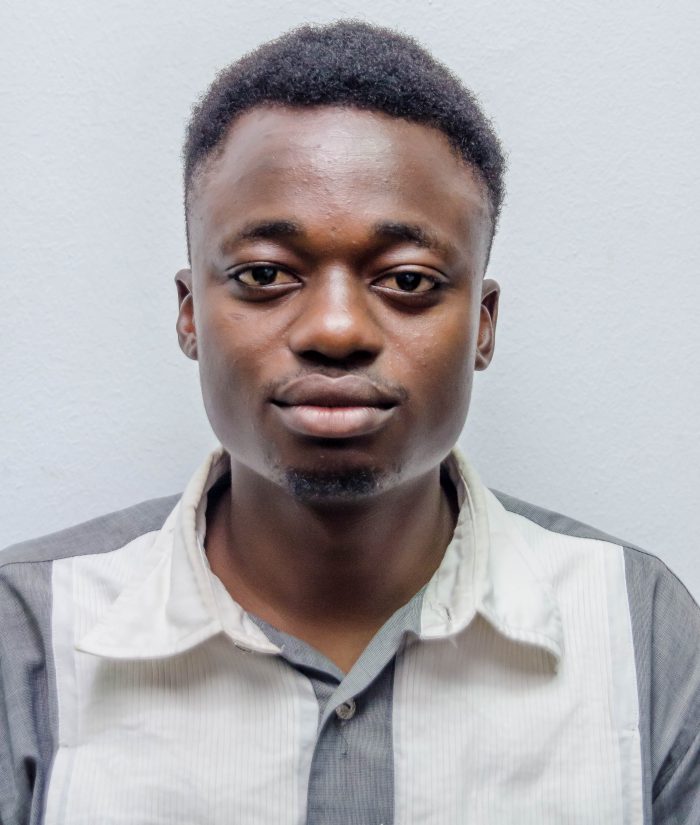 Toba Ajisafe, is a reporter working directly with the Online Unit of the OSUN DEFENDER Newspaper in Osogbo, State of Osun. He was attacked along with another reporter of The Point Newspaper, Timothy Agbor by officials of Directorate of State Security (DSS) on Monday, 11th September, 2017 while covering the Nigeria Union of Local Government Employees (NULGE) procession on the call for Local Government Autonomy within the premises of the Osun House of Assembly. Toba recount his ordeal and that of his colleague.

I received a call by 7:14am on Monday morning from a colleague of mine who is a correspondent of Nigerian Tribune, Oluwole Ige, informing me of Nigeria Union Of Local Government Employees (NULGE) procession  that will commence by 10:00AM over ‘’Local Government Autonomy”.  I gave him my word that I will be there to report the procession.

By 9:00AM, I got to the Nigeria Union of Journalist, Correspondent Chapel, Fagbewesa street, Osogbo to recharge my phone for a while before I join the procession. I was told that Timothy Agbor will be available too and this made me to put a phone call through to him.

On the line I said, “Hello, I learnt that you will be at the NULGE procession, he responded; Yes! And we both agreed to meet for the assignment.

Timothy and I joined the procession as they march through Ogo-Oluwa, but the unfortunate scene happened by 12:06PM when we got to Ataoja High School before the Federal High Court when a lady walk up to us and questioned us. Her approach revealed that she wanted to threaten us.

She asked with a bold and authoritative voice; Who are you? We responded that she should identify herself before we  can. We had to ask because we noticed that her mouth was smelling booze.

She asked again and we told her that we are journalist. We requested for her identity which I think got her angry. She pressed further that “Where is our Identity Card” we said we have to know you if we will show you our Identity card. Her response was, “It seems you are not both serious and I will teach you a lesson of your life today”. She summoned an armed colleague of her. The Operative walked down at us, then the lady instructed him that, ”this two guys are obstinate, we need to teach them lesson”

We smiled, thinking it was a costly joke but the manner at which the man grabbed my jacket I was wearing and as she held Timothy by the belt suggested that they were at war with us. Immediately I took my phone out to make voice recording unknowing to the two officers. After then, we were dragged to two different areas by the roadside in front of the Ataoja High School. Suddenly, I heard the sound of a slap on Timothy’s cheek and as he wanted to retaliate the armed man left me alone to join his female accomplice in beating Timothy. I moved closer to the spot where they were beating my colleague, I saw Timothy’s phone on the floor which I picked and put in my inner jacket pocket. Then, I was tapping the male officer for us to settle this amicably because we didn’t have anything to fight back, all we could settle was peace. They kept on beating Timothy and I was shouting and beckoning on people to save my colleague from the unreasonable aggressive officers, the other armed man used his gun to push me back. As I wanted to walk back to him, he cocked the gun intending to shoot me. As I saw the intention I ran away to call a suspected police officer who has been monitoring the procession to ensure law and order is maintained. I ran to him in haste for his intervention as I took my refuge in other security agents there. What surprises me was that the police I called for intervention couldn’t solved the issue rather he was walking away from where Timothy was been battered. This made me to questioned him that, “Sir, can’t you do anything about it? And he responded” I have been slapped by the lady who you said slapped your colleague and his other officer is threatening to shoot if I made more effort. So to keep and sustained peace, I have to walk away and prayed that they shouldn’t kill your partner”

This message prompted me to fear the two operatives more and then I picked my mobile phone to do a video recording of how the whole thing was happening in case it got out of hands, so that we could have something to lay reference on.

I did the video recording as the lady was also threatening to make sure I lose the phone. That time I have made up my mind that death is the next option for both of us at that scene. By that time the male officer has held Timothy Agbor by jacket and he was making phone calls as his gun was hanged around his neck. With the help of the people particularly NULGE members, Timothy was rescued from the hand of the officer as I save the recording.

Timothy was release and we were both walking side by side with each other as we thought the whole issue has been resolved. My phone was in my hands as I was trying to send some pictures of the procession to my media house but with subtlety the male Operative came to me and snatched the phone from me. I did not make any attempt to get my phone since he once threatened to shoot. We were still following the procession when I returned Timothy’s phone to him to call the Union Chairman or Secretary for them to know what has transpired. That time we were approaching Osun State House of Assembly’s gate when another man suggested to be a peace maker called the NUJ chairman, Mr. Abiodun Olalere on phone so that we could identify ourselves which we did.

So, when they sighted another phone I removed from my pocket, I think they thought the video recording is on the phone, unknowingly to myself and Timothy, the two officers including the one that appeared to be a peacemaker started beating and kicking me to the point I fell inside a gutter, I was so furious that this is an attempt to kill us. I manage to stood my ground but the armed man held the gun to shoot again and I took to my heels out of the Assembly. As I got outside I saw the camera man of Channels Television which I think they might attack with the camera in his hands. Before I got back to where I left Timothy I noticed that members of NULGE wanted to mob the two officers which made them to take refuge at a security post house by locking themselves inside the post. As at that time, they have smashed my phone screen, while the phone of Timothy was broken into two. Then, they called for reinforcement and they were in the process of arresting us when our Union leaders, that is NUJ got to the scene. With the intervention of the secretary of NUJ, Correspondent chapel, Mr. Niyi and Chairman, Mr. Hammed Oyegbade, they couldn’t whisk us away but we were told to report to their station.

After much ado, the Chairman took us to the office of the DSS.

Three of us were kept in a room and we were trying to explain what happened when the lady that slapped my colleague from the outside of the office closed the window that was opened before we came. That was when we knew that she has been influenced by a spirit we couldn’t identify.

Twenty minute later we were taken to another office of one short plumpy man who I think is the Deputy Director of the Service.

He greeted us and ordered for three more officers as he asked us to explain our ordeal which we did. Their response was that we assaulted their officer by slapping her, which Timothy kicked against saying “What do we have to assault an armed officer? “They started threatening to arrest us if we put on arrogance posture in their presence.  This made us to calm as they try to force their friendship on us.

They took us to their health center, which I see as an aberration to take care of us after which they pleaded to the Chairman of NUJ, Correspondent Chapel to kill the story for further crisis and my phone was released to me.