How Empowered Youths Can Dictate The Security Of A Nation

The economic challenges of the nation have in no small measure affected commitments to managing and checking threats in internal security. The Governor, State of Osun, Ogbeni Rauf Aregbesola made this known during the courtesy visit of the staff and students of Armed Forces Command and Staff College, on one week study tour themed; National…”
Editor
News 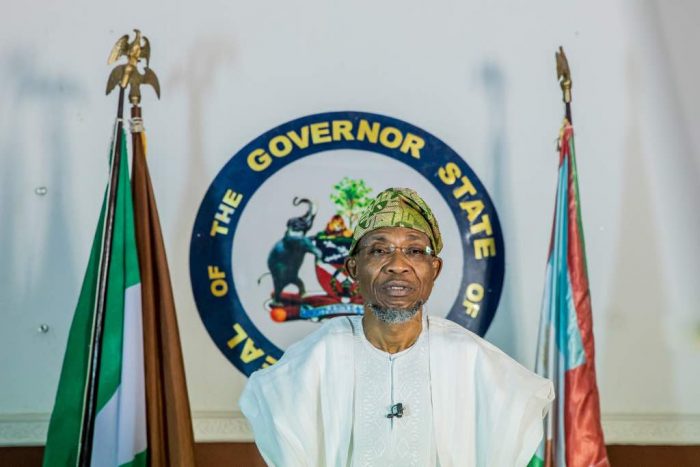 The economic challenges of the nation have in no small measure affected commitments to managing and checking threats in internal security.

The Governor, State of Osun, Ogbeni Rauf Aregbesola made this known during the courtesy visit of the staff and students of Armed Forces Command and Staff College, on one week study tour themed; National Security and Youth Empowerment, at the Government House in the state capital.

Governor Aregbesola stated that, it is critical that internal security must never be undermined, and that the challenge faced in higher proportion of security is same with countries in African sub sahara.

Governor Aregbesola stated that with his administration’s policy, higher percentage of Osun Youths were empowered and engaged, and with that, the youth find it difficult to harass anyone, but focus their energy on being successful, through the social protection programs implemented by the state government.

He also stated that Osun Youth Empowerment Scheme has not only curbed youth restiveness, but has also contributed to economic growth, thereby placing the State as one of the safest state in the country, and one with reduced poverty index economically, as well as high rate of human development.

Speaking at the event, the Team Coordinator, Wing Commander Abiodun Ogunmola stated that the Senior Course Forty’s one week study tour to the State was in fulfillment of criteria of training of the students during their course of study at the college.

He stated that the State of Osun is one of the twelve states selected for the study on National Security and Youth Empowerment, and he affirmed that the senior course forty students will understudy the empowerment policies and its link in the state to National security, as well as write reports and make recommendations where needed.

Ogunmola appreciated the State Government for approving the study tour group and all agencies of the government and the ministry of Empowerment and Youth Engagement for the success of the programme.

Narrating his military experience and linking it with his involvement in Osun Youth Empowerment Scheme, OYES Commandante, Colonel Eni-ibukun Oyewole rtd affirmed that Governor Aregbesola’s investment in Osun Youth and other social protection programmes are attestation that Osun Government believes in empowerment and engagement of youth as an active measure for national security via safe society for its citizens.

Earlier in her welcome address, the Commissioner for Empowerment and Youth Engagement, Mrs. Adetoun Adegboyega stated that when youths are not empowered or engaged, older generations are threatened and the survival of the state and country are also threatened.

She emphasized that Governor Aregbesola’s administration have been able to ensure security by empowering and engaging youths in the state with meaningful programmes to take them off the street.

63 In Jail For Alleged Homicide In Kaduna