At a time several states are nearly at a tipping point financially, the prospect of an imminent cash rain ought to stoke some excitement. So it was on Monday when President Muhammadu Buhari directed the Central Bank of Nigeria (CBN) governor, Godwin Emefiele, Minister of Economic Planning and Budget, Udoma Udo Udoma and Finance Minister,…”
Editor
featured hero 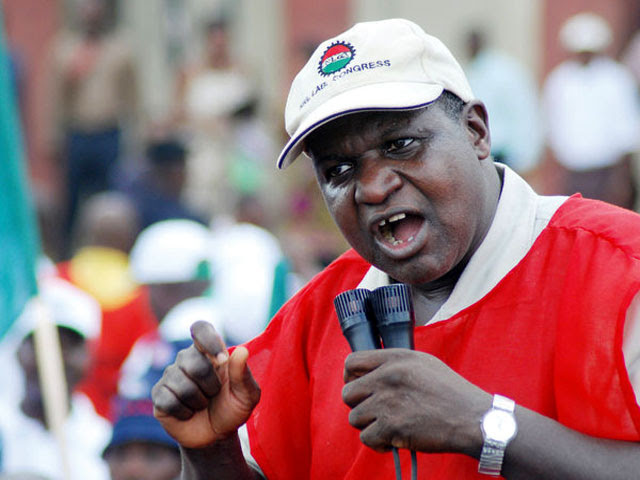 At a time several states are nearly at a tipping point financially, the prospect of an imminent cash rain ought to stoke some excitement. So it was on Monday when President Muhammadu Buhari directed the Central Bank of Nigeria (CBN) governor, Godwin Emefiele, Minister of Economic Planning and Budget, Udoma Udo Udoma and Finance Minister, Kemi Adeosun to negotiate with the governors, with a view to settling their outstanding Paris Club refunds. For long-suffering workers across the states of the federation and the governors most of who have been (sometimes) needlessly maligned over a crisis that was not their making, it comes as a soothing balm to their pains.

Yet again, it is a season of great expectations – and potentially one of restiveness, particularly of workers and pensioners. Indeed, there are, already, countless proposals on what the funds should be used for. A somewhat preponderant position would appear to suggest that the refunds should be deployed to clear the arrears of wages and pensions in the states – as if that is all there is to the business of governance.

Just like the last previous interventions, we must again warn at the temptation to substitute a palliative or placebo for therapy. Clearly, if there are any lessons to be taken from the earlier interventions, it is the fact that the problems facing the states as a whole are far deeper, in fact, more complex, than any superficial interventions – no matter how many multiple times – can solve.

Fact is – the states aren’t getting anything that they should not ordinarily be entitled to were to be a truly functional federation. Whether it is the so-called bailout or refund of the overpayment on the Paris Club loans, the states should ordinarily be able to enjoy such fiscal leeway as befitting their status as federating entities – drawing upon the federal support only in situations of grave emergencies. To the extent that the latest crisis is itself a derivative of dysfunctions of our federalism, it seems only inevitable that the federal government will be called up when necessary to solve the structural mess – until such a time the basis of the problem is dealt with.

This of course takes us to the perennial restiveness of the workers.

Clearly, while the workers in particular may have been badly hit by the current crisis, the idea that the entire cash be handed out to them to clear the arrears of wages seems, quite frankly, ludicrous. Agreed, the workers deserve their due; but so does the rest of the citizens – farmers, artisans, market men and women and non-wage workers – deserve to be served from the same pot not just because their welfare also depend on that, but because the ability of the state to renew itself as a way to guarantee its future prosperity is assured only when portion of that cash is invested in physical infrastructure. That is the way to go.

What the times therefore call for is proper understanding. Neither the time to raise unnecessary expectations nor should it be an occasion for blackmail or needless stoking of tensions. With good faith on the side of the workers and the state governments, it should be possible to forge necessary compromises to ensure that the states move forward. To the extent that the current challenges tug at the heart of the lopsided federal practice which deny the states of their just dues as one would expect in a true federation, it has become inevitable to re-balance the Nigerian federation by devolving both economic and political powers to the states, to ensure that they are less beholden to the centre, and to make them truly productive as against sharing entities.