EDITORIAL: Obasanjo And The 2019 Election

There is nothing innocuous about the meandering long winded epistle offered this week presumably as an advice to the Nigerian people by the former head of state, Chief Olusegun Obasanjo. In its tone and intent, it is a warning. Obasanjo and his conferees are not so stealthily working towards an agenda which is to create…”
Editor
News Op-Ed 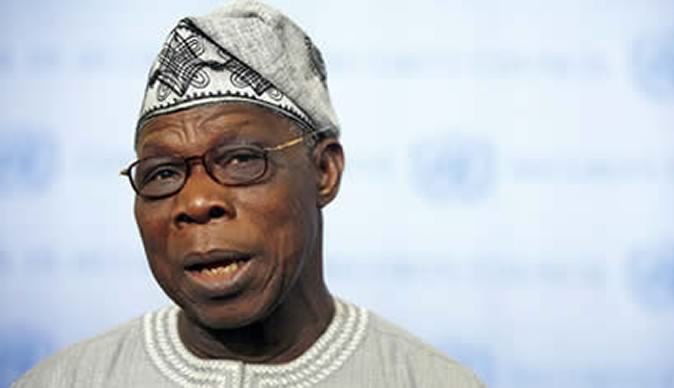 There is nothing innocuous about the meandering long winded epistle offered this week presumably as an advice to the Nigerian people by the former head of state, Chief Olusegun Obasanjo. In its tone and intent, it is a warning. Obasanjo and his conferees are not so stealthily working towards an agenda which is to create a climate of opinion targeted at the international community to force upon the Nigerian people an interim national government. In view of the events unfolding in Venezuela the Nigerian people have been put on notice.

Such a maneuver is not new as a tactic deployed at a time of self – preservation by the most conservative faction of the Nigerian elite. Infamously, the device was used to truncate the expressed position of the electorate on the June 12, 1993 presidential election. Obasanjo then and as of now was and is neck deep in this conspiracy, all democrats in Nigeria and elsewhere must therefore ensure that it does not happen. For on the 16th of next month the Nigerian people will exercise their franchise in the full glare of the world and Obasanjo like it or not must live with the result. This must be unambiguously stated and reiterated, for what is going on is a brazen attempt to truncate the desires of the people because their desire is perceived as being against the collective interests of a powerful group. In other words, the collective interests of voters must be subordinated to the interests of a privileged class.

The Nigerian people in view of this anti – democratic tactic have been put on notice; this is no longer a mere run – of – the -mill once in every four years presidential election, on the contrary, it is an existential battle for the soul of the nation. The path that General Obasanjo and his collaborators want to thread and foster on the people of Nigeria was comprehensively rejected in 2015 and the conventional wisdom is that come February 16, it will be emphatically repudiated again. The Obasanjo notion that government should be for the benefit of a privileged group is no longer tenable or acceptable to a clear majority who are insisting and correctly so, for a long delayed dividend of democracy. This newspaper is in full agreement with the new national majority, henceforth; government must coordinate and implement policies for the benefits of the majority and not in the interests of a few.

This brazen attempt to truncate the delayed benefits of democracy in favour of the majority can be seen in Obasanjo’s derision of the government’s social intervention programs in particular Trader Money. Obasanjo who has not spoken out against the subsidies to his fat-cat rich friends through AMCON is absurdly irked about the enablement of traders through an infusion of gradually increasing loans; frankly, this is about as heartless as it can get. Obasanjo must learn that the times have changed. For example, today the scam of his self – enriching “operation feed the nation” has been beneficially replaced by an Anchor borrower scheme which is revitalizing the rural economy and is a verifiable way of lifting the peasantry from subsistence into commercial farming

In concluding, we urge all registered voters to disregard Obasanjo ‘s self centered opportunism and troop out in massive numbers to exercise their franchise in the elections, they must make sure that their votes are counted and fundamentally resist the surreptious  attempts to subvert their will aforementioned attempt by the same opportunists who truncated the free and fair elections of June 12, 1993 to once again stall an historic opportunity for a pro – people advance.