The Economic Community of West African States (ECOWAS) has opened its Regional Centre for Surveillance and Disease Control (RCSDC) office in Abuja. The technical opening of the centre on Wednesday was attended by members of the West African Health Organisation, two ministers from ECOWAS and development partners. The centre will work with ECOWAS to promote…”
Yusuf
Health 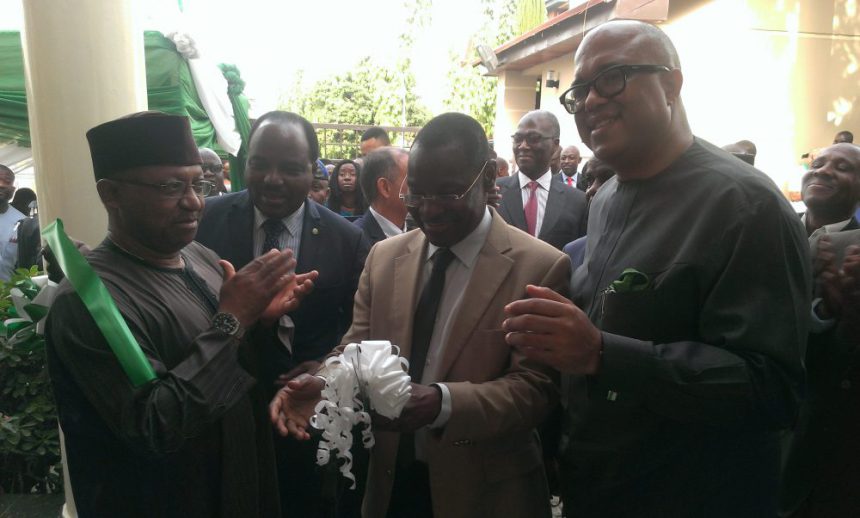 The Economic Community of West African States (ECOWAS) has opened its Regional Centre for Surveillance and Disease Control (RCSDC) office in Abuja.

The technical opening of the centre on Wednesday was attended by members of the West African Health Organisation, two ministers from ECOWAS and development partners.

The centre will work with ECOWAS to promote health security in the region and will begin operation with 11 staff recruited from across the region.

In his welcome speech at the event, the Deputy Director-General of West Africa Health Organisation, Laurent Assogba, thanked the Nigerian government for accepting to set up and host the centre.

Mr. Assogba said the centre became necessary to help the region combat diseases from spreading across its countries.

He said regional leaders saw the need to collaborate in disease control especially after the Ebola outbreak in 2014 and 2015, which quickly spread across the region.

“The 47th session of the authority of Head of State and Government of ECOWAS held in 2015 in Ghana approved the establishment of RCSDC with headquarters in Nigeria. The agency is setup to strengthen member states’ health systems and enhance the region’s capacity for epidemics prevention, diagnosis and control.”

Mr. Assogba added that the staff were recruited by ECOWAS after commissioners of the group gave their approval.

Togo’s Minister of Health, who is also the current Chairman of the ECOWAS Assembly of Health Ministers, Moustafa Mijiyawa, said the establishment of the centre demonstrated the willingness of the authorities to fight epidemics that have been ravaging the region.

Mr. Mijiyawa said the region needs to collaborate in the fight against epidemics and public diseases because these have the ability to cross borders, especially due to the porous borders in West Africa.

“Going by our recent experiences in the fight against epidemics especially in the Ebola crisis, it has become sine qua non to take up the mission of disease coordination, surveillance, response, diagnosis and prevention and control across the region,” he said.

“RCSDC is set up because we know prevention is better than cure. We know that outbreaks of diseases can have adverse effect on the economic, social and pathological environment.”

The Nigerian Minister of State for Health, Osagie Ehanire, said Nigeria was honoured to be entrusted by sister countries to host the centre.

He said Nigeria gladly accepted the task due to the role it played during the fight against Ebola in Guinea and Liberia.

Mr. Ehanire said setting up the centre in Nigeria will assist not just Nigeria, but other West African countries to have more coordination and responses to disease control.

“There have been increase outbreaks of disease in the country and the West African region, it has become necessary to take action to study the epidemiology of such diseases and know effective ways of responding because diseases are easily transmitted across borders,” the minister said.

What Nigerians With Disabilities Want By Jide Ojo