The co-convener of the Bring Back Our Girls (BBOG) group, Aisha Yesufu, has been at the center of the storm in the past few days after releasing a video via her Twitter handle urging President Muhammadu Buhari to resign on health grounds. The woman, who came to prominence (at least to many Nigerians) via the…”
Editor
Op-Ed 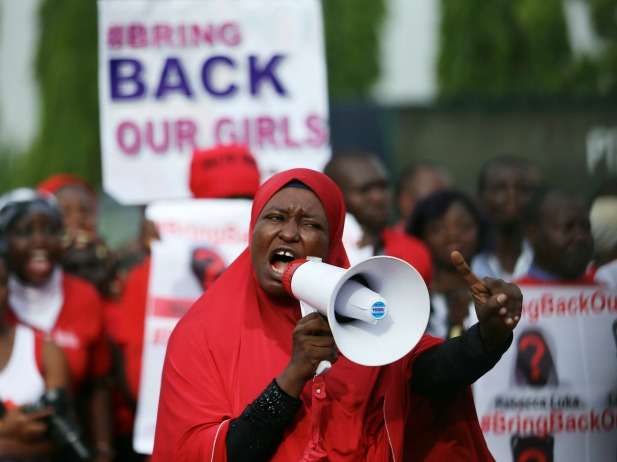 The co-convener of the Bring Back Our Girls (BBOG) group, Aisha Yesufu, has been at the center of the storm in the past few days after releasing a video via her Twitter handle urging President Muhammadu Buhari to resign on health grounds. The woman, who came to prominence (at least to many Nigerians) via the BBOG campaign, received the bashing of her life from ardent supporters of President Buhari for what they described as lack compassion and concern for the president as others questioned her sincerity to the campaign.

As a matter of fact, the Personal Assistant to President Muhammadu Buhari on Social Media, Lauretta Onochie wrote an article bashing Aisha and accusing her of childish tantrums and incoherent ranting against the President. Aisha was also accused of turning the campaign on its head and taking it personal and malicious over the nearly two years since the inception of this government.

This is one of many verbal and written assaults received by a woman who simply urged the President to resign to take care of himself rather than handing power to his vice every now and then for medical reasons. I heartily sympathize with Aisha because there is every possibility that she has taken this action for altruistic purposes rather than the selfish reasons she has been accused of.

Just for the record, the one and only time I ever saw Aisha Yesufu was during a town hall meeting just before the 2015 elections at Ladi Kwalli Hall in the Sheraton Hotel in Abuja, where the then running mate of President Buhari now the Vice President (and subsequently acting president) was in attendance to dole out electoral promises. While some of the organizers came out and spoke vehemently in favor of change and declared themselves ardent supporters of the All Progressives Congress (APC), Aisha didn’t mince words in telling us that she is pro-Nigeria. She honestly but enthusiastically said that Nigerians will be ready to boot out any government that under-performs.

After scolding virtually everyone in the hall for not showing enough solidarity to the BBOG campaign, she asked further questions regarding her business and how it could flourish better if the government was elected. I started following her on Twitter after the event and apparently saw all the strong advocacy and campaign regarding the safe return of the abducted Chibok girls. I must confess a lot was sacrificed, physically, mentally, financially and emotionally for the campaign by notable members like Dr Oby Ezekwesile, Bukky Shonibare, along with Aisha Yesufu and others. The group advocacy gained both national and international attention with several publicity and interviews both on local and international media. Most notable of such interviews was on Al-Jazeera when Dr Ezekwesile was a guest on the famous “head-to-head” program hosted by Mehdi Hassan.

Ironically, the then ruling Peoples Democratic Party felt the BBOG campaign was a stick used by opposition to attack the government. Thus it may be easy to decipher that many Nigerians always believe that if you speak against a particular government, then you are definitely for the other. The funny part is that, this isn’t the first time, individuals and groups have called for the resignation of the president on health ground but since Aisha is expected to be a “Buharist”, her case caused a steer. As a matter of fact, many people expected that the BBOG campaign will die a natural death with the emergence of Buhari as President but alas the campaign got even stronger with continuous peaceful sittings, demonstrations and protests.

In this vein, Aisha and the group continue to suffer in the hands of political shenanigans just for using their freedom of expression and, to quote my oga Gimba Kakanda, “she says the things she does because she has the right to, it’s her constitutionally given freedom as a citizen for which she owes no one an apology. In a sane society, her suggestion would’ve initiated a deep reflection, but where everything wears the cassock and caftan of sentiments, this strikes as a cultural treason. I’m not unaware of the party scheming to demonize the sick President by promoting a covert campaign for his resignation, but the Mrs. Yusufu I know isn’t an agent of any partisan interest. She’s a free spirit, an annoyingly unapologetic advocate.”

Lest I remind you all that it was this BBOG campaign that led to the past government to even set-up a fact finding committee before it was even admitted that some girls were abducted. The unequivocal demand for the girls’ rescue was what led to the rescue of about 100 of the girls via a prisoner swap deal.

Let’s calm ourselves and reply constructive criticisms with constructive replies rather than throw jabs on critics. After all, Aisha’s call for the President’s resignation will end up being a
self-fulfillment value of freedom of expression as the president will apparently not resign because of that video nor the will the Lawmakers impeach the President for that purpose.

ISSUES/POLICY: The Imperative Of A Viable Civil Service