The Chairman of the All Progressives Congress APC in the State of Osun, Prince Gboyega Famodun has described as laughable, claims by the opposition, Peoples Democratic Party PDP that decampees from the party would make it win the September 22 governorship election in the state. In a statement he personally signed, the party chair said…”
Yusuf
Osun Politics 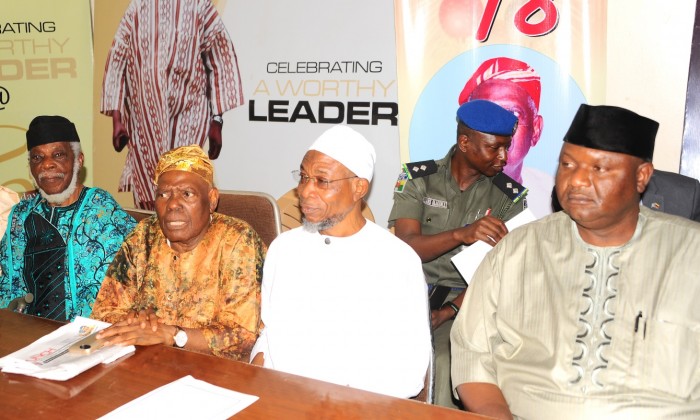 The Chairman of the All Progressives Congress APC in the State of Osun, Prince Gboyega Famodun has described as laughable, claims by the opposition, Peoples Democratic Party PDP that decampees from the party would make it win the September 22 governorship election in the state.

In a statement he personally signed, the party chair said that the opposition is out of touch and bereft of the fact that the decampees have ceased to be relevant members of the ruling party.

Famoodun said claims that the Osun APC is being run like a cult by the Governor and a few aides is untrue as a result of their selfish interests which made them fall out of favour with the Governor.

The  PDP has been making some laughable noises recently over the stale news of so called high profile decampees from the APC to the opposition party. The PDP is truly out of touch,  otherwise it would have known a year and half ago that its latest converts long ceased to be relevant elements within the APC.

Part of PDP ignorance has to do with its status as a factionalised and disoriented party that hardly knows the direction it is even moving, so it is easy to clutch at straws.

The fact of the situation are as follows: some over-ambitious people who once had relevance within the party structure, but lost it due to unacceptable level of selfishness fell out with the APC government. They had  envisaged a situation that will exclude the governor from having an imput into who should succeed him.

When they had it good with the governor,  they were not in a cult, but when ambition put them on the wrong end of the table, they now see a cult operation within government house.

For them, they should always be in a position to control and dictate how the government should run. When Gov. Rauf Aregbesola would  have nothing of that, they jumped ship and now find it convenient to name government operation as a cult

But there is a greater issue here: would such high profile politicians have any commitment to loyalty and preservation of legacy?

We in the APC are relieved that they are not part of our problem and since the PDP had decided to add that problem to its own big burden, it is a matter of their choice and none of our business.

What’s important to us are the tens of thousands of people in Osogbo who have eyes to see, faculty to appreciate, good conscience to evaluate and the character to be grateful to God for the good things Aregbesola and the APC have done to Osogbo in particular and the rest of the state generally. These people will never choose PDP as a substitute for APC in any future elections.

So for the leadership of the PDP to think that the latest decampees from the APC in Osogbo can alter this reality, just by describing Aregbesola-led government as a ‘cult’ is the most absurd, fantasizing that the party leadership could allow itself to degenerate into.

Secondly the PDP is no longer what it used to be in Osun. It has lost key elements of its political attractions and can no longer recover the height of its power base in those gory years when Goodluck Jonathan  added security fire power to the PDP terrorism in the state of Osun during the 2014 governorship election.

As you read this, the PDP is an orphan, scavenging for life and seeking props from people who have no oxygen politically to keep it alive.