Dear Buhari, What If I Am Lazy And Entitled? By Abimbola Adelakun

Since President Muhammadu Buhari made a statement at a Commonwealth event in London, about 60 per cent of Nigerian youths being lazy and entitled people, Nigerians have spilled gallons of ink trying to either prove he is right or wrong. On the one side of the aisle are Buhari’s megaphones who tried to turn the…”
Yusuf
Tits Bits 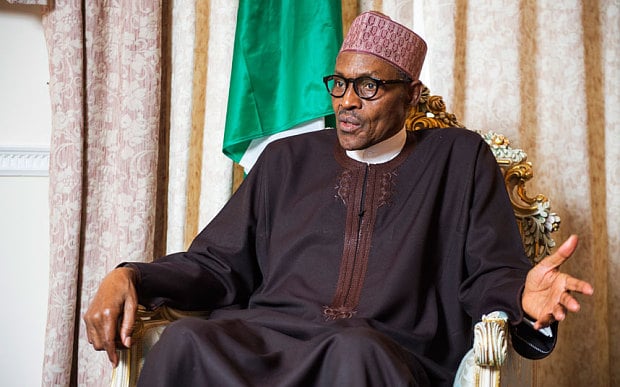 Since President Muhammadu Buhari made a statement at a Commonwealth event in London, about 60 per cent of Nigerian youths being lazy and entitled people, Nigerians have spilled gallons of ink trying to either prove he is right or wrong. On the one side of the aisle are Buhari’s megaphones who tried to turn the statement on its head. It was laughable reading Buhari’s media aide, Femi Adesina, spin the gaffe by distinguishing between “a lot of” and “all.”

If he were not merely trying to be disingenuous, he should have remembered his primary school mathematics lessons’ rules about rounding off figures. If Buhari thinks more (!) than 60 per cent of the Nigerian population below 30 are uneducated and only want to, “sit and do nothing, and get housing, health care, education free,” he is as good as addressing all of them. Adesina should also know that the outrage against Buhari’s statement was not just about that singular statement, it is a build-up of several others. They evince a disdainful attitude towards Nigerians. Buhari has serially described Nigeria as “crooked, corrupt, and unworthy”.

This statement about lazy Nigerian youths is one too many, and that is why it struck a nerve. Notice also, how Buhari says “a lot of them haven’t been to school…” as if the responsibility for these youths’ education lies solely in their hands. There seems to be no reflection on his part about the ill-education that Nigeria presently offers, and why even those in school come out barely educated.

There are other Buharists like a former Congress for Progressive Change chieftain, Tony Momoh, and Director of Muslim Rights Concern, Ishaq Akintola, who have at least echoed Buhari’s statement with their conviction that indeed, Nigerian youths suffer from pathological laziness. Momoh and Akintola are Buhari apologists who, unlike Adesina who is twisting himself into a rope to defend Buhari, argue that indeed Nigerians are lazy and Buhari needs not apologise. Akintola even went to the point of quoting Chief Obafemi Awolowo making a similar observation about Nigerians in a 1974 speech.

What Akintola could have added is a little more reflection: Are the same youths that Awolowo condemned 44 years ago not the ones that grew up to be the Akintolas (and perhaps, the Momohs) of today, and who are now calling the younger generation lazy too? If Akintola was described as “lazy” in his younger days, should that not also give him pause before accusing the present generation of being “lazy” too? Instead of lazily accusing younger generations as they were accused in their own youth, why not interrogate the psychology of Nigerian youths and the factors that predispose them to inter-generational laziness? Why were Nigerian youths lazy in 1974, and the children they bred still just as lazy and as entitled in 2018? Any answers?

Of course, Buhari has also been vehemently criticised from different quarters. Some of his critics are the youths he accused, and some of them must be wondering if they deserve such gratuitous insult from the man they worked so hard to support to be President a mere three years ago. There are countless others too, particularly opposition politicians who are also countering Buhari’s putdown of Nigerian youths by showcasing examples of Nigerian youths as hardworking, resilient, and innovative. While I appreciate the robust response to the President, the other part that is worth considering is the meaning of laziness in itself.

What does it mean to be a Nigerian and be lazy? Given the harsh sociological conditions most people are born into in the Nigerian space, has it ever occurred to all those who are self-righteously describing Nigerians as lazy – as well as those contending Buhari’s assertion – that refusing to work and developing a sense of entitlement is as valid a political response to the Nigerian condition, as much as striving valiantly? In other words, while those who work hard to overcome the odds have a point, those who refuse to work, but chose to sit down and do nothing also have a legitimate point!

Some years ago, when I first got to graduate school in the USA, I met a young man who was homeless. Occasionally, he would ask me for money for food. Eventually, we got talking. One day, I felt comfortable enough with him to ask him why he had not taken up a job. He was white, young, and an American, why would he be poor and homeless? He shrugged at my question and told me that his parents and grandparents were the most hardworking set of people he ever knew, but they still died in acute poverty.

He told me watching them toil for promises that would never materialise made him make up his mind not to work because there was no point running many miles in order to remain in the same spot! He said he would not get a job because work was unlikely to change his material conditions. As long as he ate and had a place to sleep in extreme weather, he was fine. He could concentrate his energies on activities other than balancing a cheque book.

That conversation taught me to look differently at “laziness” in an economy that tasks one’s body so much. The idea that people who get things free from the government are lazy and entitled is one of the most contested political and sociological theses ever. Politicians say so when they want to obscure issues and blame victims of their policies for not displaying enough self-reliance and willpower to overcome the circumstances those same politicians have created.

If it were true that people are lazy and entitled, this also would be true: Those that would rather “sit and do nothing, and get housing, healthcare, education free,” are not merely lazy, they are in fact strategically lazy. They have come to believe that no matter how much work they do, their lived conditions are not likely to change that much, so why should they invest their energy in “work”? Their defeatist and fatalist attitude is thus understandable, whether one agrees with their lines of reasoning or not.

If you look at the same issue within our local context, Nigerians pay a lot for merely being Nigerians. Our government has outsourced their duties to the citizens and the ones the people cannot do for themselves are abandoned. Ours is a country where people generate their own electricity, water, security, and even public services.

What do government officials really do for us that makes them deserve the fat emoluments they allocate to themselves? Yet, they call youths lazy and entitled? The kind of arrangement that subsists as governance in Nigeria is so taxing that by the time one gets to the age where one should be a working and productive citizen, one is already exhausted by just being a Nigerian. At that point, one just wants to sit back and start collecting one’s pension like Buhari himself has been doing all his life.

I am a young Nigerian, and yes, I am lazy and entitled. And so bleeping what?

Buhari insults Nigerians for being lazy but what has Buhari himself contributed to the polity in terms of hard work, ideas, vision and ideology since he was kicked out of government in August 1985? What nation-building ideas has anyone ever heard Buhari himself propose other than taking sanctimonious shots at the lowest hanging fruits, aka corruption?

The main thing Buhari has gifted us, it bears noting, is his sense of entitlement at the Presidency. He has lived fat at Nigeria’s expense since 1985 and he is unapologetic about it! Why then blame Nigerian youths for wanting something for nothing when that is the way those who ruled Nigeria have made their obnoxious fortunes too? We were socialised to see government as an elephant carcass that anyone with a knife can carve out their own portion, and not as a collective trust or responsibility.

Therefore, if Buhari looks at young Nigerians and decides that all there is to them is “lazy and entitled,” then, he is looking through a mirror and seeing a reflection of the society he helped create.