Nigeria’s Sports minister Solomon Dalung has stated that the forthcoming September 20 elections into the board of Nigeria Football Federation (NFF) in Katsina is not recognised before the law of Nigeria. The sports minister claims that only technical football matters cannot be taken to a civil court, but when a matter infringes on a person’s…”
Yusuf
Sports 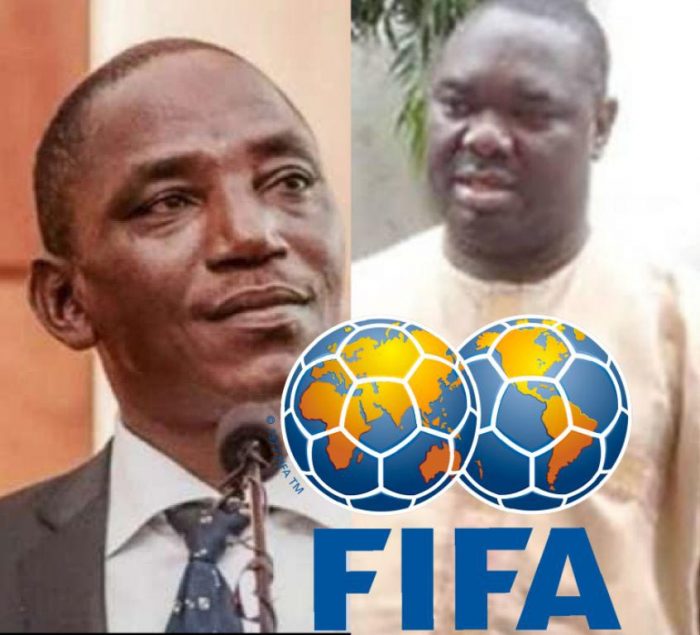 Nigeria’s Sports minister Solomon Dalung has stated that the forthcoming September 20 elections into the board of Nigeria Football Federation (NFF) in Katsina is not recognised before the law of Nigeria.

The sports minister claims that only technical football matters cannot be taken to a civil court, but when a matter infringes on a person’s right such a person is entitled to take it to court.

Dalung also adds in a media statement issued by his Special Adviser on Media, that the current board never existed, so if they go ahead to conduct the elections, it’s still like they have done nothing.

“We must come back and deal with the issue of the court,” Dalung began in the media statement made available to Completesportsnigeria.com.

“The best way to resolve this issue is, first to engage themselves honestly and ensure that the matter is taken out of the court.”

“The argument where people are saying football issues cannot be taken to court except court of arbitration, those people speaking this have not even read the FIFA statutes.”

“FIFA statutes only limited technical issues to the court, issues like fixing of matches, players, organisation of a match because these can truncate the progress of football.”

“But things that has to do with personal right of an individual are within the domain of national laws. For example we have the United Nations Declaration Consumer Right which accorded every individual to seek redress, you cannot take that right away by any international statutes.

“Section 41 of Nigeria constitution provides that any citizens who feels is aggrieved, suspect that his right has been trampled upon, can approach the high court to seek redress.

“These are rights that no statutes can take away.

“So, when you say FIFA statutes prohibit the issue of taking football matter to conventional court except CAS, you are exhibiting what we called mental hemorrhage that is the highest level of ignorance exhibiting by someone whose parents spent so much money on in sending him to school.

“You have to go and look at the content of those statutes. The statutes still limit and protect the right of individual to seek redress under municipal law.

“You see in Nigeria we have been made cowards because people will just sit down within the confine of their room write letter and intimidate the Giant of Africa, telling us that FIFA is coming.

“Making our children not to be able to defend this country later in future because we are injecting the fear of a monster.

“Elsewhere which we have not said, there is no treaty between Nigeria and FIFA, anybody who claims that we have a treaty should produce a copy, but there is an affiliation, an agreement, between FIFA and NFF and not everybody is a member of Nigeria Football Federation.

Champions League Draw To Be Entirely Redone After Error —UEFA