By Kehinde Ayantunji The Peoples Democratic Party (PDP) faction loyal to the former deputy Governor of the State of Osun, Otunba Iyiola Omisore might have been completely edged out of the party leadership with the recent decision of the National Working Committee of the party to recognise, Hon. Olusoji Adagunodo as the State Party Chairman….”
Editor
News Osun Politics 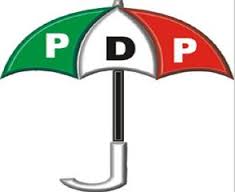 The Peoples Democratic Party (PDP) faction loyal to the former deputy Governor of the State of Osun, Otunba Iyiola Omisore might have been completely edged out of the party leadership with the recent decision of the National Working Committee of the party to recognise, Hon. Olusoji Adagunodo as the State Party Chairman.

Despite the mild drama that ensued at the PDP’s NWC meeting in Abuja on Tuesday where the state factional Chairman, Dr  Bayo Faforiji and Senator Iyiola Omisore were allegedly sent out of the meeting and recognised Adagunodo  as the state Chairman, the duo are still laying claim to the seat.

Dr Faforiji, a former Commissioner for Works leading the party’s faction loyal to Ahmed Makarfi said he remains the authentic chairman of the party, saying that he was  recognised as the state chairman by the Markarfi-led National Caretaker Committee of the party.

However, a source at the NWC meeting on Tuesday  hinted  OSUNDEFENDER that Omisore and Faforiji were ordered out of the Wadata Plaza, the Secretariat of the party after their attendance at the meeting was questioned by the party leadership.

Findings at the PDP secretariat indicated that the two stalwarts of the party had attended the extended national caucus meeting of the party on Monday with the Markarfi-led caretaker committee  where issues concerning the coming party convention were discussed.

According to information, the duo had lobbied the Ekiti State Governor, Mr Ayodele Fayose to make their group the recognised leadership of the PDP in Osun.

At the accreditation stage, both Omisore and Faforiji were admitted as part of the South West arm of the party, but were questioned immediately after the meeting started on their status to attend the NEC of the party.

It was gathered that a Chieftain of the party from Lagos objected the presence of Omisore and Faforiji and after deliberations, both of them were sent out of the room and Hon Soji Adagunodo was recognised as the state chairman and member of NWC.

When contacted on Wednesday, Hon Adagunodo said he is not ready to join issue with anybody over the party leadership tussle, saying, the controversy has been laid to rest for a very long time.

He said the recent recognition by the NEC of the party is a mere reinforcement of the authentic leadership in the state.

He said through a text message to OSUN DEFENDER that, “I don’t want to join issue with him. But if he is the Chairman they won’t send him out of PDP NEC meeting”   .

But it appeared that Faforiji faction is leveraging on its earlier support for Makarfi-led Caretaker Committee contrary to Adagunodo who was believed to be loyal to the Alimodu Sherif.

Faforiji, when was also  contacted by this medium also responded to a text message that “Makarfi is the National Chairman, I am the state Chairman. However the Sherif group in the state is protesting my recognition by the National Caretaker Committee”.

However, the development might also hamper the reconciliation move by the Adagunodo faction which had already constituted a committee to reconcile the two factions of the party after the Osun West Senatorial bye-election won by PDP in the state.

Despite the readiness of Faforiji faction for reconciliation at the beginning, the euphoria of the Supreme Court judgment which declared Makarfi as the authentic chairman of the party changed the game, as the faction hope to take full control of the party structure in the state.

However, confusion has set in within the party in the state, as members of the party have been thrown into confusion on who is the authentic chairman of the party.

WHO Donates 1.5m Doses Of Cholera Vaccine To Bauchi

Quote Of The Day