The Nigeria Football Federation has expressed sincere appreciation to the President and Commander-In-Chief of the Armed Forces, His Excellency President Muhammadu Buhari (GCFR) for the unequivocal resolution of the NFF leadership issue, which enabled Nigeria to avert suspension from international football on Monday. “The position of His Excellency, and that of the Federal Government,…”
Yusuf
Sports 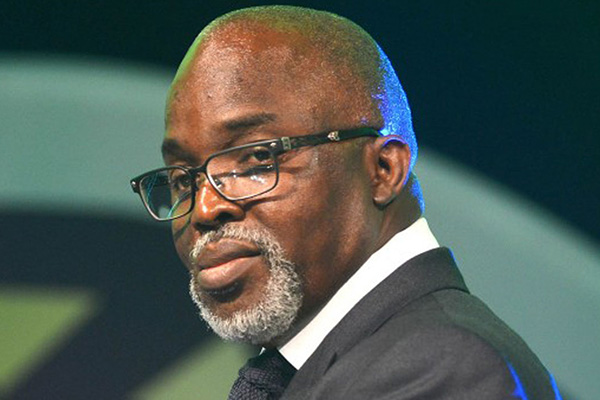 The Nigeria Football Federation has expressed sincere appreciation to the President and Commander-In-Chief of the Armed Forces, His Excellency President Muhammadu Buhari (GCFR) for the unequivocal resolution of the NFF leadership issue, which enabled Nigeria to avert suspension from international football on Monday.

“The position of His Excellency, and that of the Federal Government, which was conveyed to FIFA by His Excellency, Vice President Yemi Osinbajo (GCON) has convinced FIFA that Nigeria is indeed ready as ever to follow FIFA’s Statutes. I want to also use this opportunity to thank the Vice President, who as Acting President, played a very key role in the resolution of the matter.

“Our appreciation also goes to the Members of the Federal Executive Council, Members of the National Assembly, Heads of the various Security Agencies, Members of the NFF Congress, all our sponsors/partners, football stakeholders, analysts and ball fans who stood solidly by the tenets of association football,” NFF President Amaju Pinnick, who spoke on behalf of the NFF Executive Committee, told thenff.com.

Pinnick, also the 1st Vice President of CAF and Member of the Organizing Committee for FIFA Competitions, disclosed that the immediate focus of the Federation is on the 2019 Africa Cup of Nations qualifiers, starting with an away game against Seychelles on 7th September, and with home-and-away matches against Libya in October and another away fixture against South Africa in November.

“We will approach the matches one game at a time. Our objective is not only to qualify for the finals, but for the Super Eagles to also make a meaningful impact at the finals in Camerooon in the summer of next year,” stated Pinnick, who is also President of the AFCON Organizing Committee.

While commending Enyimba FC of Aba and its chairman, NFF Executive Committee Member Felix Anyansi-Agwu for their brilliant outing in Bamako at the weekend that has paved the way for qualification for the quarter finals of the CAF Confederation Cup, Pinnick charged the team not to relent but instead go all out to defeat Club Athletique Renaissance Aiglons of Congo in Aba next week to assure of progress.

The former Chairman of the Delta State Sports Commission used the opportunity to reiterate the long –term vision of the Federation, hinged on youth football development and financial autonomy.

“Our vision, as we have espoused from Day One, is to build a sustainable football culture for our dear nation. To do that, youth development is key. That is what we are trying to do with the U15 squad which recently reached the final of the African Youth Games in Algeria, and which will form the bulk of the next U17 National Team.

“In the area of corporate support, we want to thank all our sponsors and partners for their love and patience during the crisis. AITEO Group, Coca Cola, Zenith Bank, Nigerian Breweries PLC, TGI Group, Emzor Pharmaceuticals, NIKE, WAPIC Insurance, Cadbury Nigeria PLC and 1XBET have done remarkably well. They have ensured that from about the 20% that our administration met, the NFF is now about 60% self –financing. Our objective is to work very hard to attain 100% self –financing for the Federation within the next two years, in order that football can free some money for critical areas like education, health and infrastructural renewal, upgrading and development.”

Pinnick added that the resolutions of the NFF Congress at the Extra-Ordinary General Assembly of 2nd August in Benin City still stand. “The door remains open for those aggrieved members of the Football Family who are ready to abide by extant Football rules and regulations, as they can still pick up forms for the elections coming up on 20th September in Katsina.

“We have learnt so much during this crisis. We are more determined to run an inclusive administration where everyone can have a sense of belonging, as we work tenaciously and diligently towards taking Nigerian Football to new heights of excellence.”

While revealing that the NFF Board has met with the Reconciliation Committee set up by the Sports Ministry and outlined the steps to be taken to conclusively resolve ongoing issues in Nigerian Football, Pinnick also added that the Board has presented to the Presidency a roadmap for general reform of the country’s football system. “We have presented to the Presidency immediate, short-term and long-term plans for resolving issues in our football, to ensure that the industry not only delivers on its mandate of promoting the game in Nigeria as a key economic factor, but also avoids governance troubles and wranglings in the future.

“On behalf of the NFF Executive Committee, I apologize to all those individuals, interests and groups that we might have offended, one way or the other through our actions and inactions, over the years. Nigerian Football, and not any individual or group, is the winner.”

Zamalek Kicked Out Of Champions League