Court Fixes Jan 11, 2018 For Hearing On Osun Govt’s Application For Vacation Of Order On LGs Funds

The Federal High Court, Abuja that ordered the Central Bank of Nigeria, Accountant General of the Federal government and Ministry of Finance to warehouse statutory allocations to the local government councils in Osun state has fixed January 11, for the application of the state government seeking for the vacation of the order. The new date,…”
Yusuf
Osun Politics 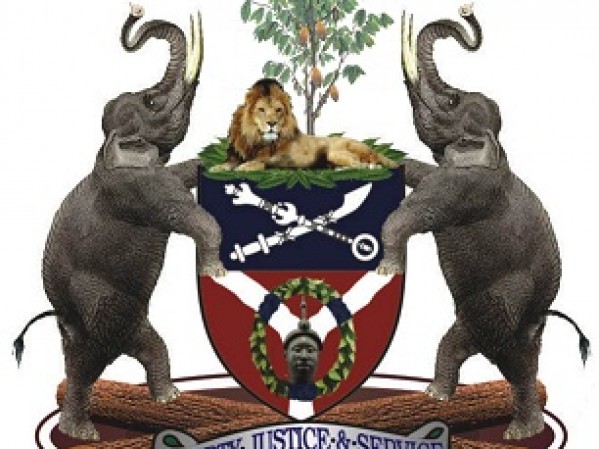 The Federal High Court, Abuja that ordered the Central Bank of Nigeria, Accountant General of the Federal government and Ministry of Finance to warehouse statutory allocations to the local government councils in Osun state has fixed January 11, for the application of the state government seeking for the vacation of the order.

The new date, according to the Attorney General and Commissioner for Justice in the state, Dr Basiru Ajibola, supersedes the earlier fixed date of January 23 by the court.

It was gathered that the court had last week granted a Motion Ex-perte filed by three chieftains of the Peoples Democratic Party (PDP), Chief Kolawole Osunkemitan, Chief Douglas Adeyinka Oyinlola and Prince Aderemi Adeniran Adelowo had approached the court with an application for the stoppage of monies for the local government in the state in
an attempt to stop the conduct of the local government in the state.

Contesting the court order, the state government filed an application before the court with a prayer for the vacation of the order.

Filed by Ajibola, the government stated in the application that the court order was liable to be set aside ‘ex debito justitae’ for fundamental irregularity, breach of applicant’s right to fair hearing and manifest lack of jurisdiction.

On this, the government argued that whereas the Rules of the court mandated a minimum of three days as return date for the order to show cause, the Applicant only had one day between the day of service of the order on the Abuja Liaison Office on Thursday 30th November, 2017 and 4th December, 2017 when the orders were granted.

This is in view of the fact that Friday, December 1 and Sunday, December 3 were public holidays in the eye of the law and cannot be computed in determining the three day return date.

In the application, the government contested that the court had earlier refused the reliefs sought by the plaintiffs (now defendants) on November 27 for interim injunction in a Motion Ex-Parte dated November 8, 2017, pointing out that the court lacked jurisdiction to grant same reliefs December 4, 2017 as it had now turned around to do.

The government argued that it amounted to sitting on appeal over its ruling and/or orders for the court to grant same reliefs of the Motion ex-parte it had earlier refused, adding the application had become ‘functus officio’.

It explained that court lack requisite jurisdiction to still proceed to make an order to show cause against the defendants (now applicants) in contrary to its earlier verdict refusing the reliefs.

According to the government, there is no urgency to warrant the grant of the interim orders, maintaining that it amounted to using the court as “a vehicle for perpetrating injustice’. The government also argued that the orders are liable for non-disclosure of material facts by the Plaintiffs in obtaining the ex-parte orders by the plaintiffs (now defendants). For instance, that the LCDAs had been operational since 2015.

Apart from the application to discharge the orders ex-parte, the government also file Notice of Preliminary Objection that the matter should be dismissed and/or struck out on the grounds of lack of jurisdiction, locus standi and absence of cause of action.

The government argued that the plaintiffs lacked locus standi to file the suit and that the subject matter of the suit does not fall within civil causes and matters for which the Federal High Court is conferred with exclusive jurisdiction to entertain by virtue of the provisions of 251 of the 1999 Constitution of the Federal Republic of Nigeria (As Amended).

In conclusion the government asked the court to dismiss or strike out the suit for being speculative, vexatious, frivolous and intended to irritate the state and constituting abuse of court process.

Also, the State House of Assembly and the Osun State Independent Electoral Commission (OSIEC) have filed applications to set aside the order of substituted service granted by the court and all the proceedings of the court.

The grounds of their application are that the court could not competently make an order for substituted service at an address within jurisdiction on a defendant residing outside the jurisdiction of the court.

In the circumstance of non-service of all the processes in the suit on the House of Assembly and the Commission (SOSIEC), government stressed that the court ought to set aside all the proceedings and orders granted in this suit.

No date has been fixed for the hearing of the applications which were filed on Friday December 8, 2017.

By law, the application to discharge the orders granted ex-parte must be heard within 14-day otherwise the orders cease to have effect.