Out of 390 oil blocks in the country, 211 are yet to be allocated by the Federal Government, latest data obtained from the Department of Petroleum Resources have shown. With many other countries extending efforts to ramp up their oil and gas production and reserves, industry experts have voiced concerns about the lack of oil…”
Yusuf
featured Op-Ed 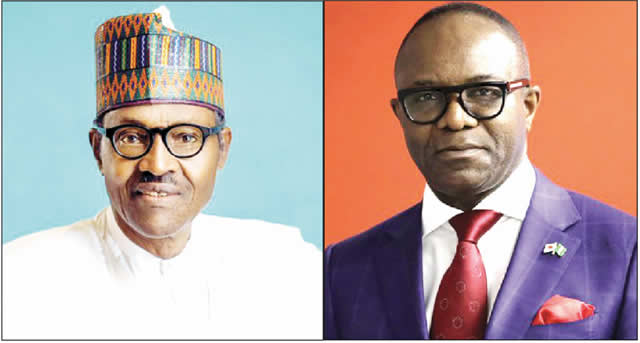 Out of 390 oil blocks in the country, 211 are yet to be allocated by the Federal Government, latest data obtained from the Department of Petroleum Resources have shown.

With many other countries extending efforts to ramp up their oil and gas production and reserves, industry experts have voiced concerns about the lack of oil licensing rounds in Nigerian since 2008.

According to the DPR, 179 blocks have been allocated as of December 2017, comprising 111 Oil Mining Leases and 68 Oil Prospecting Licences.

In Chad basin, 40 out of 46 blocks are open; in the oil-rich Niger Delta, 34 out of 187 blocks are still idle, while Sokoto’s 28 blocks remain unallocated.

A former President of the International Association for Energy Economics, Prof Wumi Iledare, in a telephone interview with our correspondent, noted that exploration was critical in order to increase the nation’s oil and gas reserves.

“You cannot explore if the right to prospect is not granted, and you cannot grant unless there is a bidding process. And you cannot bid if the environment is not conducive,” he said.

He added that more blocks were being awarded in other countries “even though we are more endowed than those places.”

Iledare, who is the director of Emerald Energy Institute, University of Port Harcourt, said, “In the Gulf of Mexico in the United States, they do bidding round twice a year. But the last time we did any licensing round in Nigeria was 2007.”

According to him, many of the oil blocks currently producing in Nigeria are those awarded in 1993.

A petroleum expert, Mr Bala Zakka, told our correspondent that those unallocated blocks should be awarded to serious-minded investors, “instead of allocating blocks to individuals who eventually will not have the financial muscle.”

He said, “At the end, they (the individuals) farm it out or try to look for partners, which they cannot get. For individuals to be given blocks, they must prove beyond a reasonable doubt that they have technical and financial competence.

“When you have a consortium of some financial institutions, technocrats and businessmen coming together and bidding for a block, they are likely going to sustain that block and do everything to keep it moving.”

Zakka added, “I would rather support us giving few blocks to investors who have the financial, professional and technical capabilities than giving so many blocks to people who will just keep them lying fallow.”

He said many OPLs had not been able to get to the point of being converted to OMLs because of the high level of capital required.

To apply for an OML, an OPL licence holder will have found oil in commercial quantities and satisfied all the conditions attached to the OPL.

He said, “If you end up not finding oil in commercial quantities after prospecting, all the losses will be incurred by you. That is why we keep advising that people should not just go into the oil and gas business without having some simple education.

“By the time they now understand what it takes, they are stuck in the middle of the road; they can’t return the blocks to the government to collect their money back and they did not find people to partner with, and so they will leave the blocks fallow. That is exactly what is happening.”

An energy analyst and Partner at Bloomfield Law Practice, Mr Ayodele Oni, also lamented that the country had not done a bid round in over 10 years, saying, “I think it is important even if it is to generate more revenue for the government.”

In January this year, the Chief Executive Officer of Total, Mr Patrick Pouyanne, called on Nigeria to issue new exploration licences, saying the country’s oil and gas sector has been dormant in recent years in terms of exploration and new projects due to uncertainties and the ongoing discussions over oil industry regulation.

“I hope the new government that will come after the elections will launch new tenders for awarding new exploration licences,” Pouyanne was quoted by Reuters as saying on the sidelines of a meeting of Nigerian and French businesses in Paris.

Last week, the Minister of State for Petroleum Resources, Dr Ibe Kachikwu, decried the state of the nation’s oil industry, which he described as under-developed.

Kachikwu lamented that crude oil production in the country had been hovering around 1.9 million barrels per day and two million bpd over the past few years.

He spoke at the Nigeria Oil and Gas Opportunity Fair in Yenagoa, Bayelsa State where stakeholders examined how to maximise investments in the oil and gas industry for the benefit of the Nigerian people.

“Why is it that we continue to be under-developed in the oil and gas sector? Our production continues to hover around 1.9 million bpd and two million bpd. Why have we not been able to lead investors and producer that are operating across Africa? Why are we not taking over from the multinationals, which have been here for over 50 years?” the minister asked.

Kachikwu noted that the country had not made the most of its oil and gas resources over the years.

He said, “We should be producing over four million bpd of crude oil. We should be producing enough gas for power generation. We should have rapidly developing infrastructure. Something is fundamentally wrong in what we are doing. There is a need for us to move. Oil is going to become a fast-degenerating asset. The shale phenomenon and alternative energy are taking over the world.”

Culled From the Punch Newspapers

Osun: Twists And Turns To Victory