AN OPEN LETTER TO MR GERNOT ROHR, COACH OF THE SUPER EAGLES OF NIGERIA Written by Col Charles Kilpatrick Iduma (rtd), a concerned Nigerian football observer   PRELUDE Mr. Gernot Rohr, I wish to join my teaming Nigerian fans of the Super Eagles of Nigeria to commend your untiring efforts to give Nigeria a good…”
Editor
Sports 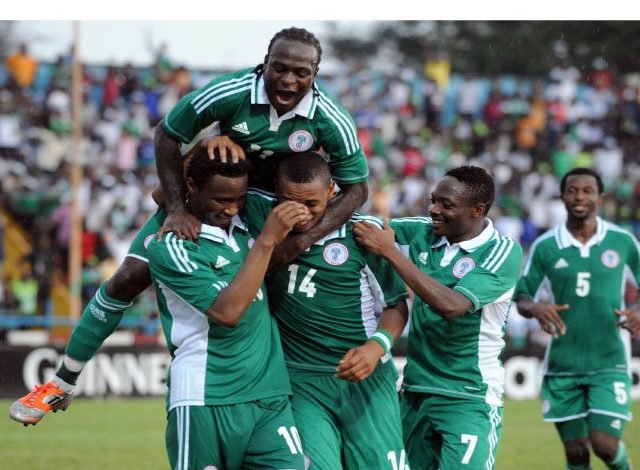 AN OPEN LETTER TO MR GERNOT ROHR, COACH OF THE SUPER EAGLES OF NIGERIA

Mr. Gernot Rohr, I wish to join my teaming Nigerian fans of the Super Eagles of Nigeria to commend your untiring efforts to give Nigeria a good outing in the forth-coming 2018 FIFA World Cup tournament in Russia. Like our late brother and a former Captain and, later, coach of the Nigerian senior side, Stephen Keshi, put it, “every Nigerian is a football coach”. The import of this statement is that Nigerian football fans are insane about football especially when the Super Eagles are on duty. They’re in the habit of criticizing mistakes that are committed by Nigerian footballer’s on the pitch and profering, in their own minds, “better” suggestions on what should have been the case. While I don’t, by any means, claim to be a football player, talk less of being a football coach, I am only a concerned enthusiast of the game of football and I make bold here to bring the following observations and suggestions to the knowledge of Mr. Gernot Rohr.

Got something to say? The let your voice be heard! Back Pass *Sport related topics only*

Generally speaking, the members of our Super Eagles squad are selfish on the football pitch. Each player tends to hold too long on to the ball finding a way to impress, more to playing to the gallery than making fruitful moves that will enable the team flow fluidly together. Their individual attempts to hold onto the ball for too long, especially close to the eighteen, tends to allow enough time for their opponents to draw back and pack up on their eighteen in such a way that penetration becomes very difficult, if not impossible, even when they know they don’t have any world class drribbler that can save the situation. Mr Gernot Rohr, please instruct these boys NOT TO BE HOLDING TOO LONG ON TO THE BALL. Instead, let them resort to one-touch (tip-tap) playing system. In this, a player receives the ball and he immediately and with one touch passes the ball to his team mate who should already be in a free position to receive the ball and they continue to move forward in that order ….. no dribbling at all as much as possible. This was their style of play in their 4 – 2 win against Argentina. Playing this way puts the opponents scampering all over the field as against holding too long onto the ball which allows the opponents time to gather together in mass defence, frustrating them.

The second issue here again has to do with set pieces. My experience in the Nigerian Army when it comes to training is that in any form of training, there are two kinds of training, viz: Group Training and Individual Training. I have my doubts here that Individual Training is ever practiced amongst the Super Eagles during their training sessions. Individual training has to do with an individual, strictly on his own, practicing his assigned role in a game. A particular individual should be assigned the role of taking set pieces rather than two or three of them getting behind the ball and start to decide who is better to take it from that position, Victor Moses or Kelechi Iheanacho. When one particular person is given the sole role of taking set pieces, that person should be allowed time during their training session to be practicing free kicks from various positions on his own until he attains perfection. This issue of free kicks brings to mind the likes of Zico (of the Brazil fame) and our home boy Jay Jay Okocha. We all know the days Jay Jay used to baloon his free kicks high up over the bar until he resorted to practicing individually until he perfected. The same went for Zico. Zico perfected his kicks, referred to then as “banana shots” by putting a number of tree stumps together to simulate human wall and then practicing his kicks over his improvised human wall. He continued to do this on his own (Individual Training) until he perfected it. The great Messi was not born with free kick foot from heaven. He practiced on his own before attaining perfection.

PLAYING AS A TEAM

Please, Mr Gernot Rohr, for God’s sake, let our players desist from playing to the gallery and rather using the one-touch approach to playing strictly as a team. If a player encounters an opponent to beat, let him simply pass the ball to his team mate and quickly run pass that opponent to receive it. Let them adopt this one-touch approach to going pass an opponent rather than trying to dribble him and lose possession in the process. In fact this system of play is enhanced if balls are sent from the backers over the mid-field in an artillery mode delivery to either the wings or the point man. When the ball is in flight, a couple of others behind the point man should run forward to assist him, if need be, rather than leaving him alone to do some magic. Ighalo is a fine player but HE SHOULD BE WARNED AGAINST HOLDING ONTO THE BALL TRYING TO DRIBBLE AND MAKE A SOLO EFFORT INTO THE NET. NO. In most cases he is easily dispossessed of the ball. At every stage, please let there be some team work among them. It’s team work that does it, and NOT individual skills.

Another area is when a striker is behind all defenders and comes one-on-one with the opposing keeper, ready to score. The common practice these days is for the striker to send the ball in between the keeper’s legs. This is a 50-50 chance as against the 100% success chance of chipping the ball over the keeper who, at that time, dives down (reducing his height) to catch the ball on the ground. This system is always result-oriented because the moment the striker is about to make for the net, the keeper drops lower to catch the ball, diving to the left or to the right as he guesses the ball’s direction of aporoach. As he drops low to do this, he unavoidably reduces his height creating a wide space over his head whereby a chip of the ball from the striker (using his toe AND NOT the side part of his foot) gets the ball comfortably into the net.

CROSSES FROM THE WINGS

When a winger is heading to the eighteen with the ball, all should not go and pack in front of the keeper, for their chances of getting their heads or feet on the ball are also 50-50 here. In a situation like this, at least one player should lurk behind and it is to this player that the winger makes a pull-out for him to drive into the net, unless a team mate is in a comfortable position, over the opponents, to get his foot on the ball. And, heading towards a crowded eighteen, no attempts should be made to dribble to score a goal. Team work ALWAYS does it through one-touch aporoach. Serbia’s second, or is it third, goal came as a result of team work in that eighteen

Arsenal Vice Captain Koscielny Out For Six Months Over Injury