The Federal Government has approved an adjustment to the excise duty rates for alcoholic beverages and tobacco products. The approval, according to the Minister of Finance, Mrs. Kemi Adeosun, was given by President Muhammadu Buhari, and would begin from Monday, June 4, 2018. Adeosun, in a statement issued on Sunday in Abuja, said the President…”
Editor
Economy 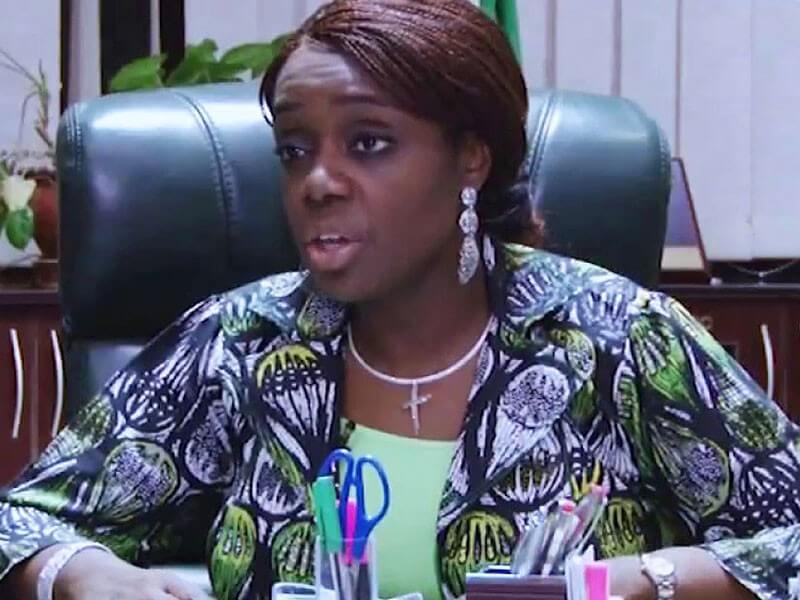 The Federal Government has approved an adjustment to the excise duty rates for alcoholic beverages and tobacco products.

The approval, according to the Minister of Finance, Mrs. Kemi Adeosun, was given by President Muhammadu Buhari, and would begin from Monday, June 4, 2018.

Adeosun, in a statement issued on Sunday in Abuja, said the President had also permitted a period of  90 days (three months) grace to all local manufacturers before the new excise duty regime kicks off.

However, she stated that there would be no increase in excise duty of other locally produced goods.

Adeosun stated that the new excise duty rates were spread over a three-year period from 2018 to 2020 in order to moderate the impact on prices of the products.

The minister explained that Nigeria’s cumulative specific excise duty rate for tobacco was 23.2 per cent of the price of the most sold brand, as against 38.14 per cent in Algeria, 36.52 per cent in South Africa and 30 per cent in The Gambia.

The new specific excise duty rate for alcoholic beverages cuts across beer and stout, wines and spirits for the three years covering 2018 to 2020.

The finance minister disclosed that the new excise duty regime followed all-inclusive stakeholder engagements by the Tariff Technical Committee of the Federal Ministry of Finance with key industry stakeholders.

According to her, the upward review of the excise duty rates for alcoholic beverages and tobacco is to achieve a dual benefit of raising the government’s fiscal revenues and reducing the health hazards associated with tobacco-related diseases and alcohol abuse.

She said, “The Tariff Technical Committee recommended the slight adjustment in the excise duty charges after cautious considerations of the government’s fiscal policy measures for 2018 and the reports of the World Bank and the International Monetary Fund’s Technical Assistance Mission on Nigeria’s Fiscal Policy.

“The effect of the excise duty rates adjustment on trade and investment was also assessed by the Federal Ministry of Trade and Investment and it adopted the recommendations of the TTC.

“Furthermore, peer country comparisons were also carried out showing Nigeria as being behind the curve in the review of excise duty rates on alcoholic beverages and tobacco.”

Following the President’s approval, Adeosun stated that the new excise duty rate on tobacco was now a combination of the existing ad-valorem base rate and specific rate, while the ad-valorem rate was replaced with a specific rate for alcoholic beverages.

The minister added, “For alcoholic beverages, the current ad-valorem rate will be replaced with specific rates and spread over three years to moderate the impact on prices. This will curb the discretion in the unit cost analysis for determining the ad-valorem rate and prevent revenue leakages.

“For tobacco, the government will maintain the current ad-valorem rate of 20 per cent and introduce additional specific rates with the implementation to be spread over a three-year period to also reasonably reduce the impact on prices.”

The minister added that the new excise duty regime was in line with the Economic Community of West African States’ directive on the harmonisation of member-states’ legislation on excise duties.

The ECOWAS Council of Ministers at its 62nd and 79th ordinary sessions in Abuja in May 2009 and December 2017, respectively, issued directives on the harmonisation of the member states’ legislation on excise duties.

The directives seek to harmonise member-states’ legislation on excise duties of non-oil products and stipulate the scope of application, rate of taxation, taxable event and amount.

The Director-General, Lagos Chamber of Commerce and Industry, Mr. Muda Yusuf, said the increase in excise duties on the commodities would lead to price hike, while demand would drop.

He stated, “As a matter of general principle, I believe that anybody involved in domestic production at this time needs all the support that the government can give them. First, because of the need to create jobs; unemployment is a very big problem. When you talk about excise duties, you are talking about tax on domestic production.

“We need to be careful about the way we impose taxes on productive activities in the economy. But for tobacco, because of the health hazards that it exposes people to, I don’t mind; the less of it we have, the better. Apart from tobacco, it is not advisable to impose excise on any other activities in the economy, because those who are in the real sector are facing enough troubles already. And we are at a time when we want to create jobs and diversify the economy.”

According to him, there are other manufacturing concerns that are affected by this imposition of excise duties.

“Generally, investors are being over-taxed in this economy, and it is not good for growth, for poverty reduction and job creation. Rather than encourage investors, you are burdening them with taxes at the federal, state and local levels,” Yusuf added.

The Head, Media and Campaign, Environmental Rights Action/Friends of the Earth Nigeria, Mr. Philip Jakpor, described the move to increase the excise duty on tobacco as a welcome development and asked the government to do more.

He said, “This is one of the things we have been demanding for years. When you increase the duties, what you are inadvertently doing is that you are forcing the price of tobacco products to go up. And once it goes up, fewer people will be able to purchase.

“Tobacco is dangerous to health, and the product is cheapest in Nigeria compared to other parts of the world.”

The Registrar, Chartered Institute of Finance and Control of Nigeria, Mr. Godwin Eohoi, said the increase in excise duties on alcohol and tobacco was long overdue.

He stated that with the Federal Government shifting emphasis away from oil revenue, there was a need to increase the rates on other luxury items in the country.

He added that the imposition of additional levies on some of the items would help the government to redistribute income.