Chimamanda Ngozi Adichie spoke to BBC’s Focus on Africa about her family, Africa, and the upcoming movie adaptation of her novel Americanah, with black Panther stars Danai Gurira and Lupita Nyong’o playing key roles and also revealed what her family thought of her in the process. The renowned writer,  and feminist disclosed that her brothers still could…”
Editor
Entertainment 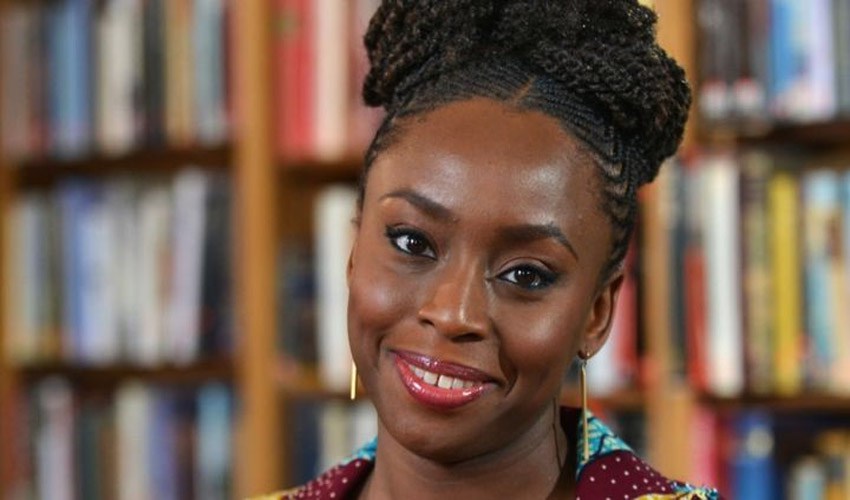 Chimamanda Ngozi Adichie spoke to BBC’s Focus on Africa about her family, Africa, and the upcoming movie adaptation of her novel Americanah, with black Panther stars Danai Gurira and Lupita Nyong’o playing key roles and also revealed what her family thought of her in the process.

The renowned writer,  and feminist disclosed that her brothers still could not understand why people paid to listen to her speak. She siad;

I have a wonderful family. And that’s actually why I can be who I am. I was raised by the most wonderful parents who allowed me space to be who I am.

So, I have that support system and they keep me, you know, sort of normal.  I don’t really remember that I’m “famous” when I’m at home. Because, also my brothers just laugh. They’re like, ‘people actually pay money to hear you talk? Why?’

So, hearing that often, or when I wear clothes that I think are very lovely, my brother will look at me and be like: ‘What is happening?’ So those things are very good for me.

On Africa, she said:

I think the larger narrative of Africa remains one of catasthrophe. One of a place in need. But I think on the edges of that main narrative things are changing.

I think people are  – some people – are more willing to see Africa as the complex place that it is, full of many, many problems but also full of innovation and dreams and talents.

So, I think in general I’m ever so slightly hopeful about the coverage of the continent, in some quaters, I have to say.

I feel like I really have to make sure this opinion is… that I’m very measured.

On Misogyny, the mother-of-one said:

I think maybe one of the best illustrations is the kind of automatic hostility that people feel the minute the subject of feminism comes up. So, people don’t want to engage with it.

The idea of misogyny, that i dea that women are somehow inferior, isn’t something that only men have, women have it too.

It’s like the air that we breathe. Wa all breathe in misogyny.

So we all have to make the decision to un-breathe it.

Women judge other women, particularly powerful women, more harshly. But it’s important to remember that it’s also a result of patriarchy. In the end, who is benefitting? That’s the question.

When women judge other women harshly, It’s men who are benefitting.

On the movie adaptation of her novel, Americanah, she said:

Danai [Gurir] is writing. She’s going to do the screenplay and I love that she’s doing it. I think it’s going to be very good.

She’s sublime. Her thinking is sublime. She has a fantastic mind.

And I love Lupita [Nyong’o] obviously.

So, she’s going to play Ifemelu. We’ve agreed that the Nigerian accent has to be done right.

South African Rapper AKA Reveals The Reason For His Bitterness

Trouble In Paradise: All You Need To Know About Ooni Of Ife’s Failed Marriage To Olori Wuraola