(Published in The PUNCH of Monday, August 3, 2018) Though Yoruba parents sired me, Igbo blood runs in my veins. Since the 1980s when personal rebellion took me to the land of the rising sun, I’ve identified with the Igbo and their quest for self-identity which kindles the hope that challenges fear and reassures of…”
Yusuf
featured Op-Ed 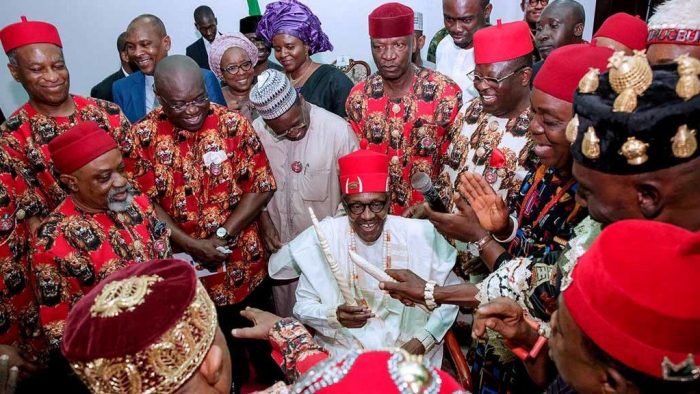 Though Yoruba parents sired me, Igbo blood runs in my veins. Since the 1980s when personal rebellion took me to the land of the rising sun, I’ve identified with the Igbo and their quest for self-identity which kindles the hope that challenges fear and reassures of a lofty future in an oppressive nation. My rebellion begot mischief. It also booked me an appointment with fate.

Seeing science and technology as the bedrock of the incoming millennium, daddy fancied a future for his firstborn therein. He encouraged and ensured that son studied sciences, a nasty endeavor I embarked upon just to please him. So, to the University of Lagos I headed in 1986 to study Chemistry, but my misery mind was somewhere else. My mind was with the arts. Finding mysterious titer values, square roots and grappling with some scientific laws other than the 10 Commandments made no sense to me. Dad was expectant son was going to bring home a degree in Chemistry, but son raised some money instead, secretly bought GCE form, filled Art subjects, sat the exam without attending any tutorials, and smashed Baba Yaba.

Still hooked on mischief, son bought JAMB form, filled English Language and Literature as Course of Study, Imo State University, Okigwe, as University of Choice, and I arrived on the wings of history as the first full-blooded Yoruba ever to attend the serene university, which was later rechristened Abia State University, Uturu.

With the new JAMB admission letter and GCE result in the kitty, I went to Uncle Tunji Fayese, to help break the ‘sad’ news to dad because I didn’t have the guts to confront the lion alone. My uncle agreed to embark on the suicide mission with me. Being hardworking and focused, Uncle Tunji remains one of my daddy’s favourite younger ones. He came to our Orile Agege home in Lagos, ate dinner with daddy, and said in a low tone, “Boda mi, oro wa o,” meaning, “My brother, we need to talk.” Then he divulged the mischief that my rebellion had birthed. He showed my daddy the admission letter and the brilliant GCE result. “My brother, let Tunde follow his passion,” Uncle Tunji pleaded in Yoruba. Unexpectedly, dad took the news in his stride, gave his blessing and said all he wanted was that I don’t turn out to be an ‘agbero’ in future.

My first journey to Okigwe wasn’t as eventful as my second because dad went with me on the first journey, and the school, unbeknownst to us, had postponed resumption. It was on my second journey that I came in contact with the unspeakable hospitality of the Igbo. When I reached Okigwe by nightfall, there was no bus heading to the university campus in Uturu. So, I got an okada to take me to the nearest police station.

After searching me and going through my admission letter, a policeman on duty told me I could ‘manage’ till daybreak on the concrete seat inside the lightless station. Another policeman, who was signing off for the day when I came in, later called me aside, and offered, without solicitation, to accommodate me for the night, saying the harmattan and mosquitoes won’t be clement at midnight. He warned, “My place no be Lagos house o. But if na to sleep and wake up, no wahala.” As a teenager, who had never stepped foot outside the South-West, I was very wary because the perception of the average Yoruba about the Igbo was rooted in suspicion just as the Igbo held the Yoruba in equal measure of suspicion, too – till date.

The man’s iron shack had a bed without a mattress. He offered me the iron bed and slept on the floor. As I lay on the iron spring, my mind was awake to every sound in the pitch-dark environment.

I got up by cockcrow, thanked my host and boarded a bus that snaked through the awesome Okigwe-Uturu cashew plains to the campus. From the gate, I beheld the breathtaking beauty of the sprawling university etched in nature and American architecture as I trekked to the Admin Block.

“Gini bu aha gi?” the junior registrar asked. “I don’t understand Igbo,” I said innocently. The official flew off the handle – in Igbo. “What do you mean!? You’ve not entered the university, you’re making yanga. You don’t understand ‘what’s your name!?’” His jaw dropped when I told him my name, and he apologised profusely, saying “You shouldn’t have queued up! Anywhere you go on this campus and there’s a queue, just go to the front and tell them you’re not Igbo. You’re not supposed to be queuing, you’re our visitor. We love visitors.”

I went on to spend the most memorable part of my youth and made lifelong friends on the campus. I didn’t only bag a degree from the university; I also went home with the Igbo language. Looking back, a number of the Igbo friends I made in the university are far better than some Yoruba friends I made much earlier in life. And this is why the South-East remains a second home for me as I spent many Christmas, New Year and Easter breaks visiting friends from one town to the other during and after my university years.

Today, I have an unshakable belief in the ability of the Igbo to lead Nigeria, but happenings within the polity are unlikely to make my belief materialize in 2023 – though I’m not an advocate of power rotation – I believe in the emergence of best hands for leadership positions at all times. Power rotation should stop after an Igbo presidency, please. I agree with the Igbo that the Muhammadu Buhari-led administration is a rich failure – going by the meaning of leadership. The first black US Secretary of State, Colin Powell, says leadership “ultimately comes down to creating conditions of trust within an organization. Good leaders are people who are trusted by followers. Leaders take organizations past the level that the science of management says is possible. You’re serving selflessly as the leader — not self-serving selflessly…” Last week, US Ambassador to Nigeria, Stuart Symington, aptly described any nation that cannot feed its people as a failure, indicating that ineffectiveness was a bane of leadership. That the Buhari administration has failed on these counts is incontestable.

I won’t dwell on the mental poverty that prevents Nigerian leaders from capturing their visions in powerful speeches as witnessed in sane countries, rather, I would adapt the evergreen speech of President Barack Obama to Nigeria’s political milieu, and ask if President Buhari could say, “There’s not a North-East, North-West, North-Central, South-East, South-South, South-West in Nigeria – there’s (only) the Federal Republic of Nigeria…”

In the final analysis, I think Ndigbo elite need to strategically place the race on the threshold of political power against 2023. I believe it’s in the overall interest of the Igbo for Buhari to complete another term while the race stakes its claim to the Presidency in 2023, instead of working for another Northerner now, who would most likely spend the next eight years in the saddle. In the event of this possibility, some other regions, most probably the South-West, are likely to say that by midwifing another eight years for a new Northern President, the Igbo should forfeit their turn to the Presidency.

If he wins next year, Buhari, by 2023, will rise from the ashes of a lifeless presidency and rally the North to hurt Ndigbo. Who’s to blame if he does so? Onye?